Halfway through the split, the title contenders have emerged. 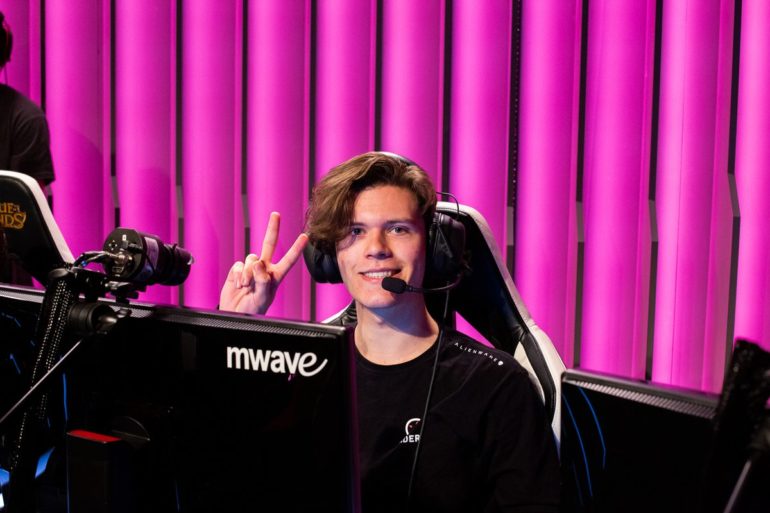 The Oceanic Pro League in 2019 has been closer than ever before. Instead of the Dire Wolves—or another team—being clear front runners, there’s been multiple contenders for the title in both splits. While the Bombers rose up above the rest in split one, split two is less clear, with every game shuffling the table.

As the halfway point of the split passes, we’ve taken a look at where all the teams stand, and their chances of being Oceania’s representatives at Worlds 2019.

Out of contention: Legacy, Gravitas

Legacy and Gravitas find themselves flailing at the bottom of the pecking order. Both teams are made up of talent that needs time to mature, although there’s some OCS players that might come knocking on their doors in the near future.

For Legacy, split two is looking a lot like split one except they don’t have the Dire Wolves to take free wins off anymore. Mark “Praedyth” Lewis has been a shining light for the otherwise mediocre team, but heads will almost certainly still roll in every other role.

Gravitas haven’t been faring much better. Julian “Raid” Skordos has been plagued with wrist injuries, and the rest of Gravitas are struggling for consistency. Each player has put up decent individual performances throughout the split, but very rarely have they found a game where everyone pulls their weight.

Both teams are almost completely out of contention for the gauntlet, and will need a dramatic turnaround in the second half of the split to come close to challenging for a Worlds spot.

The Bombers, Dire Wolves, and Order are three teams that have a lot to prove. The reigning champions, one of the most dominant franchises in Oceanic esports history, and the veterans who have been close to greatness time-and-time again. One of these teams will have to sit on the sidelines for the gauntlet, however, and it’ll mark the end of an era one way or another.

The Bombers took home the title in split one, but losing Choi “BalKhan” Hyun-jin and Victor “FBI” Huang put a significant dent in their firepower. Neither Jeong “Wilder” Jin-woo nor Carlo “Looch” La Civita have filled in their predecessors’ shoes, and they’ve taken time to find their footing. Missing the gauntlet will be a dramatic fall from grace for the Essendon-based team, who looked like one of the best teams ever assembled in Oceania just three months ago.

On the other hand, the Dire Wolves found themselves dead last, taking only one game win in split one. Completely revamping their roster with the likes of Oh “Raise” Ji-hwan from G-Rex and Eun “Totoro” Jong-seop from Sandbox Gaming has at least given the four-time champions a fighting chance to take a gauntlet position in split two.

The overall lack of experience of the squad might cause them fall out of the gauntlet come season’s end, though. Robert “Katsurii” Gouv has looked okay, and so has Brandon “BioPanther” Alexander, but Jarod “Getback” Tucker and Ian “Corporal” Pearse have a long way to go.

Order managed to run the gauntlet in split one to earn themselves a spot in the grand final, but were once again stopped short. After almost two seasons of top-half finishes without a title, the veteran roster might have to change things up for 2020 if they fail to qualify for the gauntlet.

Avant and Mammoth have been contesting the top of the OPL table for the first few weeks of OPL 2019 split two. A legion of stars and a contingent of young guns headline both teams, with both teams bringing some innovation in split two to set themselves apart.

Avant got off to a fast start by only dropping a game to the Bombers in week one before going on a four-game winning streak. They’ve started to falter heading into the second half of the season, with another loss against the Bombers and the Chiefs in weeks four and five.

Ryan “Chippys” Short is playing at his best, and Park “Miru” Mi-reu is looking like the second coming of BalKhan. But Avant need to keep the momentum going in the second half of the season, or they might just fall off like they did in split one.

Mammoth also had a strong start to split two after a disappointing split one saw the experienced squad bow out in fifth. Prodigical top laner Ibrahim “Fudge” Allami still has some way to go in converting his solo queue prowess onto the OPL stage, but he has looked decent in most appearances so far.

Stephen “Triple” Li is arguably the second-best mid laner in the league right now, while Calvin “k1ng” Truong and Mitchell “Destiny’ Shaw have long been some of Oceania’s best players. If they can ignite the fire that sent them to multiple international events, Mammoth have a chance to making it to Worlds for the first time in the organisation’s short history.

The favourite: The Chiefs

With all of this, though, the favorites for this split are by far the Chiefs. A team which saw so much success in the early years of the OPL, the Chiefs have been long overdue a visit to an international event. Being knocked down by the Dire Wolves three splits in a row, then choking against Order in split one’s semi-final, the Chiefs will be hungry for a finals victory.

Bill “Eyla” Nguyen is proving to be one of Oceania’s rising stars, giving plenty of hope for the future of this roster. Romeo “Thien” Tran has also looked solid when subbing in for veteran Brandon “Swip3rR” Holland, while Brandon “Claire” Nguyen is putting in a case for MVP with some remarkable performances in split two.

If the Chiefs can hold out some fast finishers and maintain their top-tier form, there’s no reason why they shouldn’t get a crack at the world’s best in Europe.

The OPL returns on June 19.