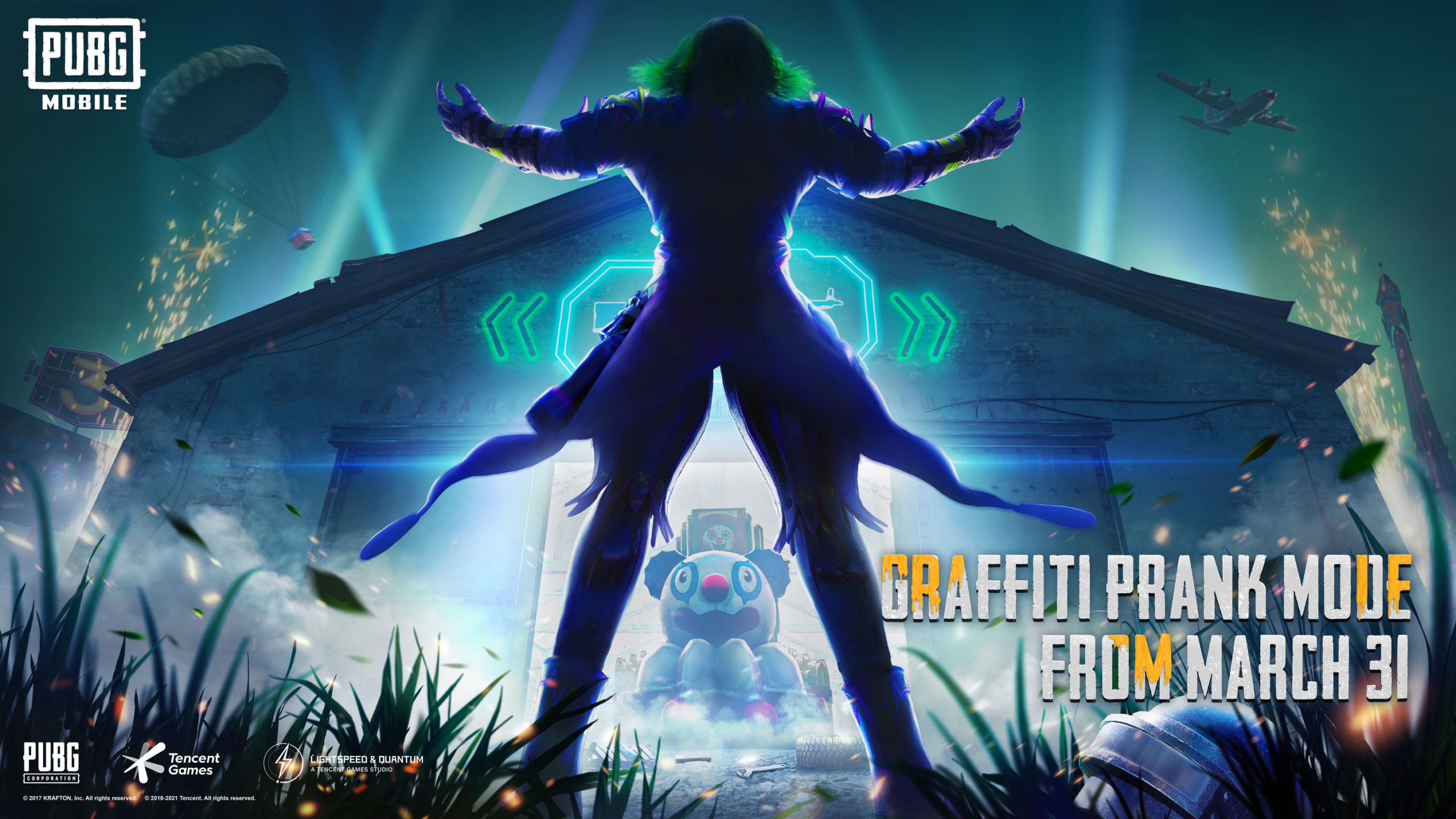 PUBG Mobile unveiled the Graffiti Prank mode, which will be coming to the game on March 31, today.

The Graffiti Prank mode wasn’t mentioned in PUBG Mobile’s 1.3 patch notes. Likely, the mode is actually the “Clowns’ Tricks Gameplay,” which was supposedly launching on the same day, as per the patch notes. Tencent may have decided to change its name before releasing it.

According to the patch notes, clowns will arrive on the Anniversary Celebration Square in Erangel in this mode. The teaser posted by PUBG Mobile on Twitter today also shows a clown.

These clowns will be graffitiing in the celebration square. A Clown Shop Vehicle will also arrive in Erangel. Players will be able to collect Clown Tokens which can be exchanged for supplies and other “special strategic items” in the Clown Shop.

These strategic items will contain information about the next play zone, airdrop, and the density of enemies in the entire map.

Other than the Graffiti Prank, another new mode is coming to PUBG Mobile soon. During the game’s third anniversary party on March 21, Tencent announced a collaboration with the action and sci-fi movie, Godzilla vs. Kong. As a part of this collab, a new mode featuring both of these beasts will arrive into PUBG Mobile. No more details about it have been revealed yet.