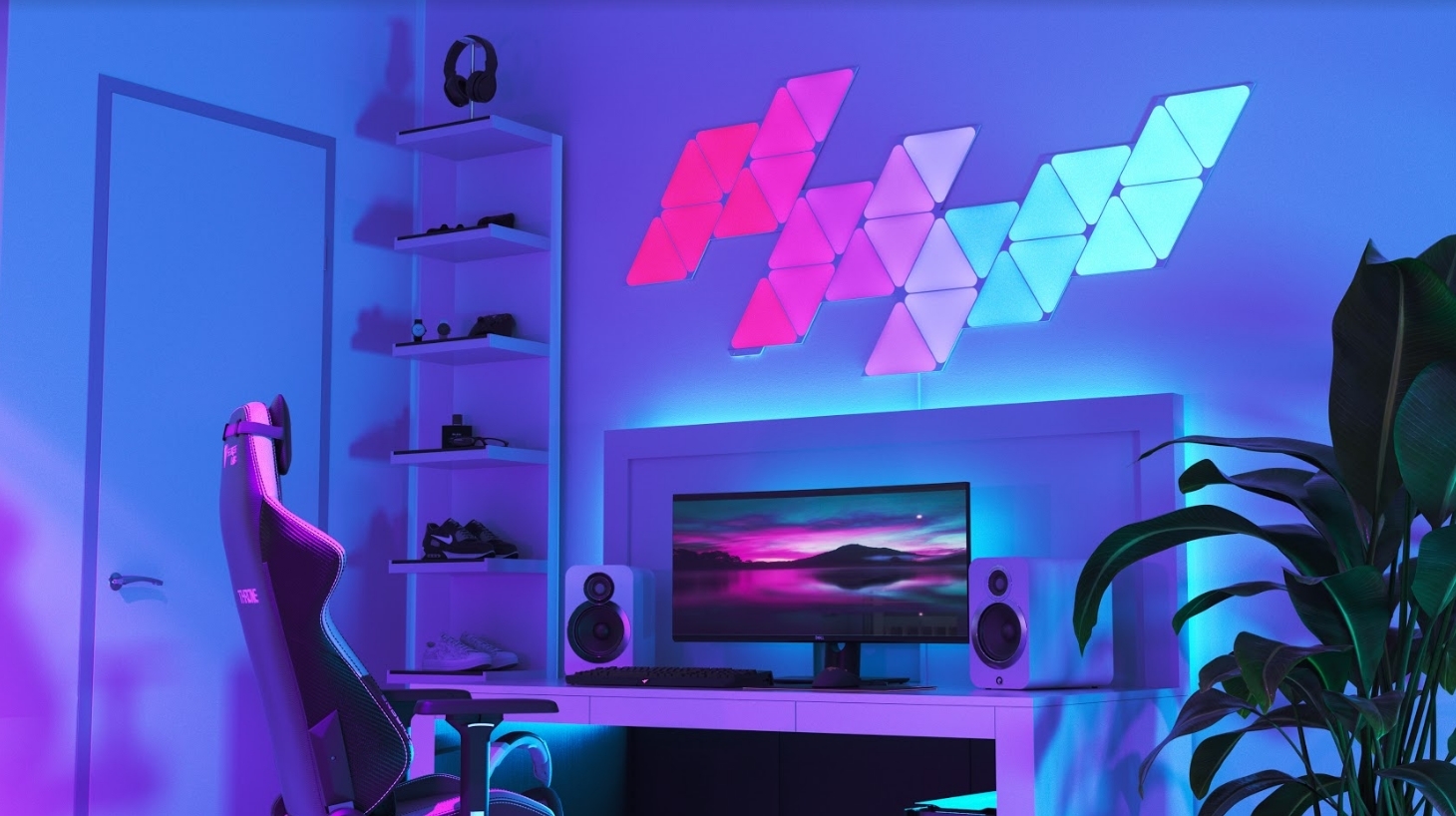 It’s kind of amazing how much some slowly pulsing lights can calm you or maintain your mood as you work or game.

If you’re someone who frequents Twitch streams, you’ve likely seen Nanoleaf’s products before, even if you don’t know it. They’re the cool-looking light panels adorning streamers’ walls behind them, changing colors and patterns on a whim.

Nanoleaf isn’t just for broadcasters, though. After using them for about a week, the light panels help maintain moods and different vibes for any number of different scenarios in a gaming setup, office, or even your bedroom.

The setup for Nanoleaf may seem daunting at first, which isn’t helped by the in-box instructions. Thankfully, there are plenty of videos available to help with the process, which is easier than it seems.

Using shapes such as hexagons and triangles, you can combine the panels into different patterns to make eccentric shapes, spell out a name, recreate a logo, and more. The only thing standing in the way is your own creativity, but Nanoleaf supplies you with some good ideas, too.

You have to plan out what your layout of panels will be beforehand because the best way to put them up on a wall is to snap pieces into place after the base pieces are already stuck on the wall. Once you place a few panels, though, it’s a breeze.

There’s no shortage of different color combinations, patterns, and speeds on the Nanoleaf app. You can even create your own. It’s an endless world of colors and vibes that you pick with a few quick taps or button presses.

Whatever mood you’re in or whatever the setting may be, Nanoleaf has it. You can put up a dull, purple scheme for when it’s time to chill before bed or a vibrant, pulsing one for when you’re blasting music. You can even have the Nanoleaf lights pulse along to the beat of your choosing.

There’s no getting around the price point for Nanoleaf, which will scare away many. The starter kits begin at $199 and expansions like mini triangles will run you $120. But for those looking to really glow up their man cave or gaming room, it may be worth it.

After a few days of trying out different patterns and designs, I’ve found perfect schemes on the app for when I’m working (“Sleepy Waves”), gaming, or even relaxing in bed (“ZzQuil”) with designs uploaded onto the app by other Nanoleaf owners. It’s here where you’ll find yourself experimenting and having a lot of fun to find your own personal vibe.

There’s really something for everyone, and every situation, with a Nanoleaf setup on your wall. And that’s where it truly shines.