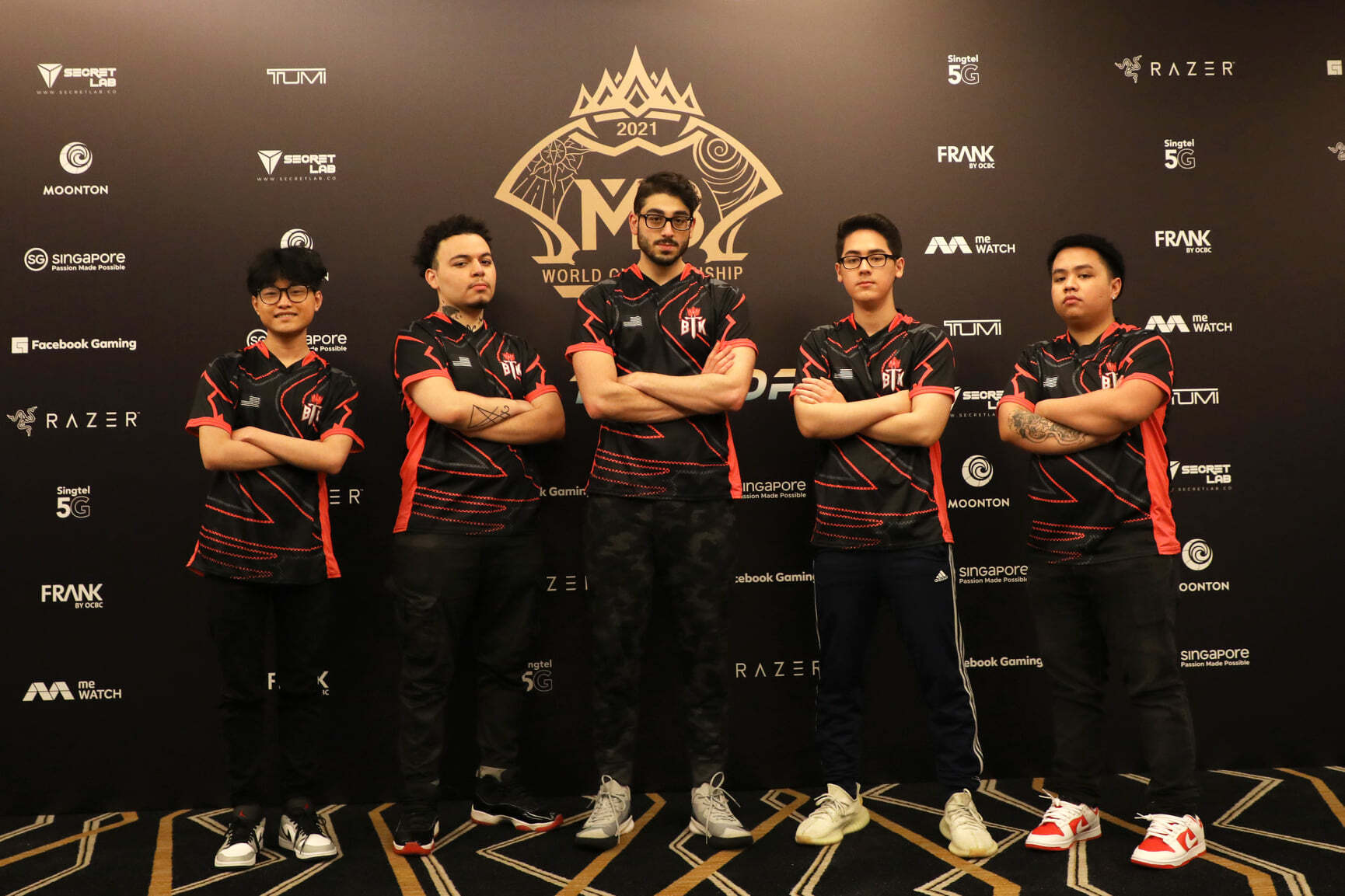 This article is written in partnership with MOONTON. Download MLBB for free today.

Despite the loss, the sole North American representatives made history at the competition by finishing in third place. They came into the tournament as the underdogs, with fans not expecting the independent organization to go very far. After an astounding run in the upper bracket of the playoff, where they took down Blacklist International and EVOS SG, the team shut down many doubters and put North America on the world map.

BTK’s third-place finish essentially makes North America the second-best region in the world in MLBB. The team showed tremendous determination throughout the M3, having adapted to strategies from the more experienced regions of SEA, while keeping up with the pressure of competing on the world stage. The team comprises Victor, FwydChickn, SHARK, MobaZane, and ZIA.

BTK looked in control throughout the competition, and their opponents could only find a chunk in their armor today. It was also the first time they were competing in front of a live audience. Onic PH clean swept the NA team 3-0 after a dominant performance as they exploited BTK’s narrow hero pool and took control in all three games.

After the loss, BTK moved to the lower bracket finals where they were up against the Filipino champions Blacklist International. They had already defeated Blacklist in an intense series earlier in the playoffs and were looking to replicate the result and cement a spot in the grand finals.

Blacklist, however, showed why they are one of the favorites at the M3 and closed the first two games in the series with surprising ease. They played passively and made sure to not overextend while focusing on macro plays.

BTK weren’t going down without a fight, though, and made a strong comeback in the third game to deny Blacklist the possibility of a clean sweep. After locking in their comfort picks, BTK had an aggressive early game, a strategy that has favored them throughout the M3. They snowballed the rest of the match to shatter Blacklist’s base.

While North American fans were expecting this to be the start of a comeback, BTK couldn’t pull it off. They had a strong early game in the fourth match as well and carried a lead into the mid-game. However, after losing a late-game team fight around the Enhanced Lord’s pit, Blacklist stormed down BTK’s base and destroy it.

With the third-place finish, BTK can return home with their heads held high and an $80,000 share of the prize pool. They will be looking to dominate locally again and return next year with their eyes on the trophy.