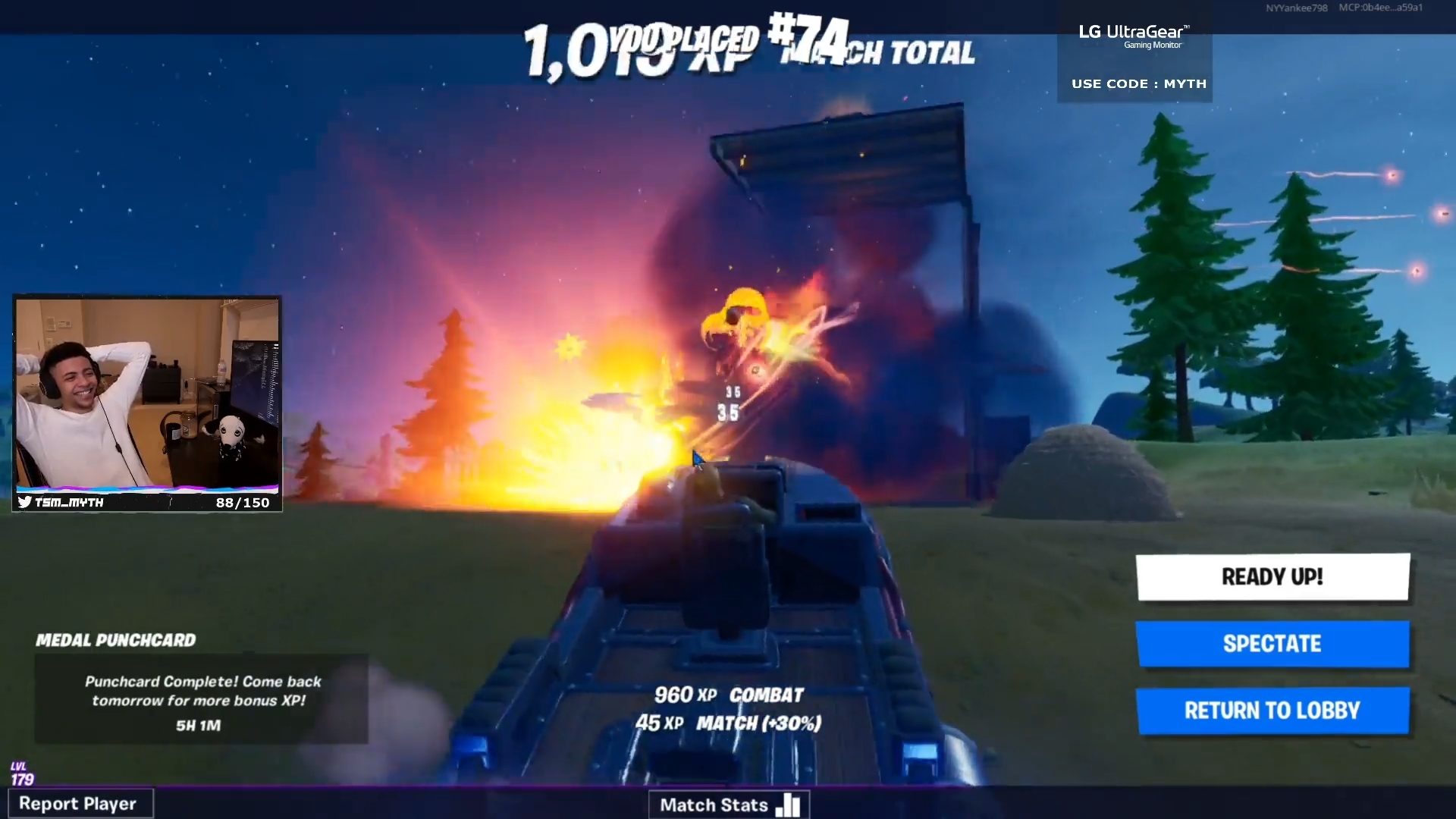 TSM Fortnite player Ali “Myth” Kabbani was relaxing in some Solos last night when he was approached by what seemed like the apocalypse brought to life in-game.

It wasn’t a dominant player with all-gold weapons or a pro builder. It was literally just a man in a flying boat with infinite mech rockets. Yes, you read that right.

The hacker obliterated Myth with ease before continuing his rampage on the map, annihilating everything in his path with never-ending rockets. The flying boat sped around the map with super speed, firing a volley of rockets that killed a number of other players while Myth kept watching.

Myth couldn’t help but crack up laughing at the ridiculousness of what he was seeing. He also made light of the situation by calling the hacker “Jarvis,” the FaZe Clan player who was recently banned for using aimbots in casual Solos.

“What the fuck is that?” Myth yelled in disbelief. “What the… oh my god.”

His chat blew up with laughter and emotes while everyone who witnessed the hack couldn’t believe what they’d seen. Fortnite players everywhere likely hope this is the last time anyone sees this hack, no matter how funny it is, because it’s just plain ridiculous.