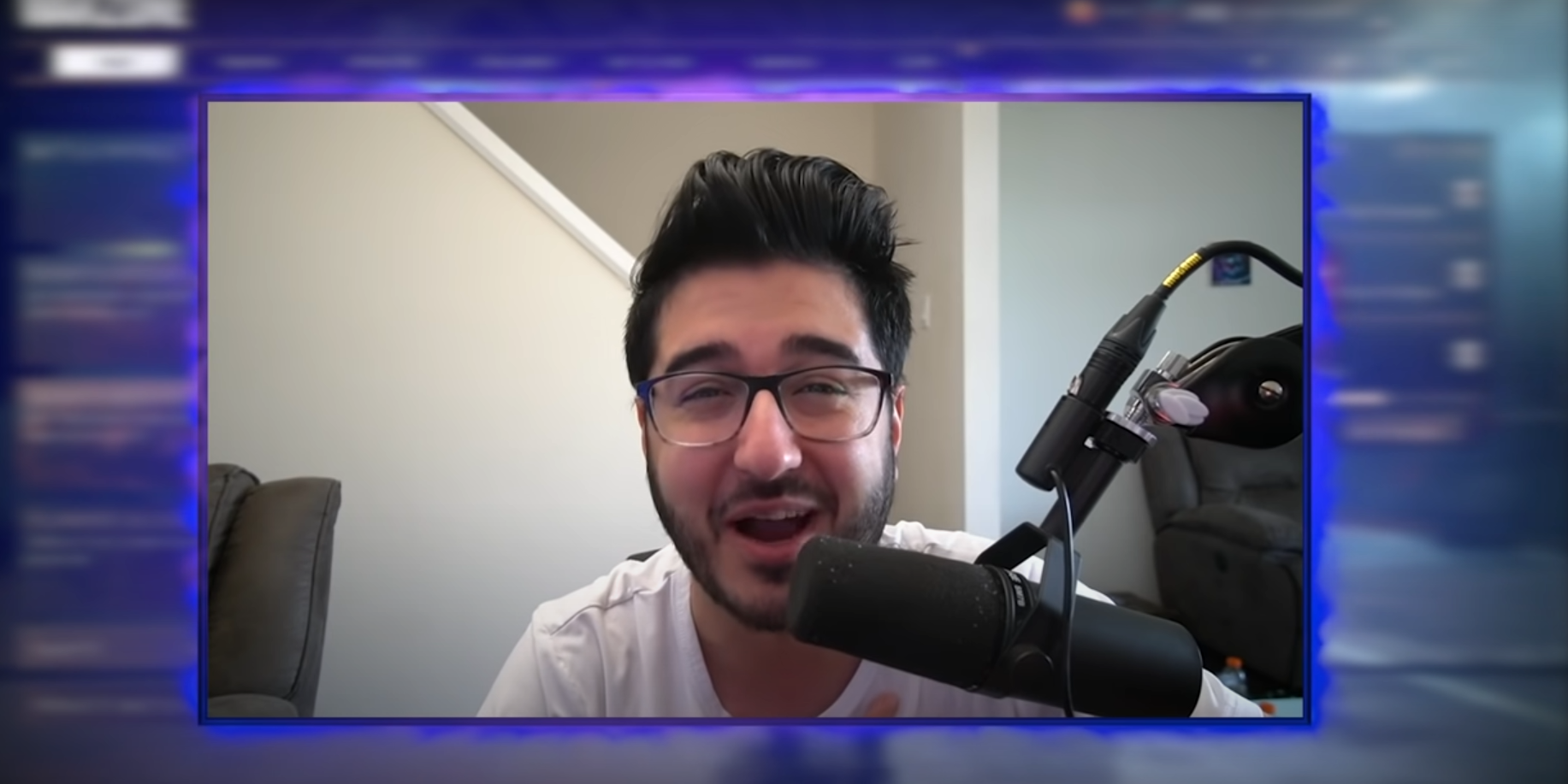 Charles “MuTex” Saouma is a former substitute player for the Dallas Empire. After an unfortunate decision ruined his professional Call Of Duty career, the former pro moved to streaming.

MuTex streams Call Of Duty: Warzone full-time, taking part in many Warzone events on Twitch. He’s currently ranked 24th with 124,608 kills and 563rd with 1,258 wins on the Warzone global leaderboard. MuTex also holds a few world records from Warzone’s Season Three with 56 kills in Solo Duos, 61 kills in Solo Quads, and 111 kills in as a Trio Quads with ZLaner, and Almond.

Although MuTex plays on PC, he’s definitely playing with a controller. With over 10 years of experience on a controller, playing on a PC only gives MuTex a PC performance advantage. MuTex is currently using the default PS5 DualSense controller, but before the release of Sony’s PlayStation 5, he was using the Battle Beaver custom controller.

A powerhouse PC pushing Warzone at more than 200 frames per second needs a monitor that keeps up without screen tearing to provide smooth and responsive gameplay.

The Alienware AW2521H is a 24-inch monitor with a maximum resolution of 1080p at 360Hz. With a screen refresh rate of 360Hz, this monitor is made for competitive gaming. In addition to supporting Nvidia G-Sync, it has an incredible one-millisecond response time. The Alienware AW2521H comes with an RGB feature and many ports, such as HDMI 2.0, DisplayPort 1.4, and a SuperSpeed USB 3.2 Gen 1 port with the Nvidia Reflex Latency Analyzer. Although the Reflex Latency Analyzer is a new technology, many games and manufacturers are already implementing it.

When it comes to Warzone, sound can be the differentiating factor between two players. The Sennheiser HD 600 is a studio-quality headset known to be one of the best HiFi headsets around. It’s made of 42-millimeter drivers and 38-millimeter diaphragms. The open-back ear cups allow for a controlled airflow that provides less fatigue after long use. Although the Sennheiser HD 600 doesn’t have any marketed gaming features, it provides accurate audio in any game.

MuTex uses the SteelSeries Apex Pro TKL. This keyboard is an advanced mechanical keyboard with customizable per-key sensitivity. It’s described as the best-selling TKL keyboard with the fastest response, actuation, and reliable durability. MuTex doesn’t play Warzone with the keyboard and mouse, but this keyboard helps him better interact with the game and the audience.

Advanced gaming mice aren’t only useful in-game but also for normal system use. As a controller player, MuTex doesn’t play Warzone with a mouse, but the Razer Viper Ultimate allows him to control Windows with ease. The Razer Viper Ultimate features up to 20,000 DPI, and boasts a proprietary mouse switch that uses infrared light to give players a staggering 0.2-millisecond response time. This wireless mouse weighs 74 grams and has 70 hours of battery life.

Being talented at Call of Duty makes the stream entertaining, but having a high-quality camera to connect with the viewers makes the experience much better. MuTex is using the Sony A6000, which is a DSLR turned into a webcam, thanks to the Elgato Camlink. The Sony A6000 is using the 24.3 megapixel APS HD sensor considered as one of Sony’s best sensors. The BIONZ X image processor produces an exceptional image quality.

If you are a regular viewer, you’ve probably noticed that MuTex has some of the best quality among Warzone streamers. MuTeX uses a custom PC equipped with an AMD Ryzen 9 5950x CPU, an EVGA Geforce RTX 3090 FTW3 Ultra Hybrid GPU, 64GB of RAM at 3,600MHz, and 1TB SSD. The AMD Ryzen 9 5950x is a 16-core and 32 thread CPU that can push most current games at more than 100 frames and still be able to handle most CPU-intensive tasks. The EVGA Nvidia 3090 GPU is the best gaming GPU available on the market with 24GB GDDR6X of RAM and a Boost Clock of 1,800MHz. The AMD Ryzen 9 5950x paired with the EVGA Nvidia 3090 can push Warzone at more than 200 frames per second to give MuTex a responsive experience.