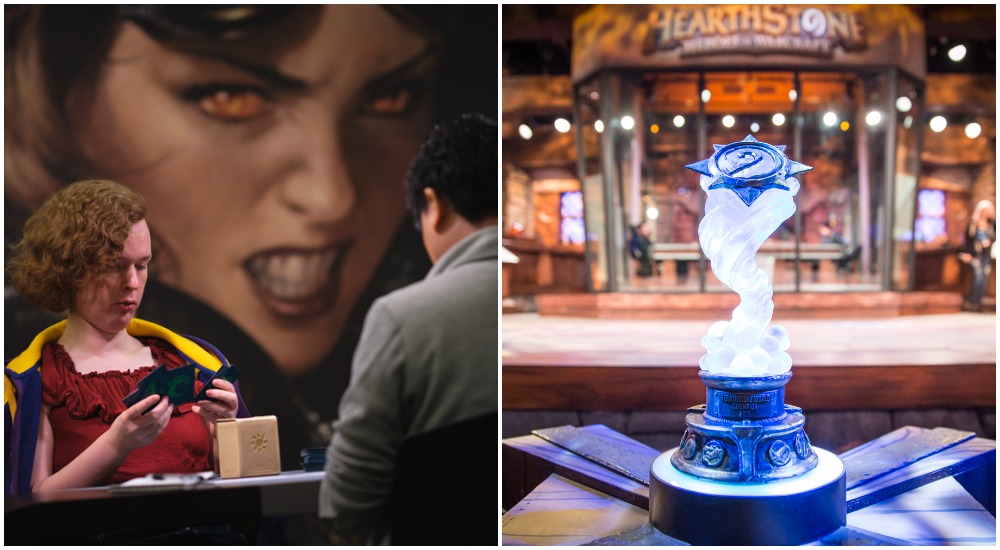 Image via Wizards of the Coast and Blizzard

When it comes to digital collectible card games (DCCG), Hearthstone laid the foundation and set a high bar. But since its launch in 2014, other DCCGs have come on the scene and are making an impact.

A marketing firm, Gamesights Report, shows a major drop in Hearthstone viewership in conjunction with a large increase from MTG Arena. Wizards of the Coast launched MTG Arena into open beta in the summer of 2018 and have been steadily building their streamer audience. Blizzard, however, hasn’t stepped up to the challenge, which is why many feel they’re losing viewership.

The final weekend of April will feature a showdown between Magic: The Gathering and Hearthstone. Both have major Twitch streaming tournaments taking place; MTG has its second Mythic Championship in London—and the release its newest expansion, War of the Spark. With a prize pool of $500,000 and a new mulligan rule being tested, MTG is looking for a repeat in viewership after their first Mythic Championship.

Hearthstone, however, isn’t relinquishing their title on viewership without a fight. Wrapping up its HTC tour for the year in Taipei next weekend is the Hearthstone World Championship. It’ll bring in 16 of the best Hearthstone players in the world as they compete for a prize pool of $1 million.

It’s not just the growth of MTG Arena or the lack of marketing and conceptualization on Blizzard’s part. Dota Auto Chess has also continued to steadily grow (technically not a DCCG), along with Gwent and The Elder Scrolls: Legends.

Who will come out on top with the Twitch viewership when the dust settles? As of right now, it’s looking to be a tight race between Magic: The Gathering and Hearthstone. But in truth, it could go to anyone.