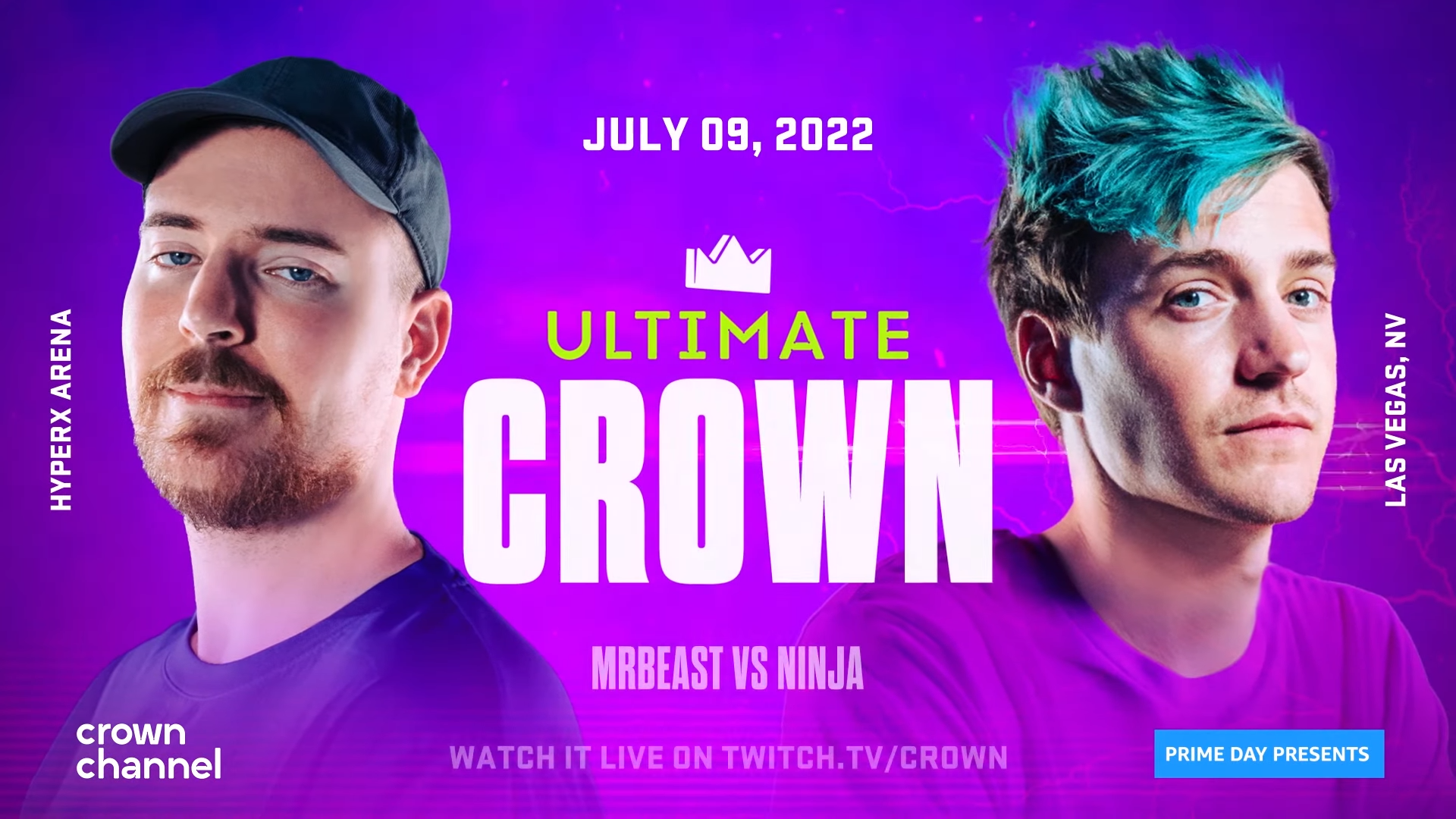 Internet sensations and content creators MrBeast and Ninja have organized their own League of Legends grudge match, dubbed “Ultimate Crown.” The two will lead their own team of five as squad captains, duking it out on Summoner’s Rift for a $150,000 cash prize across a best-of-three series.

The unexpected rivalry began soon after MrBeast gave a vague announcement on June 10 regarding an upcoming League of Legends tournament, dissing Ninja in a reply shortly after. The streamer of Fortnite fame was quick to responded, claiming that he would “dominate” MrBeast in a League of Legends match.

The Twitter banter soon materialized into a full-fledged event.

Though neither of the League teams has been revealed, the two are set to butt heads at the HyperX Arena to finally settle to beef.

Given that both content creators have their own platforms with significant followings, the match will be streamed on a neutral account. Viewers will be able to watch the creators clash on the Twitch account ‘Crown‘ to catch the match live.

The event match will take place on Saturday, July 9 at 4PM PST. The event is currently listed to have a three-hour runtime, but fans can likely expect the broadcast to go over time if the series runs the distance.

As captains of their respective teams, MrBeast and Ninja will clash in a best-of-three series, with the first team to claim two nexuses being crowned the ultimate victor. While competitors will meet in person in Las Vegas, Nevada, the event will be strictly remote for viewers.

Fans are promised some role in the much-anticipated match, however, as Twitch viewers can spam custom emotes to allegedly “influence the matches in real-time,” per Prime Day’s report. Currently, the teams of both streamers are undisclosed and it is unclear if they will include streamers or League of Legends pro players. It is also unclear how prize money will be allocated or if it will be a winner-take-all prize pool.

Though both creators have time to prep and form their team’s synergy, the League of Legends showdown is quickly approaching.