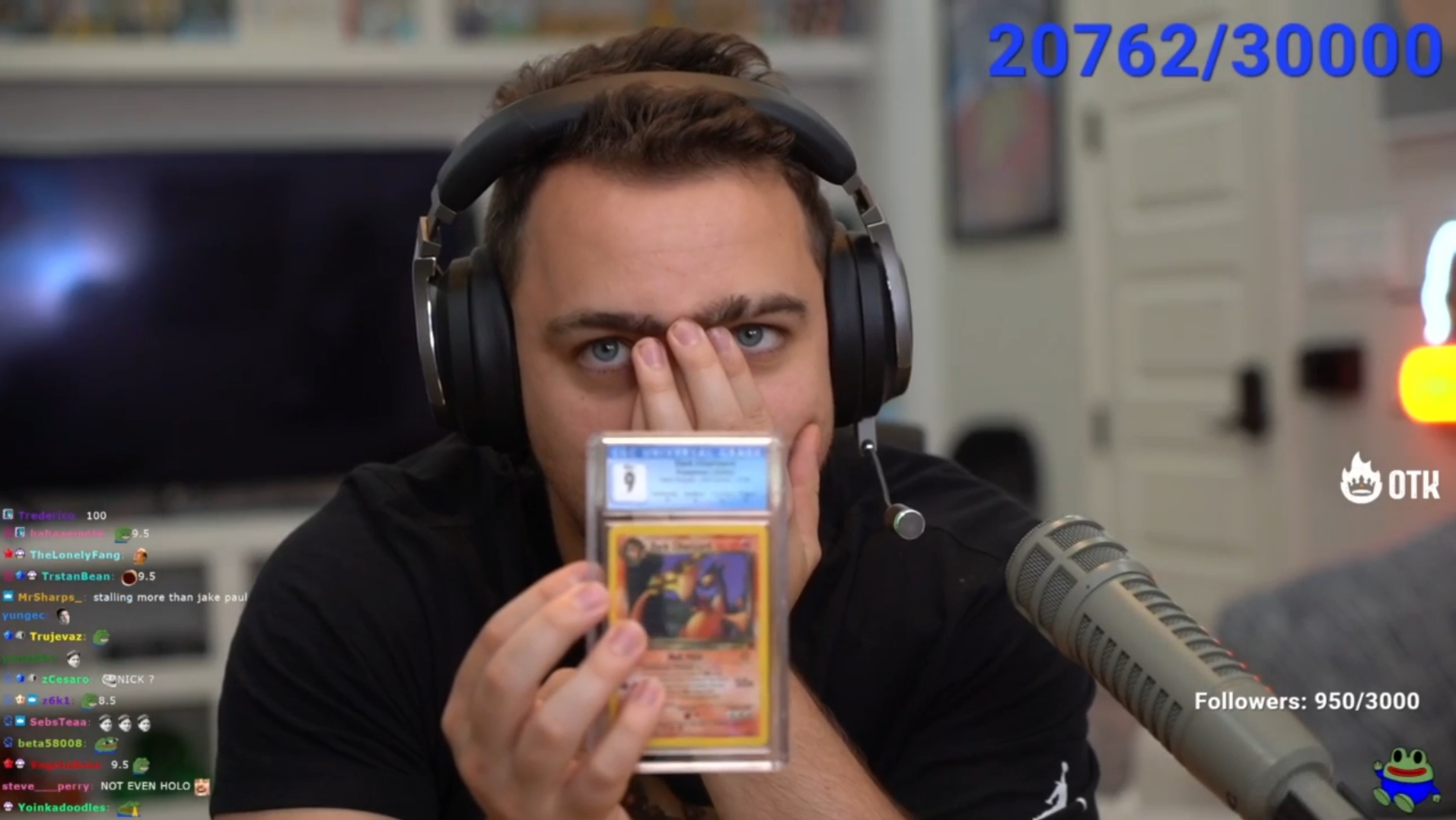 Mizkif faced the harsh reality that sometimes investing in Pokémon cards isn’t the most lucrative hobby after receiving grades back for some of his rarest cards.

On a recent stream, Mizkif showcased each of the graded cards he had received back from recent box breaks on his channel and unfortunately, it wasn’t what he was expecting. As he went through each card it looked to be one nine after another, with the best grade on any card coming with a 9.5 on a holographic Nintetails. And while not planning to sell, although a card graded as a 10 is worth a pretty penny, most collectors like Mizkif aim for a 10 grade to prove the cards are in perfect condition.

When Mizkif unboxed these cards, he was confident he would score a 10 grading on a few of them, but according to CGC themselves, he was wrong. As explained in the clip, with gradings under 10, if Mizkif were to sell these cards he would only recoup a small portion of the $100,000 he claims to have invested into the box.

Recently, Mizkif also received back the grading for the first edition Neon Genesis Lugia that he had pulled with a value of up to $130,000 when graded a 10. Despite looking to be in great condition, the card only received a grading of 8.5, sinking the value.

Without the perfect grading, however, these vintage cards should make a nice addition to Mizkif’s collection and somewhat ease the pain from their decrease in value.