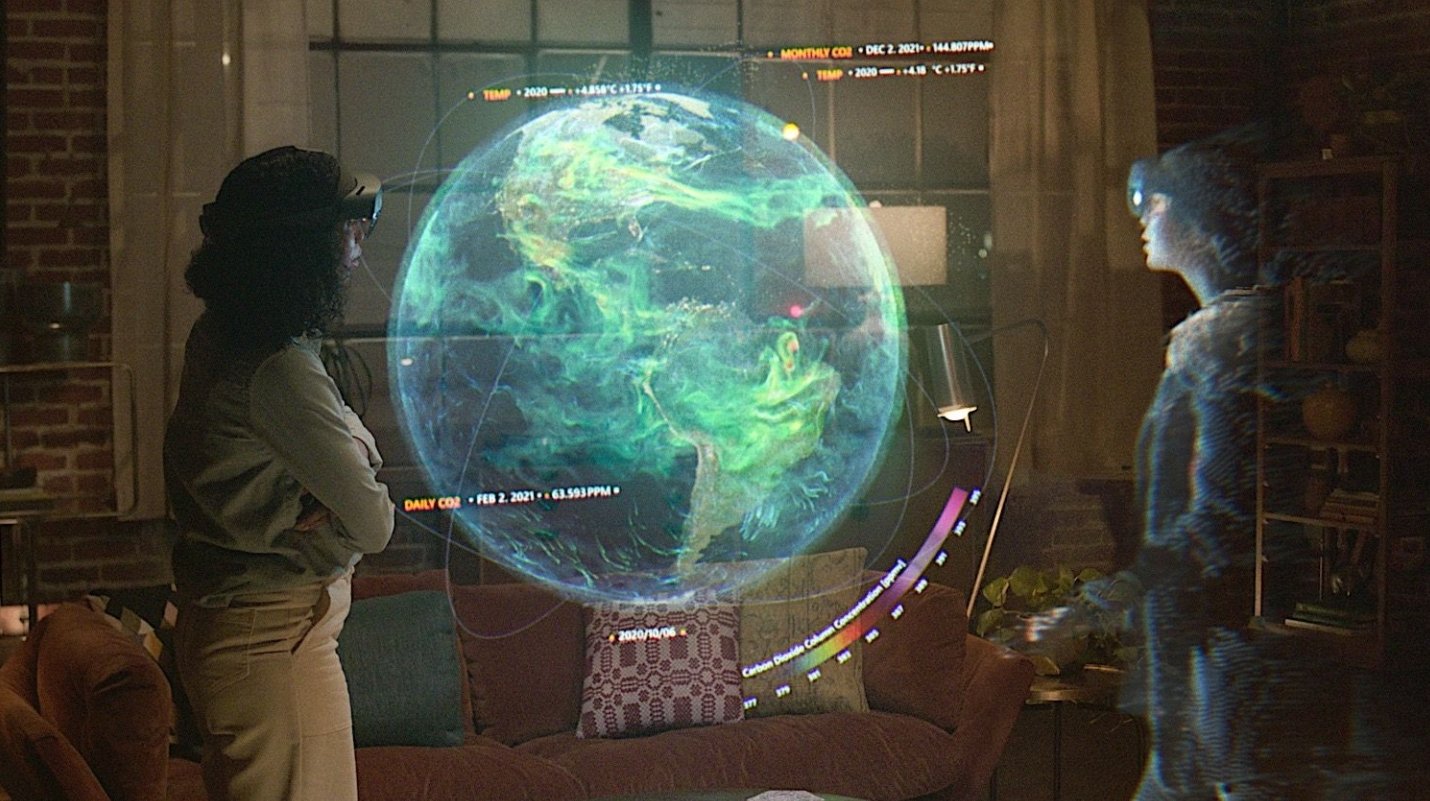 Microsoft has been working on virtual and augmented reality projects for a long time. But in a recent blowout at Microsoft’s Ignite digital conference, the company showed off some of its newest technology.

This new tech is a collaborative platform called Microsoft Mesh, which uses VR and AR hardware to create a virtual meeting room or share virtual experiences in a “mixed reality.”

Alex Kipman, the inventor of Microsoft’s Kinect and HoloLens hardware, walked Tom Warren, a senior editor for The Verge, through a demonstration in which Warren put on a HoloLens 2 headset, entered a virtual space, and was handed a shark.

“This has been the dream for mixed reality, the idea from the very beginning,” Kipman said. “You can actually feel like you’re in the same place with someone sharing content or you can teleport from different mixed reality devices and be present with people even when you’re not physically together.”

The platform isn’t just an app, though. It’s actually a separate platform that’s built on Microsoft’s Azure cloud computing service, which will allow developers of all backgrounds to use Mesh in creative ways. To help build out the platform, Microsoft has already partnered with Pokémon Go developer Niantic and many others to show just what Mesh can do.

In the presentation, a proof-of-concept version of Pokémon Go was shown running on the HoloLens 2. It was designed to showcase the vision for a new collaboration that will build on Microsoft’s and Niantic’s mixed and augmented reality capabilities.

“Our part of this is the work of stitching the digital and physical worlds together, connecting the bits and atoms so these experiences can be possible using the Niantic platform,” Niantic CEO John Hanke said. “But social connections are really at the heart of everything we do, and Microsoft Mesh innovations just enrich that.”

As of now, Microsoft plans to make Mesh available on a majority of VR headsets, mobile devices, and PC. Mesh will also be integrated into Microsoft’s Teams and Dynamics 365 services.

You can learn more about Mesh, the spotlight projects with Niantic and filmmaker James Cameron, and Microsoft’s plans for it on the company’s official website.