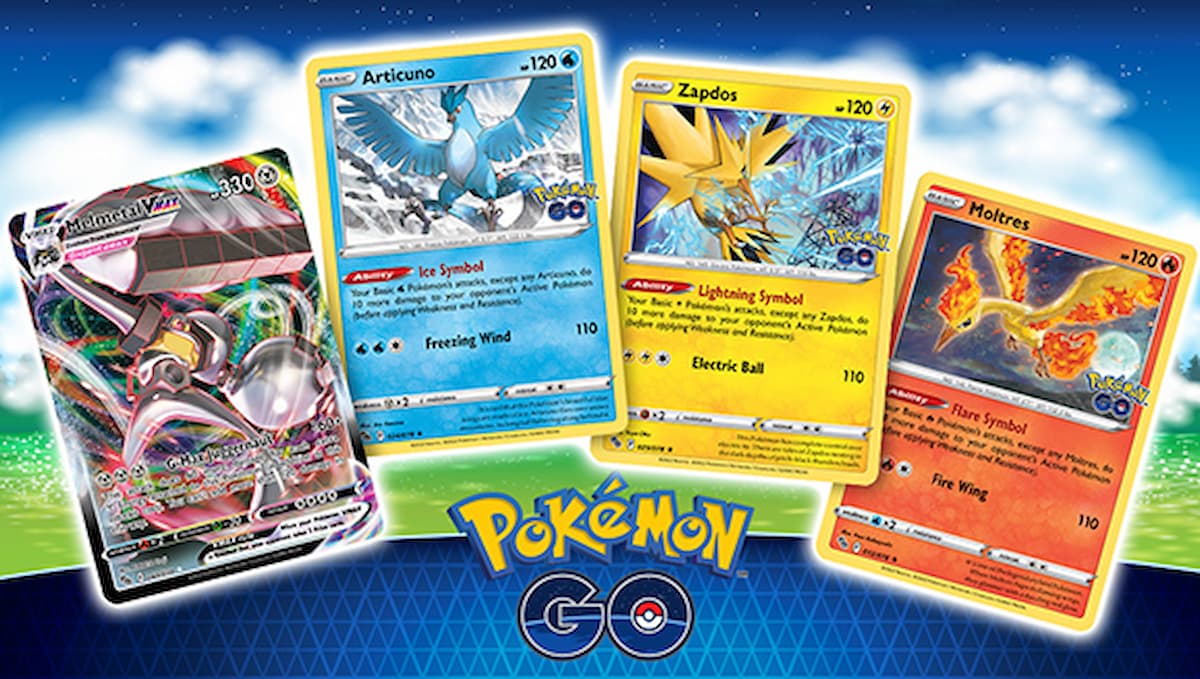 The Pokémon Go and Pokémon TCG collaboration special set will start releasing in waves on July 1, and The Pokémon Company has revealed a few more cards that will be included in some of those products—including a new gameplay mechanic.

Almost all of the cards are Basic variants of popular Pokémon, including Moltres, Zapdos, and Articuno, along with the set’s original Energy cards being revealed with the Pokémon Go logo present on them just like with basically every other card in the set. 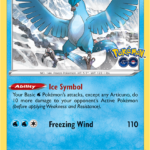 Moltres, Zapdos, and Articuno are all identical cards with abilities that boost the attacks of Basic Pokémon with the same typing. This could lead to some new, Basic Pokémon-centric strategies, especially when adding in cards from other sets.

The one non-Basic card shown off was the new Melmetal VMAX, which looks like an absolute beast that can deal a total of 280 damage on its own using G-Max Juggernaut, although these types of cards don’t tend to see competitive usage.

The Pokémon Go TCG set will also add a unique new gimmick to the game involving Ditto, which will have certain Basic Pokémon cards feature a peelable top layer that will reveal the Transform Pokémon underneath.

The Ditto card itself is also interesting. Its Sudden Transformation ability allows it to use the attacks of any Basic Pokémon in your Discard pile as long as you have the necessary Energy attached. Unfortunately, this does not include any cards that have a Rule Box, such as Pokémon V or Pokémon GX. The peeling mechanic also will not be usable in official Play Pokémon events.

Some people likely hope this mechanic won’t apply to every card, otherwise, fans might pull something like Radiant Eevee only to find out it is a Ditto.

As of now, we have seen a good chunk of the cards that will be included in the Special set, though we have yet to see others like Radiant Venusaur, Radiant Charizard, and Radiant Blastoise, which were previously detailed.