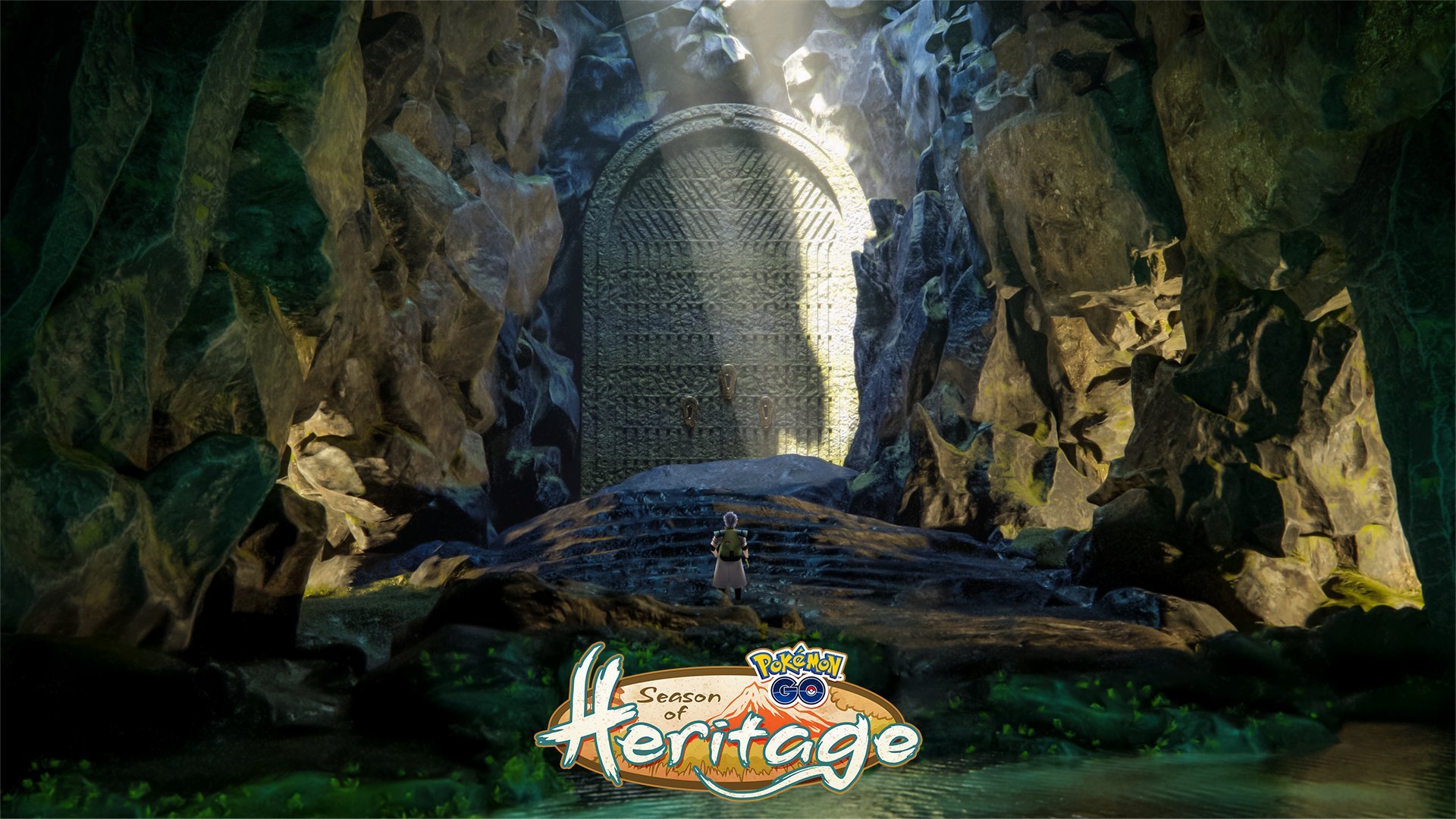 After teasing the Season of Heritage and what it might bring to Pokémon Go yesterday, Niantic has released more details surrounding the new mystery Professor Willow is looking into as part of his research.

From Dec. 1 to March 1, 2022, players will be dealing with new mysterious powers that were discovered during an expedition to a historical site that featured a strange door. The unlocking mechanism for the door currently won’t work, so it’s likely players will only discover what lies behind it as the season goes on.

During each month of the Season of Heritage, players will work alongside one of the three Team Leaders to try and activate the door’s unlocking mechanism, starting with Blanche and a Stardust-themed challenge in December. Players will earn rewards as they collect more Stardust, with a new Deino Hat avatar item up for grabs for anyone who collects 120,000 total Stardust. But it will also be added to the shop at the end of the season.

Players will also get a handful of seasonal bonuses that will run throughout the Season of Heritage, including the following:

We already knew that the 2021 Recap Community Day would be held on Dec. 18 and 19, but we now have confirmation that the next two Community Days are going to run on Jan. 16 and Feb. 12.

New Timed Research will be available each month as a tie-in to the new season, with January and February’s content being locked behind a pre-purchase ticket for the new Pokémon Go Tour. Pokémon Go Tour: Johto will take place on Feb. 26 and 27, bringing the Season of Heritage to an end.

As for December’s new content, Reshiram and Zekrom will be appearing in five-star raids from Dec. 1 to 16, with Kyurem replacing them from Dec. 16 to 31. All three of the Unovan Dragon-type Legendaries can also be encountered in their Shiny variants.

To tie into this trio appearing, a new event, Dragonspiral Descent, will take place from Dec. 7 to 12. More details will be revealed about that soon.

Mega Steelix will be making its Mega Raid debut from Dec. 1 to 23 as well, followed by the return of Mega Abomasnow.