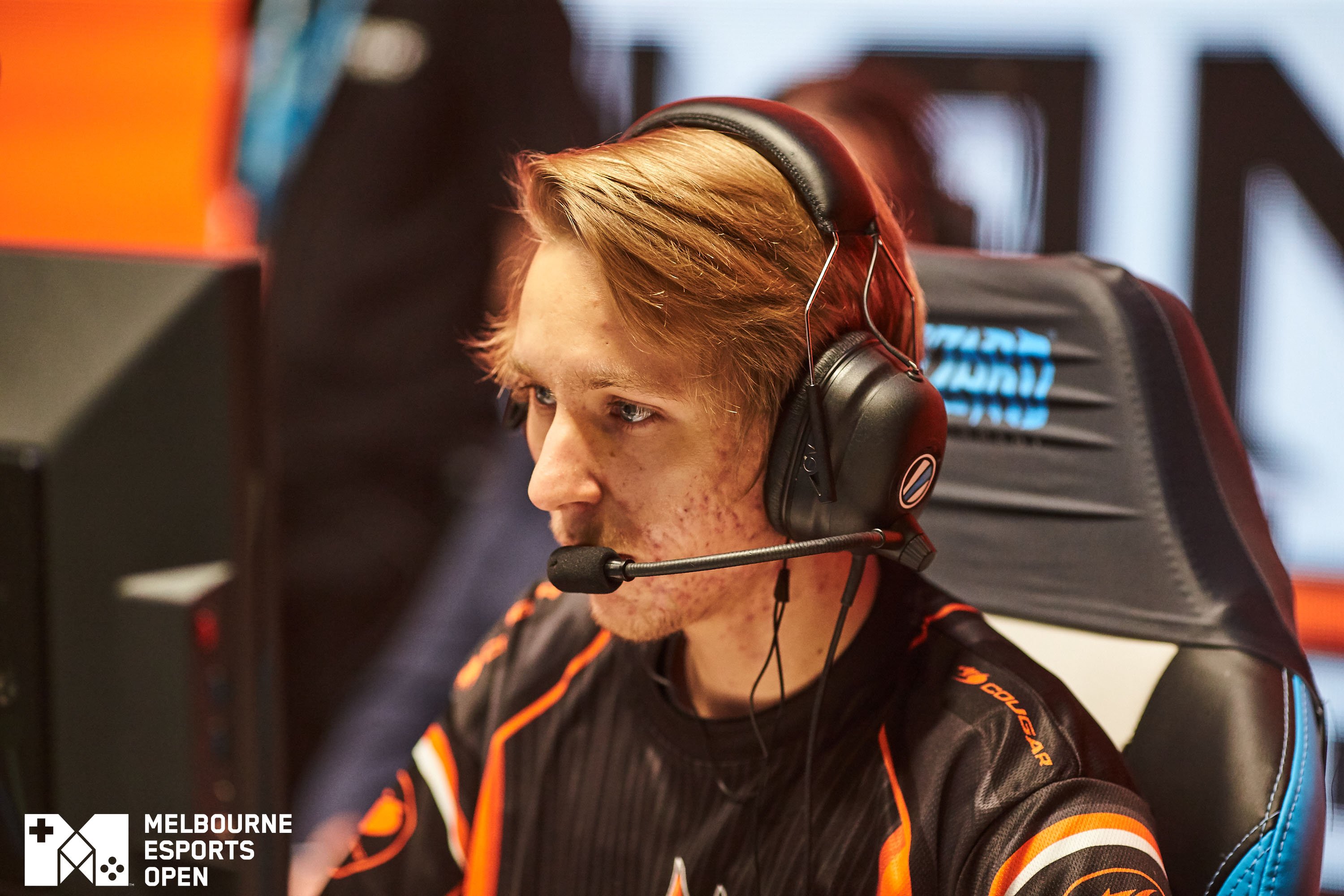 Niko “Chronodota” Raisanen is a Finnish Overwatch player who resides in the U.S. and plays for Sydney Drop Bears in the Overwatch Contenders series. Yes, you read that correctly—the rumor is that he plays matches at a ping of over 150.

Despite this, Chronodota somehow still remains a dominant force for the Drop Bears, who are on pace to complete back-to-back undefeated seasons and claim their third-straight Contenders finals.

They have just one more barrier to get through before the finals, though. We spoke with Chronodota after he touched down in Sydney to discuss his pathway, preparation, and what success looks like for him.

To start things off, where did it all begin for you competitively?

Chronodota: I have been a competitive person my entire life. Sports have been a part of my life as long as I can remember, ranging from soccer to cross country running to track-and-field. For competitive gaming, it started at 12 years old when I got Counter-Strike: Source for Christmas. From that point forward, I was consumed by pro gaming and played Starcraft 2, Counter-Strike: Source, CSGO, Dota 2, and Hearthstone before coming to Overwatch.

Was there a moment where you decided that being a professional esports player was what you wanted to do?

I wouldn’t say that there was any definitive point where I decided that I would like to be a pro esports player. It was more of something that I grew to love because of my hyper-competitive and workaholic personality. I have a lot of interests, from engineering to technology to business to entrepreneurship, so esports is by no means my only purpose in life. Esports is the interest that I enjoy the most, and I have a prime opportunity now that I am full-time and have relatively few responsibilities. I would like to be a professional player, coach, or analyst as long as possible.

You’re certainly on the right path to achieve those goals. Now, you’re from Finland, live in North America, but compete in the Australian Contenders tournament. How did that come about?

My family moved from Finland to the United States when I was only a few years old, so I actually grew up in a Finnish household in the United States. As for playing in Australian Contenders, it was the best offer that I had on the table, so I went for it. I was ready to play with a team for NA Open Division, but a few days before OD roster lock, I got a DM from Sydney Drop Bears asking if I would be interested in playing for them. Seeing as their previous main tank was Trill, I knew that the team would be a top contender for the first-place finish.

Trill certainly left some big shoes to fill. Do you have many struggles competing from overseas? Would you ever move to Sydney?

The biggest struggles of competing from overseas are the ping and the schedule. We practice six days a week, somewhere between 10pm and 4am my time, so my schedule is pretty crazy. That being said, the ping is a much bigger problem, in my opinion. Playing on 200ms means that Reinhardt is borderline unplayable, which is a massive disadvantage in a GOATs meta. Despite the struggles, I know what I signed up for and will do my best to succeed. My goal is to get picked up for an Academy or OWL team, so I would currently not move to Sydney unless it was for an Academy or OWL offer.

We’re keeping our fingers crossed for an Australian Overwatch League team. Unfortunately, last season, you were knocked out by the Drop Bears. What does it feel like now being on the other side and so close to victory?

Of course, it feels better to be on the winning side, but it is about the same. We are all here to prove that we have what it takes to be full-time professionals, except this time, I am in a different environment. Despite getting knocked out, I am proud of how we did with our given situation—big shoutout to Kanga Season Two.

We’re glad to see you still have a good relationship with Kanga. What do you find most important when developing relationships and synergies with other players?

It is incredibly important not to be afraid of conflict. Problems do not get resolved unless they are discussed and fixed. That being said, it is also important to be open-minded and patient with teammates.

The Drop Bears are on a historic and undefeated run, which you have now cemented yourself into. Is this something you think about when preparing to face other teams?

SDB has an impressive scoreline, but I don’t really think about it when facing other teams. It’s important always to keep looking forward and continue improving—the past is already done, the future is unpredictable.

The development at Sydney Drop Bears is a key focus. How has competing with an organization like this helped to prepare you for a future in the Overwatch League?

This was actually one of my main reasons for joining Sydney Drop Bears. It’s evident that they place a lot of emphasis on player development (more so than other teams). Having coaches like Shoyo and Noxious is very impactful, even though Shoyo moved to the player role as a result of Punk being poached by Boston Academy.

The flexibility of Shoyo and the team is certainly something to envy. Let’s say season three is done and you’re a Contenders champion. Could we see you back in the region defending your title?

There’s a possibility, but my goal is to join an Academy or OWL team. The friendship between Sydney Drop Bears is strong, but we are all striving to be true professionals in the world of esports.

Who would you prefer to be versing in the season three Contenders finals? Is there anyone you think is a more comfortable win?

Speculation aside, I think we are most likely to face ORDER in the finals. I have no preference because ultimately the outcome is out of our hands—we can only do our best to defeat our opponents.

Finally, what’s next for you? Where can we find you?

I am still actively looking for Academy and OWL offers. I also stream consistently at Twitch.

You can catch Chronodota and all of the Overwatch Contenders Series each week live from their Twitch channel. Check out the competing regions, schedules, and upcoming matches through the official Contenders website.