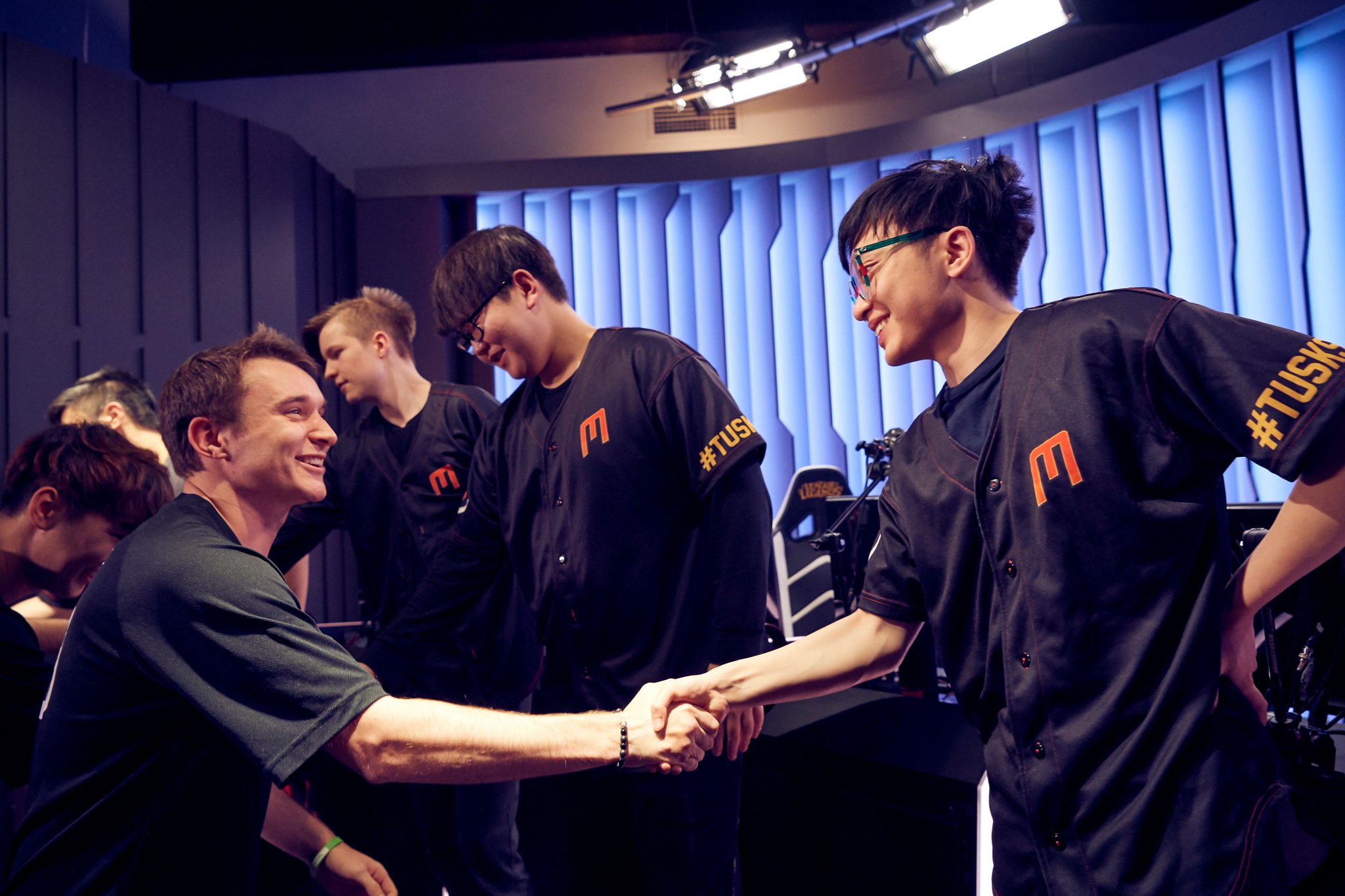 Teamfight Tactics has been leaking onto Summoner’s Rift across the world. Team Liquid ran a five-Glacial composition in the NA LCS against TSM. Other teams jokingly talk about going full-autobattler in their games, and the craze has even spread into Twitch chat.

Now, it was Oceania’s turn to innovate. Mammoth took on the TFT challenge against the last-placed Legacy Esports on the final day of super week, and it went exceedingly well. With a full Shapeshifter composition, the health boost was in full effect for Mammoth in one of our Macca’s I’m Loving It moments for this week.

Featuring Gnar top, Nidalee jungle, Jayce mid, Swain bot, and Elise support, Mammoth not only got a Shapeshifter buff, but an additional two-unit Wild and Demon buff in their imaginary TFT comp. Mammoth didn’t take long to start the snowball, as they looked like a team of fully stacked three-star units against Legacy.

Calvin “k1ng” Truong and Mitchell “Destiny” Shaw picked up a double kill in bot lane to start off the game for Mammoth. Stephen “Triple” Li was building himself a handy CS lead in the mid lane over Jesse “Chazz” Mahoney’s Yasuo, while Leo “Babip” Romer was all over Legacy’s jungle.

While the game was pretty even for the first 16 minutes, Mammoth kicked it into overdrive to secure Baron. They found the perfect fight to clean up Legacy, take Baron, and look at ending the game after. With every structure taken down, Legacy’s health inched towards zero, before Mammoth ended their misery with a fountain dive at 25 minutes to finish the game.

While there’s not a lot of viable combinations to bring fans’ favorite Teamfight Tactics combinations alive on the Rift, Mammoth found the perfect one as they went on their way to secure second-seed heading into the OPL playoffs next week.