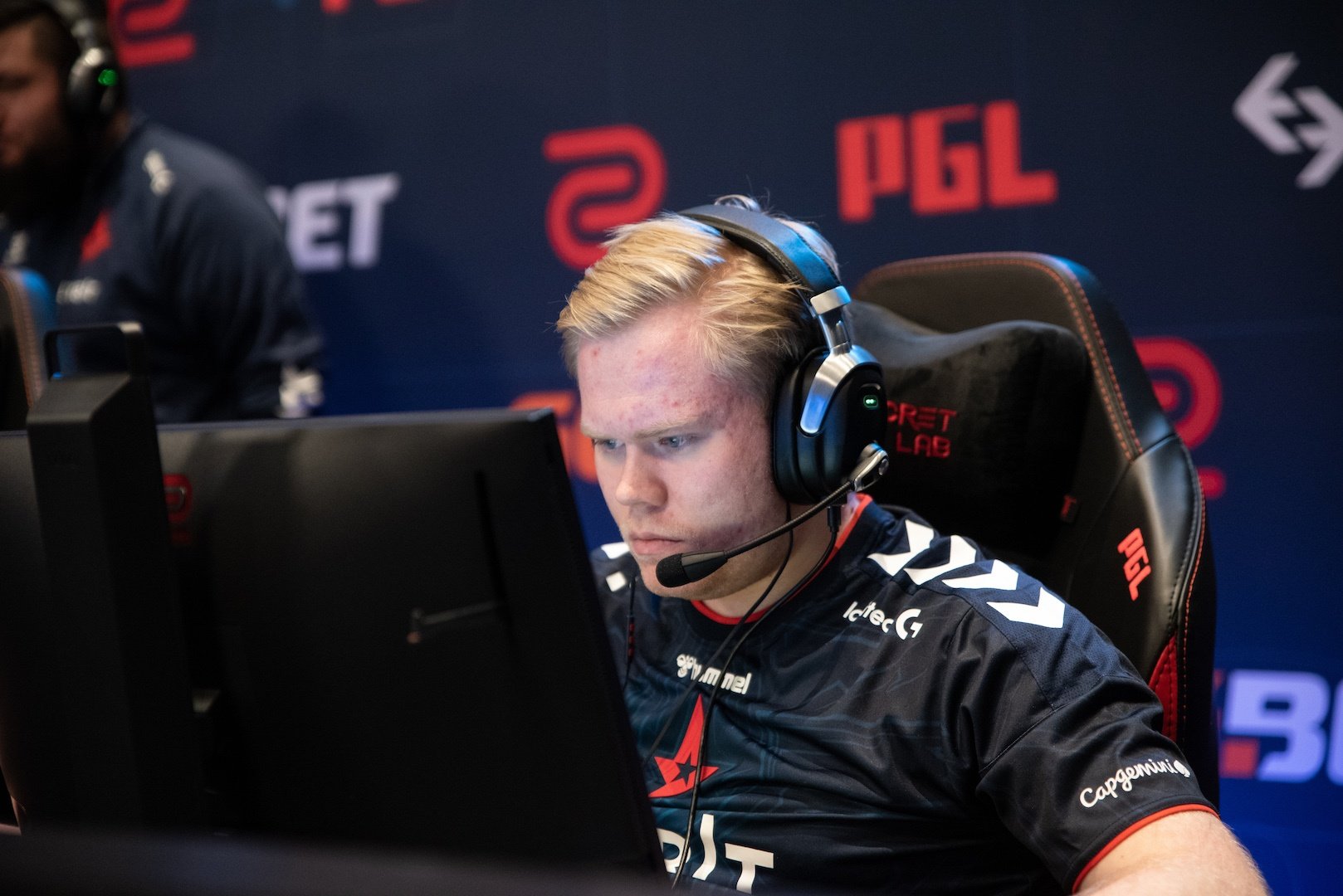 Before Vitality, Magisk’s played for Astralis, where he went on an absolute tear, including winning three majors all in a row, a record shared only with his fellow teammates.

Fans of the Dane are keen on his decisive abilities, so knowing his gaming and streaming setup proves valuable. His in-game settings are readily available as well.

The BenQ XL2546 features a 25-inch screen with 1080p resolution, ideal for competitive gamers, albeit it may feel limited for all-purpose users who value larger panel sizes and higher resolution. Lack of HDR support and poor viewing angles may also be a deal-breaker.

For those who firmly value headshots over 4K resolution, the BenQ XL2546 is a strong candidate, thanks to a fluid and responsive gaming experience.

The lightest gaming mouse Logitech has ever produced has been stripped down to the bare essentials in the Logitech G Pro X SUPERLIGHT, making performance the focal point.

The SuperLight is almost identical to the original G Pro, aside from added RGB lightning, minimal weight, and fixed thumb buttons only on the left side (The G Pro has removable thumb buttons on both sides, keeping left-handed gamers in mind).

The Logitech G Pro X SUPERLIGHT offers top-notch performance, thanks to low click latency, high polling rate, and easily adjusted DPI—customizable by increments of 50, from 100 DPI to (an absurd) 25,600 DPI. All of this boils down to fine-tuned settings. It also boasts upwards of 70 hours of battery life, allowing for extensive sessions.

For all-in performance without all of the bells and whistles, the SUPERLIGHT is a solid choice; just prepare for the hefty price point of $200.

Thanks to its full cloth pad design, the Logitech G40 allows users to glide across it effortlessly. With that, it’s ideal for low to medium sensitivities. Although, higher sensitivity users shouldn’t feel quick to pass up because there’s plenty of surface area (45.5cm x 40m) and texture quality for prompt control and stopping power.

The Logitech G640 is a large mousepad (compared to the smaller and thinner G240 and the monster-sized G840). For further comparison, the Zowie G-SR is nearly identical aside from added friction for users keen on its size, positioned for users with higher sensitivities.

It features proprietary Logitech GX Blue Clicky switches, which offer tactile and audio feedback, thanks to a slight bump right before key actuation. Logitech offers their very own swappable tactile, linear, or clicky switches if the pre-installed switches aren’t for you.

Thanks to the solid and minimal flex design, the keyboard itself is quality built. Typing feels light enough and very responsive due to low latency and the switches’ short pre-travel distance. There’s also customizable backlighting, keeping RGB lovers happy.

The mic is high quality, featuring a broadcast-grade omnidirectional microphone, ideal for crystal clear in-game communication. Minimal bass response and not-so-great battery life (although you can play while you charge) may be a deal-breaker for some, though.

For PC usage, audio output is easily adjusted with iCue (Corsair’s “fully immersive software ecosystem”), while console gamers don’t have this luxury. All in all, the Corsair HS80 is reasonably priced and comfy to wear for extended periods.

The Core i9-10900K still delivers top-notch gaming performance and holds up in single-core workloads. Thanks to ten cores, 20 threads, and a 5.3GHz maximum boost frequency, this CPU holds up.

One major downfall is lack of PCIe 4.0 support—which lets your PC use the latest CPUs and SSDs to their full potential. None of the Comet Lake-S processors support PCIe 4.0, which is a significant oversight from Intel because the lack of support means choice limitations in a few years down the road.

So, while the Intel Core i0-10900K provides some impressive performance numbers, taking advantage of stronger multi-core performances means single-core numbers matter less and less—which is critical for tackling the latest and greatest games.

The Nvidia GeForce RTX 3080 is a powerhouse, offering a significant leap from 20-series GPU benchmarks right across the board.

For anyone looking for a card that’s very capable of 4K gaming, the RTX 3080 delivers, performing 20-30% better than the RTX 2080 Ti and (more impressively) 50-80% than the RTX 2080. This means faster refresh rates, high resolutions, and top-notch performance.

Availability is another story, thanks to long-lasting chip shortages and intense demand. If by chance one becomes available, pounce on it immediately, or it’ll be sold in no time.