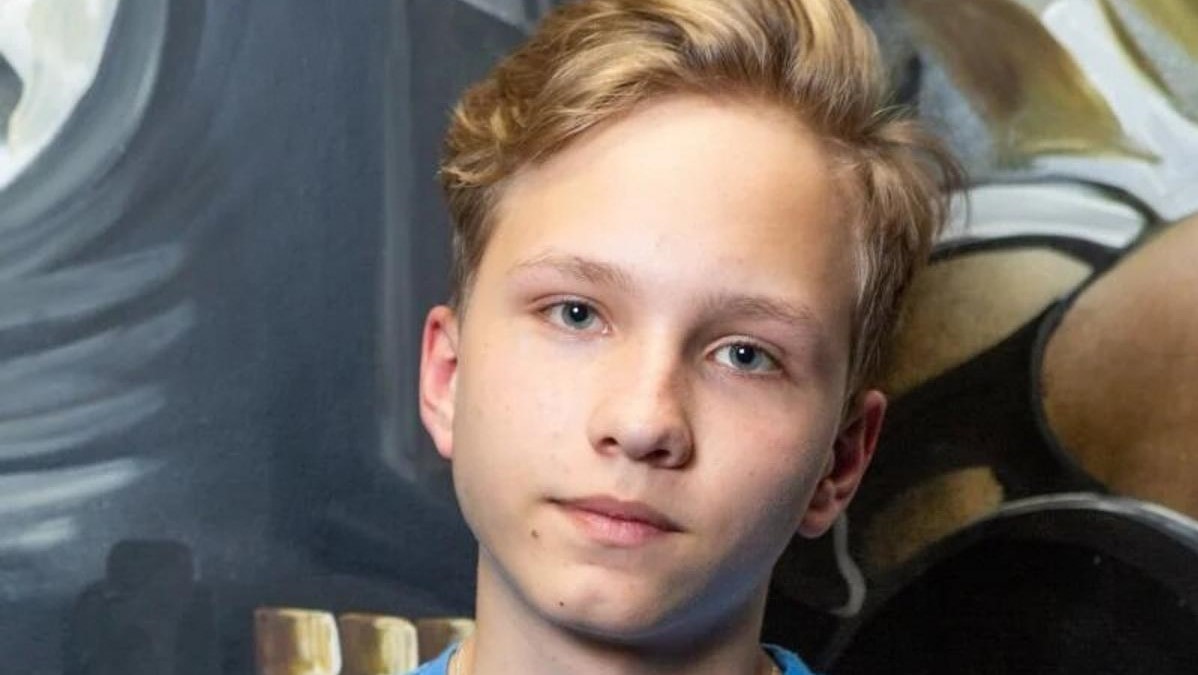 Ilya “m0NESY” Osipov is the 16-year-old AWPing prodigy who’s aiming to make a lasting name under G2. His playstyle is reminiscent of s1mple, and G2 fans are eager to see how he’ll manage to add to the team’s legacy. His skill might be next to impossible to obtain, but his streaming gear isn’t. Here is m0NESY’s streaming hardware, starting with his headset.

For CS:GO players, both professional and amateur, how one communicates with the team is equally as important as how one listens to the calls provided by the game. Enemy positions, utility, and strats are all relayed through audio, so having a proper microphone and headset with reliably accurate audio is of paramount importance.

A common thread you’ll see between many CS:GO professionals and their mice is simplicity. A couple of side mouse buttons suffice in a game like CS:GO since most of your focus is on optimizing your aim. An MMO mouse with plenty of side buttons would be too distracting. When a couple of extra keys are needed for utility binds, a pair of side buttons will suffice.

At just under $200, the Pro X Superlight is a fairly expensive option in terms of non-MMO mice. But the G Pro X Superlight comes with a long-life wireless design, five reprogrammable buttons, and is 25 percent lighter than the older Pro Wireless variant. Logitech’s lightweight champion is perfect for keeping aim quick and consistent.

One item that’s a given in any gaming or streaming setup is a mechanical keyboard. The Logitech G Pro keyboard features a backlit RGB design, tenkeyless design, and GX Blue Clicky switches with an actuation point of 1.9 millimeters.

If your goal is to minimize distractions and find a pairing for the XL2546 monitor, the tenkeyless form factor ensures the only keys you have in your way are the ones essential for a competitive CS:GO experience. On top of that, the RGB lighting and GX Blue Clicky switches give that colorful look and famous click sound that are standard in many modern gaming keyboards.

The Logitech G Pro keyboard typically starts at under $130.

For CS:GO—and competitive FPS titles in general—a monitor that puts out a refresh rate less than 120Hz refresh rate is considered suboptimal. This makes the ZOWIE XL2546 an ideal mid-range monitor for CS:GO but for a fairly steep price. M0NESY’s XL2546 puts out a whopping 240Hz refresh rate, features a removable shield to block out distractions, and includes height, tilt, and swivel adjustment for convenience. This display measures in at 24.5 inches.

Like the Pro X Superlight, the XL2546 is an expensive option and starts at just under $600. Other monitors with the same size and refresh rate run as low as $400 or less.

If you’re noticing your mouse pad in any way while gaming, that means it’s not doing its job. A mouse pad should fly under the radar and give such a smooth experience that the player forgets it’s even there.

The QcK Heavy features micro-woven cloth, a non-slip rubber base, and is machine washable. Its large size measures in at 450mm by 400mm (17.72in by 15.75in) and has multiple style options if you feel like customizing your look a bit. If you want a mouse pad you won’t have to think about for years to come, this will do fine.

Advertised as a gaming and streaming microphone featuring a built-in pop filter, four polar patterns, RGB lighting, and compatibility with PC, Mac, and PlayStation, this condenser microphone functions as an attractive option for those who want to stream with reliable quality across various consoles and PCs.

With a 48kHz bit rate, the quality you can expect is on par with other popular USB microphones but comes at a much steeper price at just below $200. At that expense, the difference in money spent should be seen as an investment in keeping a stream looking clean and unique with RGB lighting. There’s really no other benefit to this microphone compared to something like a Blue Yeti multi-pattern mic.

When it comes to webcams, personal preference dictates value. Webcams play with color and light in different ways, so it’s always best to review some footage or images from a specific webcam before buying, even if the specs are impressive.

Speaking of specs, the Logitech Brio features a 4K image sensor, HDR, autofocus, and USB functionality to capture high-quality footage fairly conveniently at under $200. Its RightLight 3 technology automatically adjusts exposure and contrast, allowing streams of any lighting quality to achieve optimal results without too much hands-on adjustment.

Intel’s i9-12900k is a 16 core CPU with a max clock speed of 5.2GHz that was released in the fourth quarter of 2021. With the amount of power this processor is capable of, there’s no real reason to suppose M0NESY would run into trouble streaming CS:GO at high settings, at least not with the right GPU to pair it with.

The i9-12900k is powerful enough that having a strong AIO to cool it off with is a necessity, especially if one plans on overclocking it. Speaking of which…

This 360mm AIO is one of the best cooling solutions a CPU could ask for. With three 120mm fans working in tandem with NZXT’s water cooling system, overclocking a high end CPU is no problem for the Kraken X73.

This AIO features compatibility with the latest Intel CPU sockets, as well as AMD’s AM4 socket. It has a max airflow rating of 73.11 cubic feet per minute (CFM) at a noise level of 38dBA. Whether you’re running one of AMD’s latest Ryzen CPUs or a 12900k like M0NESY, the Kraken will be able to handle the job without fail, and will do it with strong airflow and reasonable quietness for years to come. As a bonus, the cap sports RGB coloring for those users who like to add some flair to build’s aesthetic.

There’s just one note with the X73: like lot of existing AIO coolers, you’ll need an LGA1700 bracket to mount it properly. NZXT says that the most recent editions of the X73 should ship with a compatible adapter, but if your model doesn’t, the company has a page explaining how you can receive a bracket free of charge.

As its name suggests, the RTX 3080 Ti SUPRIM X is a beast with 12GB of GDDR6X RAM running at 1830MHz. As with all high-end GPUs today, it’s enormously overpriced — but if you want the absolute best with support for real-time ray tracing and DLSS, there’s little option.

While it’s overkill for CS:GO, M0NESY’s PC runs with 32GB 4000MHz Patriot Viper Elite RAM clocked at 4000MHz. The higher rated memory pairs well with the latest generation of Intel CPUs—previous Intel CPUs saw little benefit in games like CS:GO with higher-rated RAM. The extra headroom, however, can help when turning those great gaming moments into content through apps like Photoshop and Premiere Pro.

For those building a more affordable build, however, a slower rated 16GB RAM kit is sufficient. Games will often get more benefit from more investment in the CPU or GPU.

These picks are fairly self explanatory, but having 1.5TB is more than plenty if you’re only playing a few games at any given time. M0NESY opts for both storage devices to be M.2 form factor compatible, which is becoming increasingly popular with gamers thanks to its ease of installation and clean aesthetic. The NVMe performance is also well suited for the next few years of PC gaming, especially with technologies like DirectStorage on the horizon.

MSI’s MPG Z690 EDGE is an ATX form factor motherboard designed to support Intel’s new Alder Lake CPUs, including the i9-12900K. It comes with on-board Wi-Fi, enough SATA and NVMe slots for all your storage needs, and has plenty of USB ports at the back for all of your peripherals.

While there isn’t too much to say about any one PSU, owners of the CHIEFTRONIC will benefit from a platinum rated power supply that can provide up to 1050 watts. This power draw is more than enough to support high-end builds that run the latest GPUs, including the ever-hungry RTX 3090 Ti. It doesn’t hurt that this PSU also sports a nifty red design on its fan exhaust, which may help tie a red-based PC build together.

Most users may want to opt for a lighter PSU to save on cash, or a more efficient, higher rated offering. The EVGA SuperNOVA 1000 G5 is a great alternative if you’re expecting to push your PC to the limit, as it’s more power efficient at higher loads. But what if 1000 watts is too much for your rig? The ever-reliable Corsair RMX 750X, which has a low noise option and fully modular design, is well worth a look and comes with a 10-year warranty.

The NZXT H710i is a mid-tower case that supports up to ATX motherboards and smaller, and has enough room to fit the latest graphics cards and water cooling solutions, such as a 360mm AIO. It features seven standard expansion slots, as well as two vertical slots for intricate builds that make use of vertical GPU layouts, which can be especially useful with high-end graphics cards which tend to suffer from GPU sag.

It’s not the best option if you’re looking to pair the system with a full-size RTX 3090 Ti, but if you’re going with a more mid-range GPU—which is likely given there’s more supply of those available right now—then it’s a perfect choice.

The H710i comes standard in either frosted white or a plain black finish and presents a solid mid-ranged option for PC builders who want to make a heavy-duty PC build that looks clean and has the room for upgrades well into the future.

CS:GO is a game that demands its players have decent, reliable hardware to go toe-to-toe with the very best. That said, the streaming gear m0NESY uses, while of high quality, is priced at a premium. This premium is certainly due to the names backing the staple brands featured on this list.