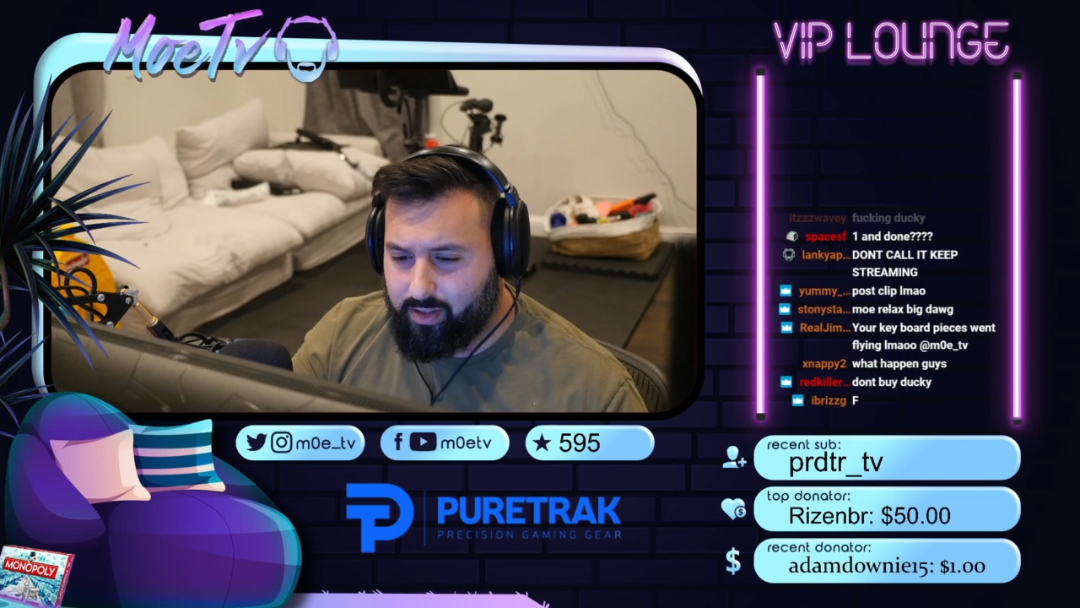 Former professional CS:GO player and streamer mOE had a heated moment during a recent VALORANT stream that led to the destruction of his keyboard.

As he approached the B site on Split, his keyboard seemingly disconnected and reconnected, causing him to be unable to move for a short time. This moment without control was enough for an enemy player to get vision of mOE and eliminate him from a distance.

Understandably not impressed by what occurred, mOE immediately took off his headset and started laying down some heavy-hammer fist action on his keyboard. The streamer then disconnected the cable before launching it at the ground.

The streamer took some time away from the camera to find another keyboard since the one he had thrown didn’t appear to be in shape to function. Shortly after, mOE shared the clip from his stream on Twitter and put Ducky’s keyboards on blast.

On his stream, mOE echoed the same opinion, claiming that this wasn’t the first time his Ducky keyboard broke on him.

After taking a loss in that game, the streamer decided that was enough VALORANT for him and he chose to start playing something else.