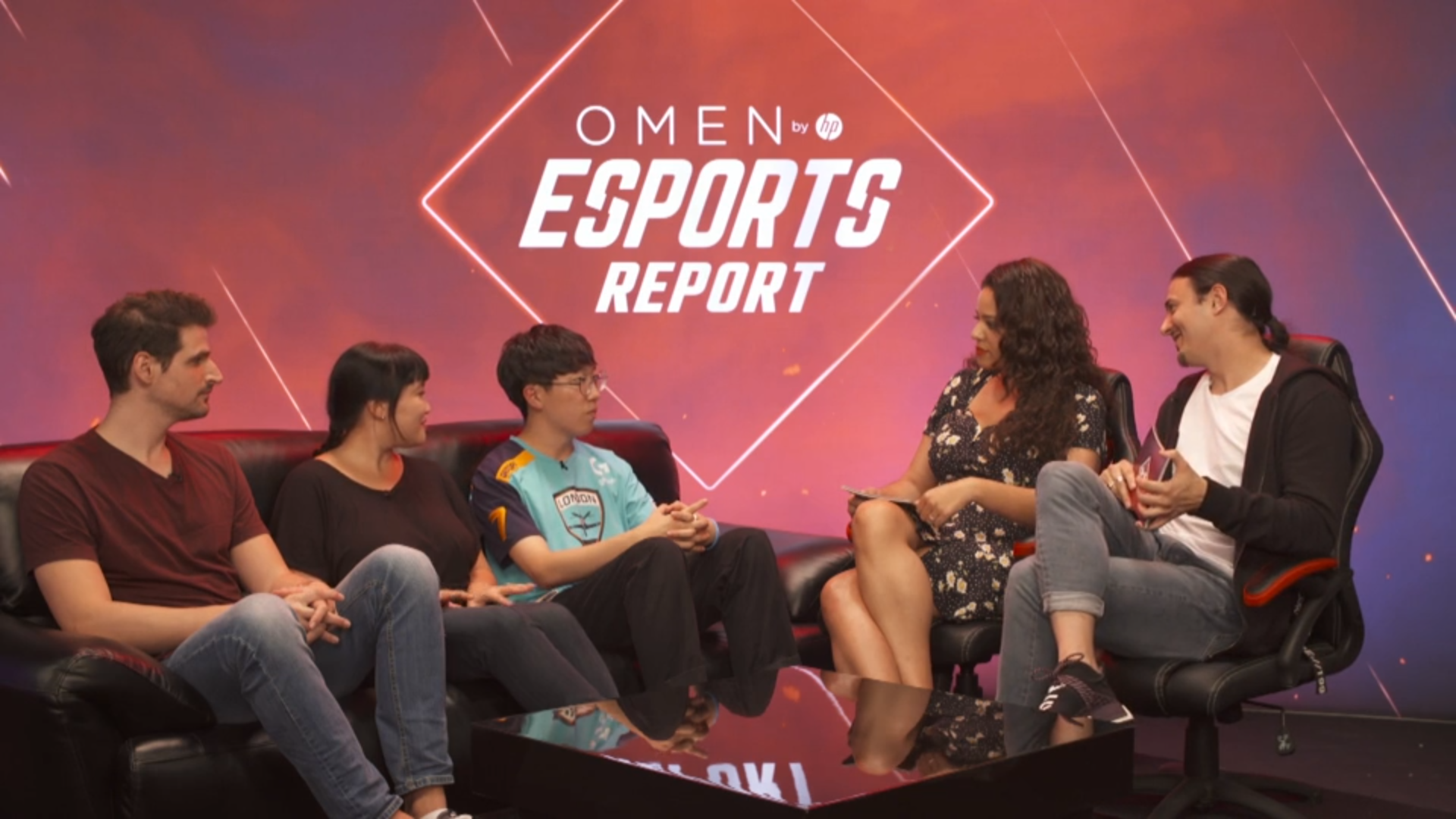 The fifth episode of the OMEN Esports Report brought the fire—or, in this case, the Spitfire. The 2018 Overwatch League champions London Spitfire came on the show to discuss their season and compete in challenges.

Hosts Elle Osili-Wood—standing in for the usual host Frankie Ward—and Pala Gilroy Sen first sat down with Spitfire general manager Susie “lilsusie” Kim to talk about her role with the team and how they are adjusting to some roster moves. Lilsusie even gave some insight into the inner workings of the monetary breakdown following their finals win and what it is like being, as she put it, “the team mom.”

Joon-yeong “Profit” Park competed in the CS:GO headshot challenge followed by another sit-down interview with professional esports commentator Jason Kaplan who joined lilsusie on the couch. The hosts talked to him about his ability to switch between many different games for commentary, the potential esports return for Quake, and much more. Jae-hee “Gesture” Hong also joined the couch to answer questions from fans.

The entire Spitfire roster gave viewers tips and tricks on topics like how to be a better healer or dealing with a one-vs-one matchup as Widowmaker. All of this lead up to the team being split into two groups of three to play each other in a special Overwatch game-breaking challenge.

The next episode will air on Twitch Nov. 16 at 7pm GMT and every episode is available on the OMEN Esports Report website.