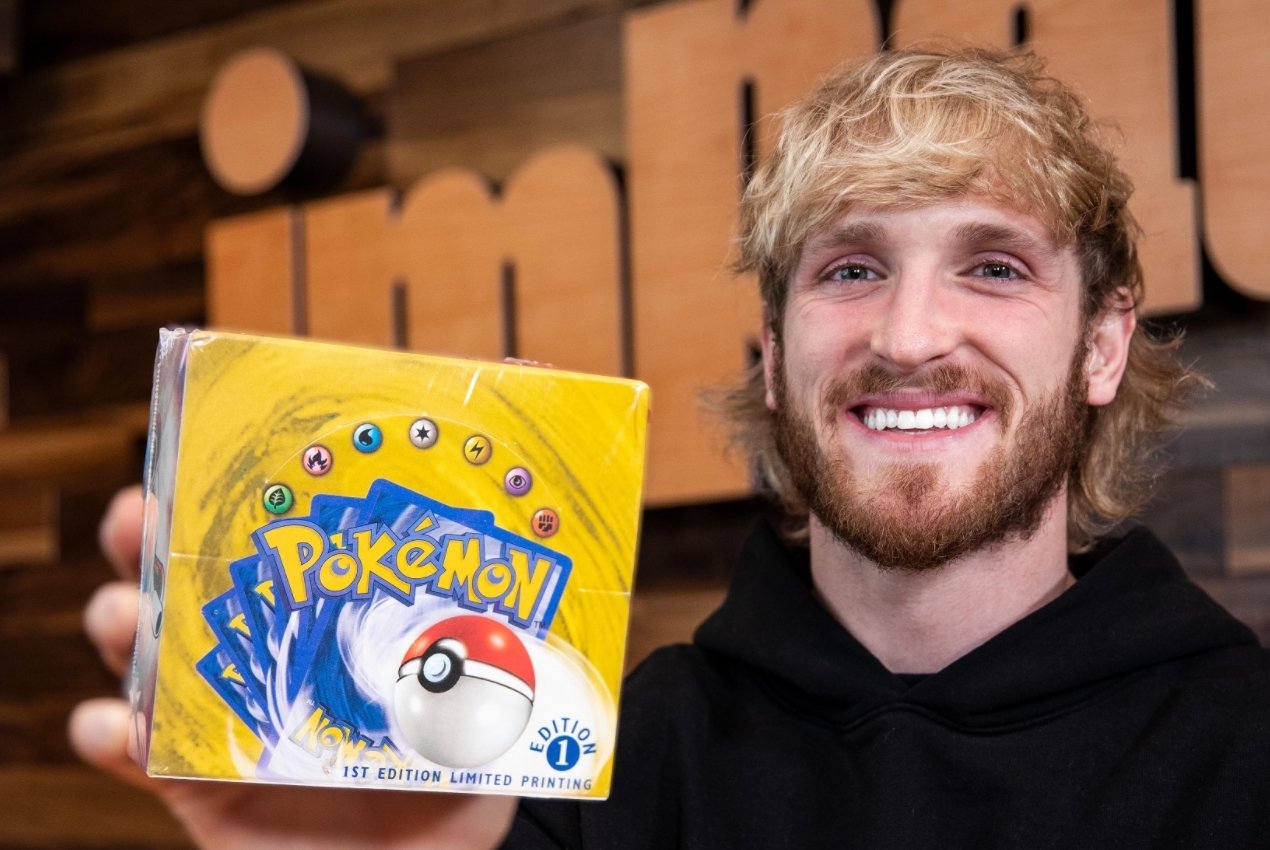 Content creator Logan Paul is considered by many to be one of the biggest catalysts for the recent surge in popularity and value of vintage Pokémon TCG boxes, cards, and packs after opening a Base Set box in front of 300,000 concurrent viewers in October.

And as he just announced on his YouTube channel, he is partnering with leading collectible and memorabilia marketplace Goldin Auctions to auction off 36 unopened first-edition Base Set packs to celebrate the 25th anniversary of the Pokémon franchise.

“I am thrilled to partner with Goldin for the biggest Pokémon unboxing ever,” Paul said. “This is a newfound obsession of mine and I am so excited to share it with other enthusiasts around the world.”

Starting on Feb. 4, fans or collectors and participate in one of the largest Pokémon card auctions of all time by buying into Paul’s break, which will be streamed live on Feb. 27—otherwise known as Pokémon Day. Each of the 36 packs will have a starting bid of $10,000, with winning bidders receiving and additional prize in the form of a one of 44 exclusive Logan Paul NFT (non-fungible token) digital art card.

Once all the auctions have concluded, Goldin Auctions founder Ken Goldin and Paul will stream the unboxing on Paul’s YouTube channel, which has nearly 23 million subscribers.

“The value of vintage and modern trading cards and collectibles has taken off and we’re also thrilled to be at the forefront of the growing enthusiasm for rare Pokémon cards,” Goldin said. “Logan was absolutely ahead of the curve in Pokemon collecting. He recognized the trend and then has created such amazing and authentic content that has brought so many more fans into the hobby.”

Goldin will provide expert analysis and insights on the broadcast, and any high-value cards will be graded by a PSA representative live.

The Base Set box Paul is auctioning off is one of six he documented himself purchasing in a recent video where he and his team claim to have spent roughly $2 million obtaining the highly sought-after Pokémon product. And considering first-edition boxes like that can cost upwards of $400,000 depending on their condition and single packs sell for thousands, that title probably wasn’t clickbait.

You can learn more about the auction, prizes, and what you can expect from the break on the official Goldin Auctions website. The break itself will be streamed on Feb. 27 at 8pm CT on Paul’s YouTube channel.