Lirik pops off with insane AWP clip in CS:GO 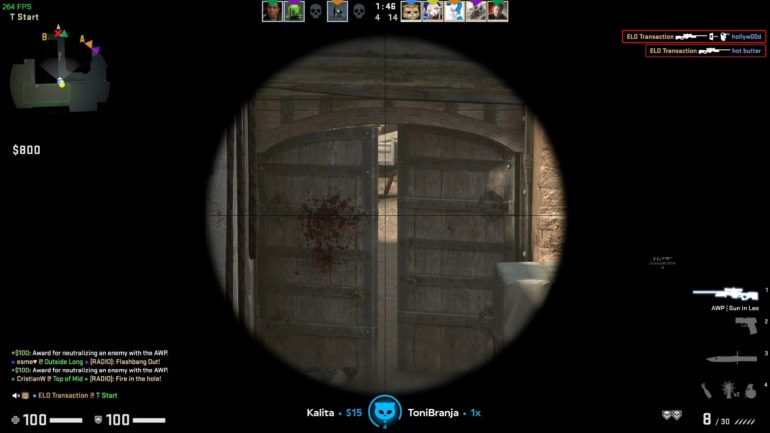 When it comes to Twitch superstars, there aren’t many as tenured or as loved as Saqib “Lirik” Zahid—and a moment from today’s stream goes to show why.

Lirik might be known across Twitch for his hilarious Grand Theft Auto roleplay, prowess in battle royale titles, or overall funny gaming fails, but he’s a solid Counter-Strike player, too.

While playing a few games to kick off his stream today, like he has been doing quite a bit lately, Lirik found himself in a match on Dust II. And with an AWP in hand, he popped off for a wild clip.

After picking up two snipes on players crossing through mid, Lirik pushed toward catwalk and hit a near-impossible flick no-scope on an enemy that was directly in front of a teammate. Even Lirik was shocked by the play, later going back to watch the above clip at 0.25 speed, which made it even crazier.

To finish off the insane play, Lirik pulled out the Desert Eagle for a nasty “one-Deag” to get his fourth kill of the round. “Clip that shit,” Lirik exclaimed with a shriek.

Lirik is ranked at Master Guardian Elite and can be seen showing off his FPS skills six days a week on his Twitch channel. He recently re-signed to stay with Twitch along with other top talents like DrLupo and TimTheTatman.