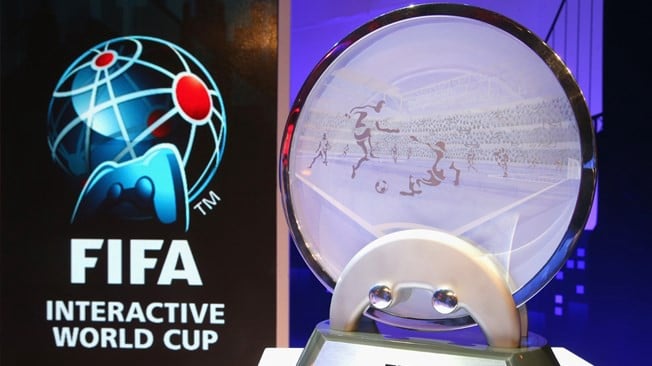 It is no secret that LGD have had a tumultuous last half year. From the highs of earning the LPL number 1 seed to the lows of their abysmal performance at Worlds, their play has been anything but consistent. The organization however did not give up their vision of fielding a world class team. In the offseason LGD made big moves, starting with bringing in Marin with one of the most lucrative deals in LoL history. However the biggest concern for any LGD fan was the weakness of TBQ and the coaching controversy that marred the end of 2015. To solidify these positions LGD hired former Samsung support Heart to coach and Eimy to jungle. With the arrival of their players and staff, there was hope once again for LGD fans.

Yet this hope has quickly become disappointment. LGD now sits at 1-6 overall and 0-3 in their series. It is hard to fathom how a team with 4 top flight players could start off in such a frustrating fashion. In order to fully understand their issues I decided to go back over their first 7 games as a team to try and pinpoint what exactly went wrong. 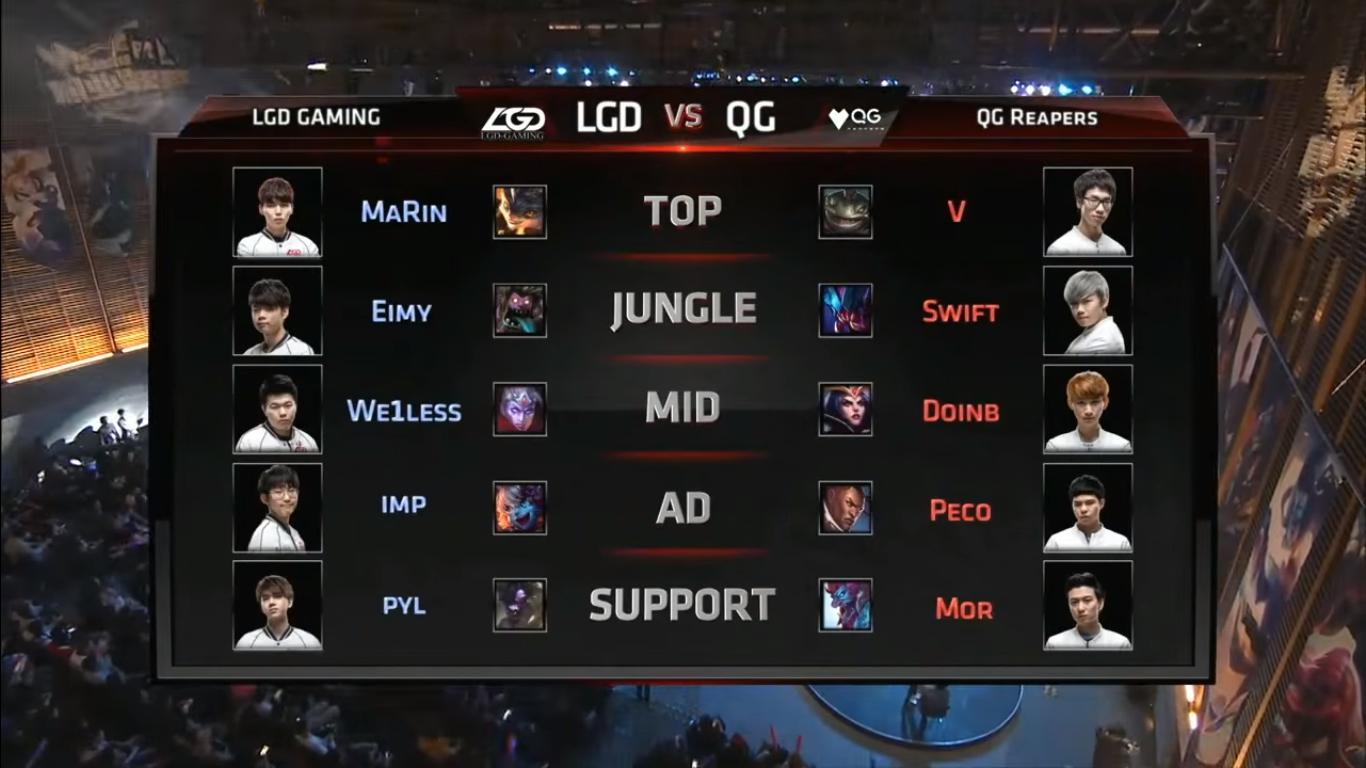 This game was plain ugly. This is understandable considering it is the team’s first competitive match together with a coach in his first season at the helm. The pick ban for LGD has often been perplexing this split, but none more so than in this first game. LGD decided to go for comfort picks over power picks. While their draft wasn’t terrible, by going for comfort picks they allowed QG to draft a top tier champion for all 5 positions.

The biggest issue in the draft was the junglers. While Mundo was trying to hard farm Swift was omnipresent on the map. Swift made We1less and Marin’s lives a living hell. What is incredibly frustrating about this team comp is that LGD have an adc and top who are both world class, yet LGD opt for a farm heavy late game jungler. Mundo had not even tried a single gank before Swift had attempted five, two of them leading to kills. Even more remarkable was that Swift eventually caught up to Mundo in cs despite forgoing farm for lane pressure. This game was more or less loss at champion select but LGD’s passive play did not help matters.

This game was actually much closer than game 1 despite the final kill tally. LGD opted for a jungler who could do some damage pre-6 with Kindred and that paid off by getting Marin’s Mundo an early kill. The laning phase in this game was a definite improvement over game 1, yet things quickly went off the rails once team fighting began.

One common element to all of LGD’s losses seems to be a complete lack of decisiveness. Around the 19 minute mark We1less dies while Marin channels TP behind QG. Rather than cancelling, Marin completes the TP and halfheartedly chases after Braum into the jungle. QG quickly turn the tables and Marin gets absolutely blown up. This was one example of many in which there is a serious breakdown in communication between the players.

After that kill QG take a tower and continue to snowball the game out of control. One side note, Doinb was doin work throughout this series. His Leblanc play was outstanding, often blowing up the LGD carries before any real skirmishing began. Both Swift and Doinb are having a phenomenal split. 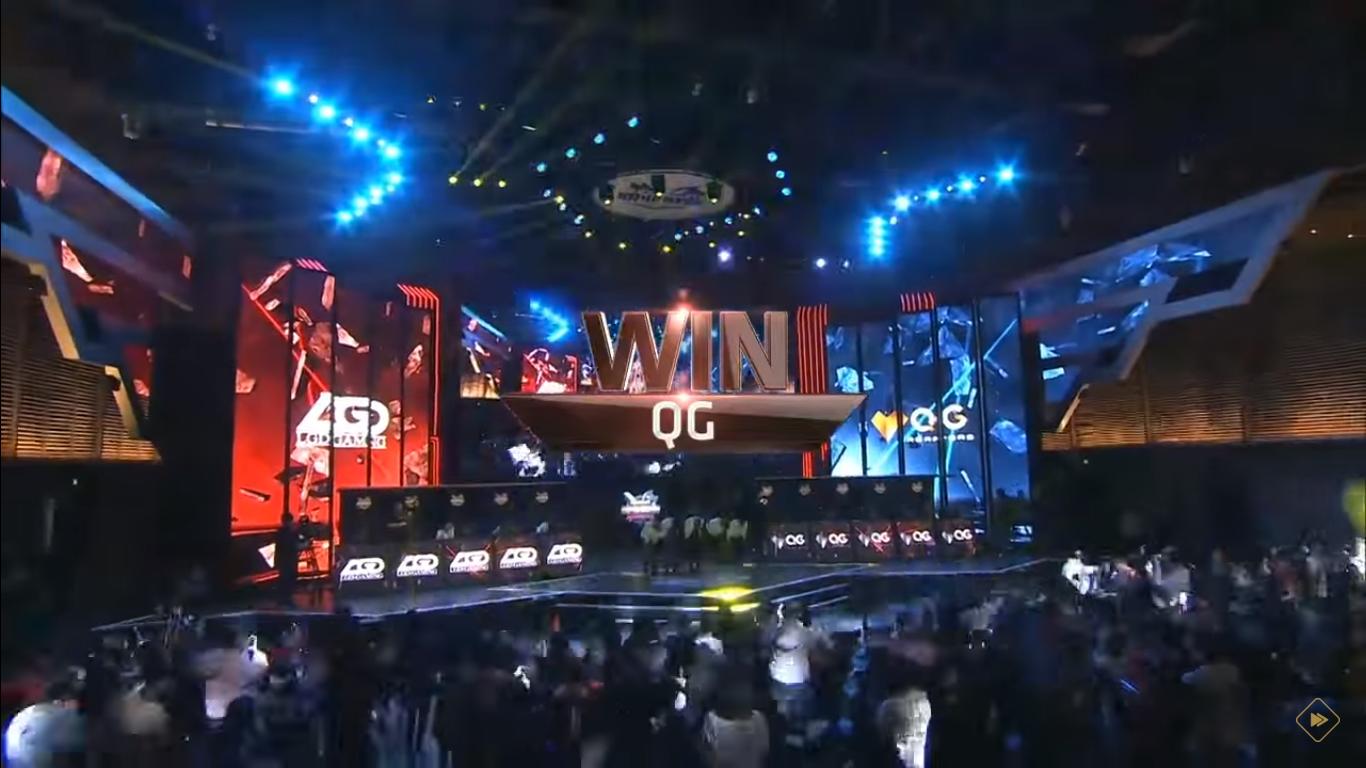 Marin is back on his signature Rumble as LGD run a similar comp to their game 1 against QG. For the first time for this particular LGD team they faced the lane swap. They were incredibly slow to react, as they did not even trade towers with SS. If there is one thing to learn from these first three games it is that if you make moves early against LGD you are almost always going to prosper. LGD’s incredibly passive and unresponsive early game is a definite issue. It appears as if they believe a win will just magically appear to them after a few late game fights. Yet the Samsung Blue of old they are not. They fell so far behind in each of these games that it was near impossible for them to come back.

LGD could finally breathe a sigh of relief as they secured their lone win of the split thus far. While it is obviously a good sign they finally won, their win was the result of some horrendous decision making on SS’s part. SS again decided to lane swap and LGD react a little better this time, actually trading towers. Yet LGD again are complacent to start the game and fall behind early. The game is won however after an absolutely atrocious tower dive by SS. Their tower aggro juggling was so poor that it gave LGD multiple free kills and subsequently the lead.

LGD was cruising to victory before Marin attempted an incredibly cynical and lazy TP. He tried to TP out of the enemy jungle, with full knowledge that he was in vision. SS stopped his TP and kill him. It is this kind of laziness that you really don’t like to see out of a top player, especially when said player had yet to win a game. LGD did stay in control however, and after Marin flashed in with a beautiful 4-man Morg ult it was essentially lights out for SS. 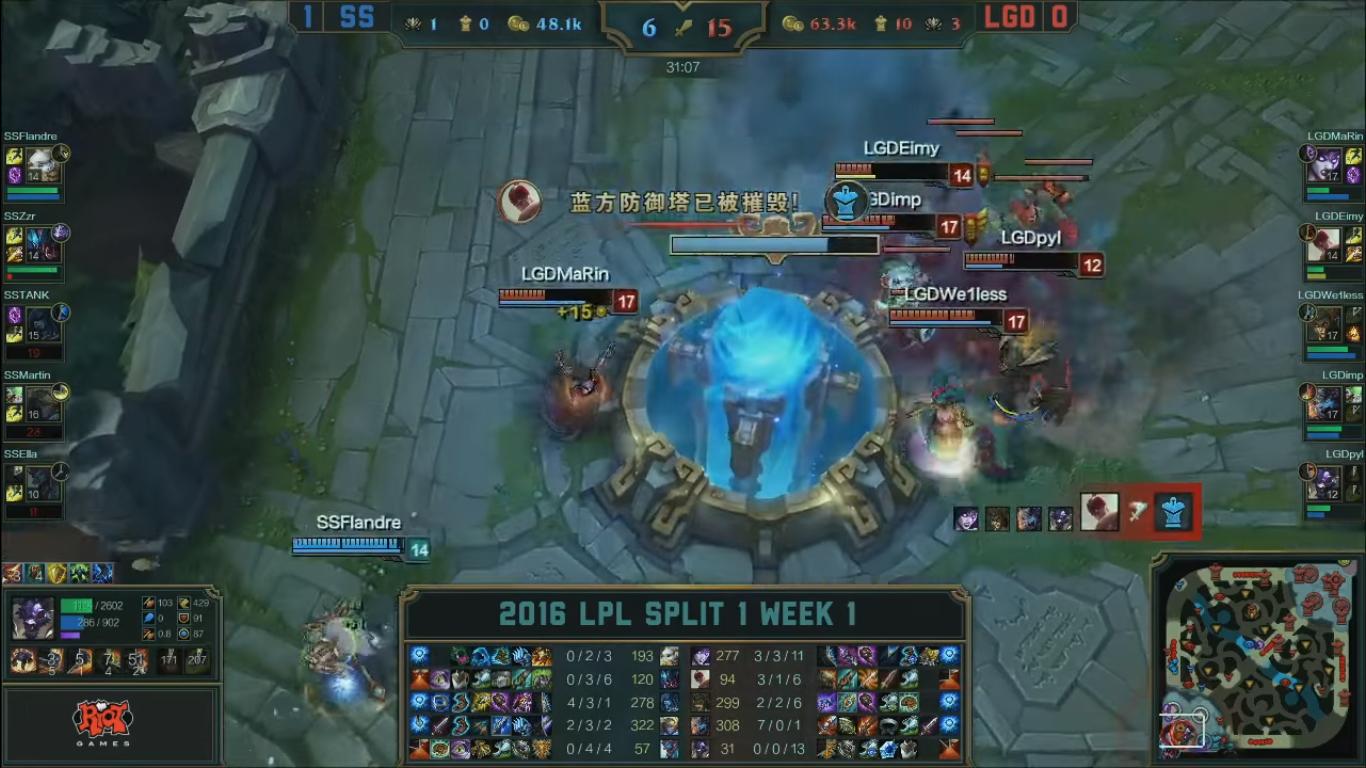 LGD did do a few things better this game. For one, they reacted a lot quicker to the lane swap. SS’s failed tower dive was only such a disaster because LGD was quick to respond. This was one of the few instances in which LGD’s players seemed to be on the same page. This is really the only time LGD gained a substantial lead early and they did a good job of snowballing it into a victory.

LGD’s champion select was once again baffling, opting to take Shen for support rather than Trundle. LGD continued to show some early game growth as they kept the game close for the first 10 minutes or so. Yet SS upped the tempo around the 12 minute mark and outrotated LGD, picking up two easy kills.

Another example of miscommunication came at a crucial point in the game. Marin decided to flash engage on SS while the rest of LGD disengaged. This led to basically a free Baron for SS and ultimately the game.

After playing their best series to date, LGD returned to their poor form by getting absolutely crushed by a young WE side. Things started brightly as Marin procured first blood with an early invade into the jungle. Yet things would turn around as WE returned the favor. As we have seen him do so many times on SKT, Marin produced the “Marin Special”, pushing way up with no ward coverage. 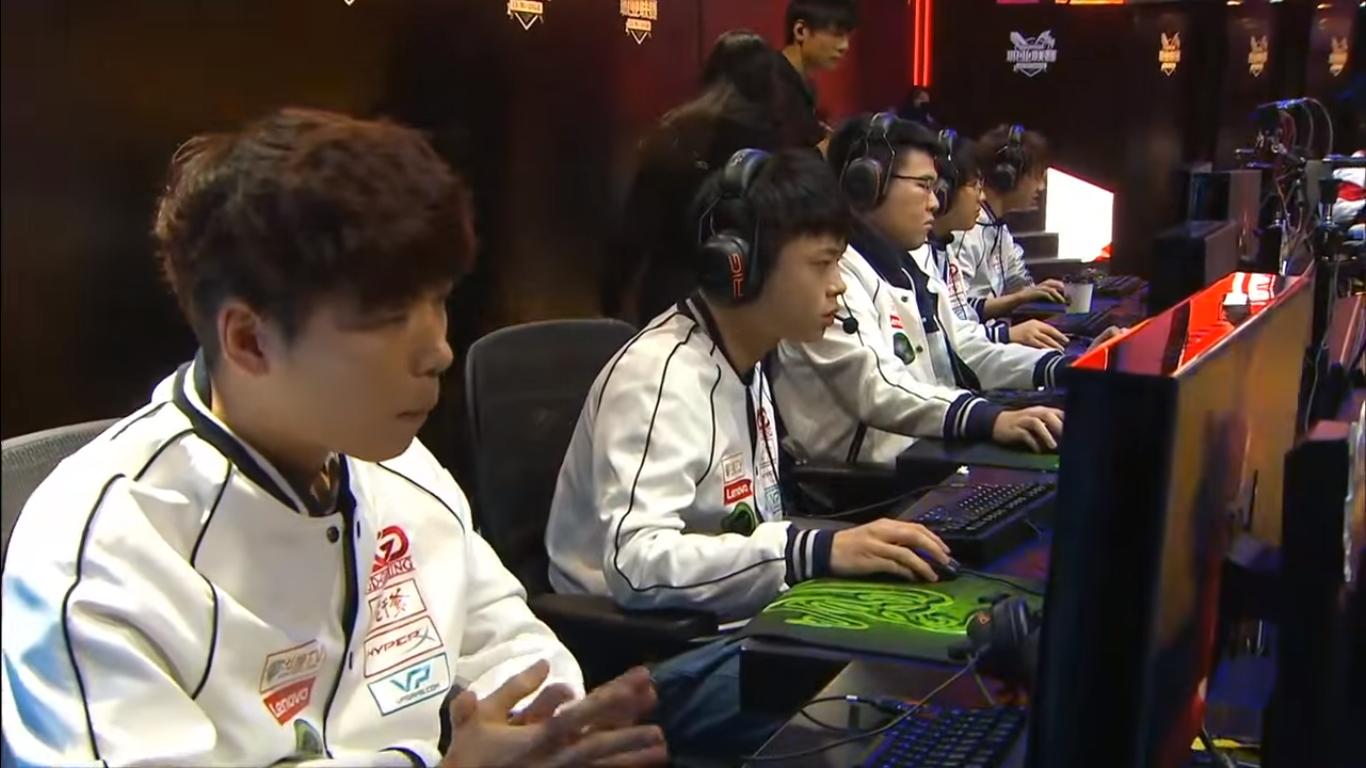 LGD do manage an early 1k gold lead at 15 minutes, yet you can tell by the final score that things got ugly. There was however a newly found sense of urgency from LGD. They were actually trying to make plays, even if most of these plays were incredibly forced. The pressure is obviously getting to some of the players. Where they were once happy to sit back and farm, they are now panic engaging. We1less for example blindly flashes at Corki and just instantly gets blown up. Yet they are starting to realize that they need to make something happen.

This game couldn’t have started worse for LGD. What they are thinking trying to fight a level 1 Braum is beyond me. WE made use of Braum’s passive three times in the first minute, all leading to a kill. For a team that has been having early game trouble, this game felt all but over before the minions had spawned. The only reason this game wasn’t a bigger stomp was We1less going huge on Gangplank.

There was one play in this game I felt aptly summarized the issues LGD have faced this split. LGD sent a 4 man gank squad to sit in the brush just outside their top lane outer turret. While LGD was sitting in the brush, the other 4 members of WE fast pushed mid. 957 casually uses his blue trinket to catch out a LGD member as WE are practically gifted the midlane inhibitor turret. Allowing your base to be broken open at 17 minutes without as much as a skirmish is inexcusable. This move by LGD reeked of desperation and is not something any professional team should allow to happen. 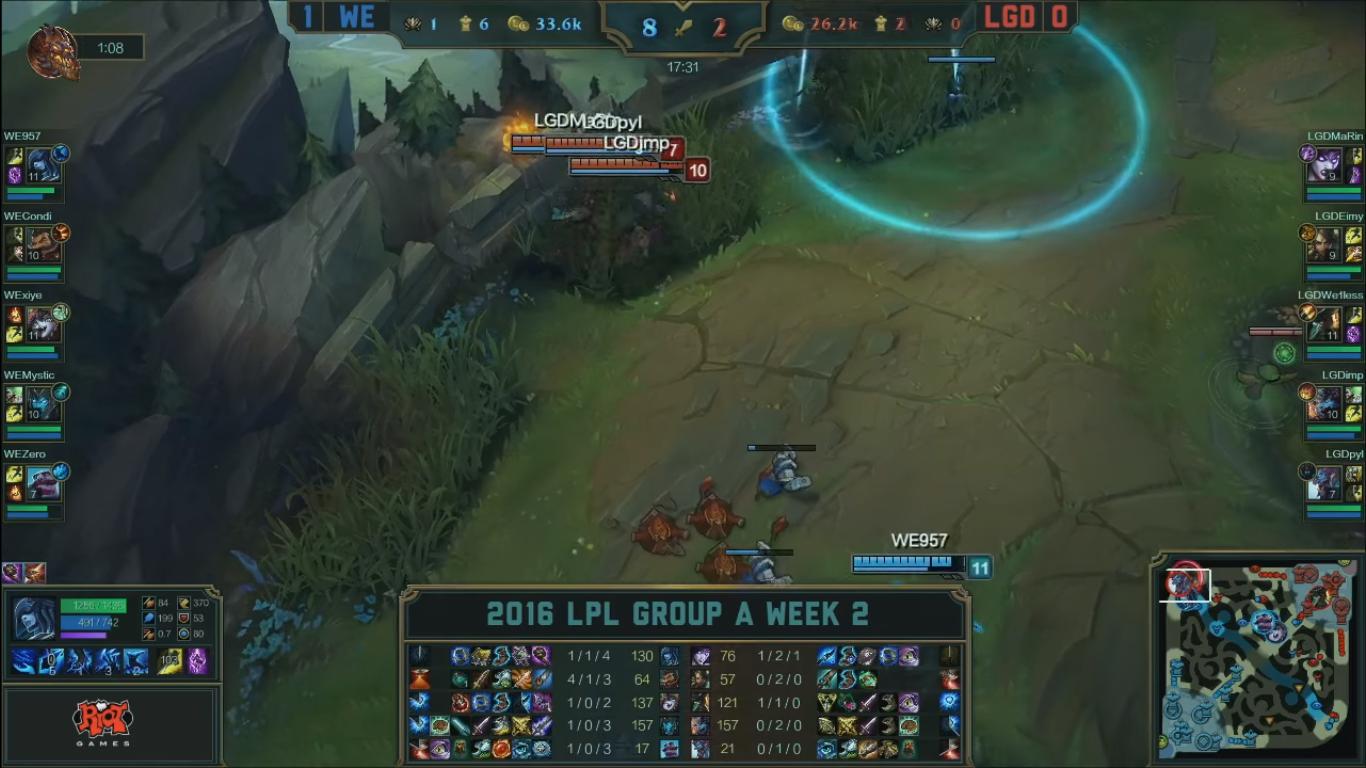 As I mentioned before LGD’s drafts have been mind-numbingly poor. In a meta where everyone is either split pushing or running siege comps, LGD are picking champions designed to fight. You would expect that Marin would be free to run wild, drafting Graves or Fiora and dominating the opposition’s top laner. Yet this has not been the case over the course of this split. LGD seem hell-bent on running Morgana or Rumble top. Rather than allowing their shiny new toy out to play, LGD seem content leaving Marin in the box and saving him for a later date. Marin needs to play splitpush champions and take over the game for LGD. I can’t imagine they wrote up his massive contract thinking he’d be building an early Mikael’s on Morgana. LGD need to unleash Marin if they want to start turning things around.

It is not just Marin that needs to step up; it is everyone on the team. Imp has had games where he seems perfectly content farming the side waves while the rift implodes around him. Last split Imp looked a god but now he is looking generally disinterested. We1less and PYL have both been fairly hit or miss thus far this split. We1less is looking far better than his showing at Worlds, but has not come close to the heights he hit while dominating the LPL during 2015.

Another major issue is the obvious lack of synergy between the players. This comes as no surprise as there is no unifying language on the team. This is obviously something that can be worked on throughout the season. However beyond actual language barriers, the whole of LGD seem incredibly slow to react. This is not just a language issue, but a synergy issue. The team is also having an identity crisis. No one seems quite sure who to funnel farm towards, as there is hardly enough cs to feed all three carries. On SKT Marin had the luxury of playing with the best player in the world. SKT was able to focus their farm into Marin knowing that Faker would always find a way to stay relevant. This is no longer the case, as Marin now has to compete with Imp, a true carry in every sense of the word, and We1less. The team seems confused how to properly allocate their resources and as such each laner is suffering.

The season is still early and there are a lot of games left to be played. Yet there are some very glaring issues that LGD are suffering from. LGD does however have incredibly talented and mechanically skilled players. If they can somehow fix their issues, there is no reason why LGD cannot become the team we all expected them to be.