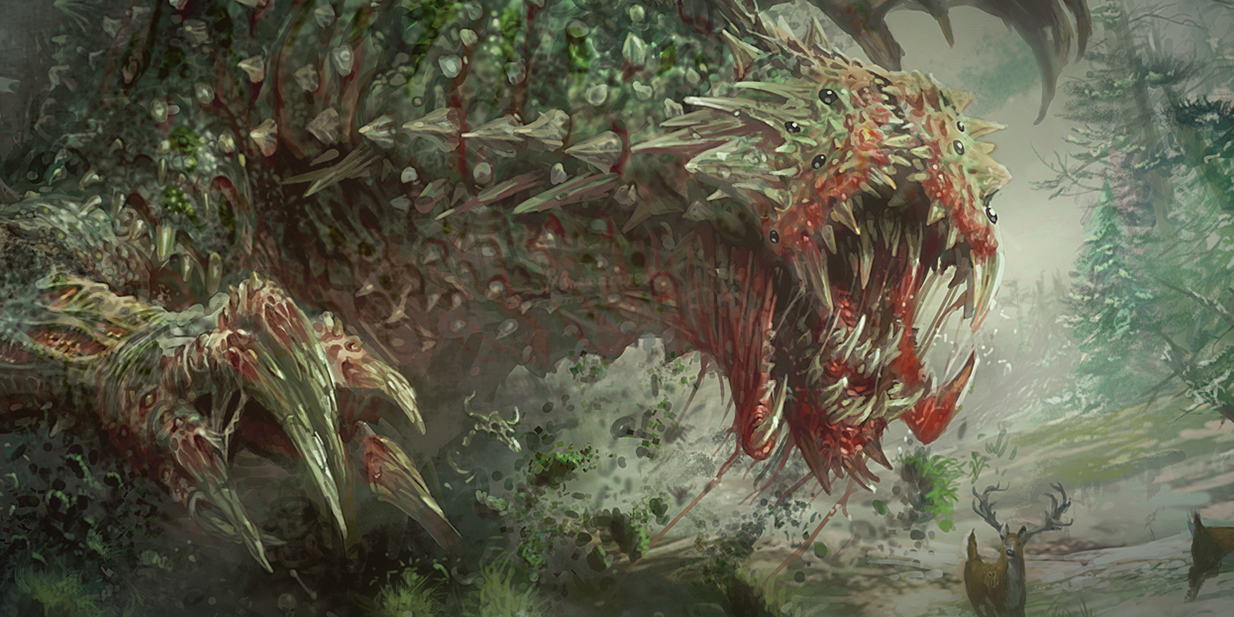 Hello again! This week we’re discussing the next phase of draft; picking champions. Much like with denying picks, there is a similar formula for obtaining; picking OPs/comfort champions, denying OPs/comfort champions, and countering any decisions the opponent makes. If you recall, there was a fourth option for banning that consisted of leaving strong champions open in hopes of countering during the next phase, but this aspect becomes an inherent mechanic of other decisions at this point in the draft. Instead, the fourth section will be replaced with something commonly referred to as “flex picks”, which will be analyzed later. In the meantime, enjoy the memes. 8)

This is #ByFar the most utilized aspect of draft phase. It is also the most straightforward means of selecting champions for your team, which may be the reason why it is so popular. We mentioned in the previous article how Gangplank and Mordekaiser were so strong at 2015 Worlds and how players like Faker, Freeze, Westdoor, and Fenix all had comfort champions that they’ve consistently showed up on. These are the same type of picks to take into consideration when choosing champions and building a composition for your team. Froggen is on your team and Anivia is open? Pick. A brand new champion is open and has a broken kit with ridiculous scaling? Instalock. You’re a one trick pony and the enemy team left your pony open? GGWP won in champ select. The basic concept is incredibly simple and easy to implement. Where things get difficult is when building compositions that these picks can work in; there’s no point in picking Kog’maw for your ADC if there are no tanks or peel on your team, regardless of whether or not it’s your ADC’s favorite champion. This is something we’ll get into next week, but is a good concept to mull over in the meantime.

Denying champions from an enemy team via picks has a very blurred line with just picking OP/Comfort champions. Sometimes choosing Rek’sai/Azir isn’t just a strong selection, it’s also two of the opponent’s favorite champions. And yes, first picking a broken champion with 4000% win rate might be “picking an OP”, but it also inherently denies it from the enemy. Where these sections differ is when you’re forced to either hinder the performance of one carry or 3+ carries.

Preventing comfort champions for two players, via bans and first picks, is easy. Let’s say you’re in a situation where you’re on Blue side and the opposition’s jungle/top are incredibly strong on two champions each; Lee Sin/Rek’sai and Rumble/Olaf. On top of that, you know your top laner is an incredible Olaf player; this is what the beginning of your draft could look like:

This situation gets tricky on Red side, but has a solution we’ll goto in a bit. In the meantime, let’s look at what you should do if there is a single carry on the other team.

Let’s say you’re playing against Season 5 TSM and Bjerg is your only concern. You know his top four champions are Azir, Viktor, LeBlanc, Twisted Fate, and you also know that your mid laner is an outstanding Azir player. Here is an example of how you could approach draft;

This forces TSM into a situation where they either put Bjerg on his 2nd tier champions, pick a champion for another lane that can punish your first pick Azir, or build an entire composition to counter your pick, and considering that Bjerg is their only hard carry, this makes executing any strategy a lot more difficult for them.

But what happens when you play against a team like Season 5 Team Liquid, with potential carries in three roles; top, mid, and ADC? If you know that Gnar, Azir, and Vayne are their best respective champions, but also know Fenix is good on Ahri, which is a champion your mid laner is comfortable on, then you can go with a draft like this;

You also have options of banning Ahri instead of Gnar or Vayne, then picking one of those for your other lanes or you could ignore the Ahri pick and deny Janna from Xpecial or Gragas from IWillDominate, that way you’re forcing as many 2nd tier champions as possible. This is especially effective from Red side, since you could have a draft like this;

There are even cases where teams will secure unconventional picks for particular roles, just so they can deny as many champions as possible from the opponent; such as Fizz/Lissandra top, Morgana mid/top, Shen support, Kennen ADC, etc., but this is yet another subject we’ll cover later in this analysis…

Picking Your Nose In Response

If you recall in the last article, when we covered “The Anti-Pick”, I discussed a scenario that happened during the final game at 2015 Mid-Season Invitational, where EDG allowed SKT to get Faker’s LeBlanc. This is the perfect example of how to counter pick and what it is;

PawN’s Morgana pick, countering Faker’s LeBlanc, was a ballsy move and did wonders for EDG, but that is far from what won them this draft. EDG first picked two massive tanks with CC, which mainly just looked like meta picks, but were also counters to Urgot and a potential LeBlanc, which was picked with a Nunu during SKT’s next turn. EDG’s next two picks are probably the most crucial; Morgana and Sivir. Both of these champions have their own spell shields to prevent picks from LeBlanc, with the added benefit of also countering Urgot’s ult and any other CC. It doesn’t end there, because although SKT get a couple of huge tanks with some nasty CC, EDG gets Evelynn, which completely negates the big strength of Nunu; vision control. EDG played this entire draft as one huge counter, making it seem as if they were playing reactionary, but in reality were letting SKT play right into their hands.

This might be a bit overwhelming, so let’s look at a simpler example. Remember in the “Denying Picks” section where I said there was “a solution we’ll goto in a bit”, in regards to a means of denying champions? Let’s look at that draft again, but pretend we’re on Red Side this time;

As you may recall, the scenario was that the enemy Jungler and Top were good on Lee Sin, Rek’sai, Rumble, and Olaf, but your Top laner was also good at Olaf, so you left it open to first pick. However, the enemy decided to pick it instead, so now you’re forced to play against them on one of their better champions. From here, you have a couple options, in terms of countering them; you can either pick your Top laner’s best available champion or you can pick something that counters Olaf, like Kennen or Gnar, since they both have a range advantage and can kite him while bringing a ton of utility to team fights. Here is where preparing strategies for every scenario is crucial. If you don’t know champion counters or the potential compositions that champions fit in, then you severely inhibit your chances of beating the enemy team.

Being Able to Pick Whoever’s Nose You Want

Finally, we reach the all mighty and mysterious “Flex Pick”, referenced at the end of the age old tale of “Pick Denial”! This form of wizardry is especially effective against the ones known as “N.A.” and has crippling effects! But seriously, flex picks can be insanely strong in certain situations and is the only style of securing champions that allows such a huge amount of options; which is where it gets the “flex” part of it’s name. Some examples that many of you may know are Bunny FuFuu’s Shen, everything Keane plays, and most of Faker’s champion pool. Actually, a good team to look at for successful uses of flex picks is Fnatic. YellOwStaR’s Trundle, Rekkles’s Kennen, Huni’s Cassiopeia, all great examples of picking a champion with the intention of it being for multiple roles, making your opponent’s response more difficult and yours easier.

Every example I have given up until this point has referenced unpredictable flex picks, so let’s look at something a bit more reasonable; such as Lulu. This is a champion that has the potential to be successful in 3 different roles; top, mid, and support. She brings a metric frick ton of utility to a team, so she can always be a factor, no matter what. Lulu can also fit in almost any team comp, so first picking her can be a solid catch, especially when you are attempting to force the opponent’s hand and see what their strategy is. This has the added benefit of putting Lulu in whatever role fits your team best. Let’s look at a couple instances where Lulu can flex her pecks from the Blue side;

We first picked Lulu in hopes of finding out what the opponent is looking to prioritize and we discovered they’re trending towards a composition that wants to combo Gnar and Viktor’s ultimates, which means they’re looking to team fight around walls. Now that we know that, we can build a composition to counter that play and inhibit their ability to fully utilize their first two picks; i.e. picking extremely mobile champs or a composition with a lot of disengage. How do we do this on Red side though?

The #1 thing you DO NOT want to do with your flex is pick it with a champion from the role it could potentially fill, which is why the Rek’sai was picked above; she is a solid jungler in almost any composition, so our strategy is still hidden. We want to reveal as little information as possible, so we can decide how to react, without limiting our options or giving the opponent a chance to counter-pick.

“So, if flex picks are so strong, why don’t more teams use them?” Because having multiple people, on the same team, that are exceptional on the same champion, and able to play it at the drop of a hat, is difficult. Also, there are usually stronger options available. If you had an opportunity to pick a broken champion that somehow made it through bans, but instead decided to flex a Cassiopeia top/mid, you’re doing it wrong. Also, there are teams that tend to value flex picks too much, such as Gravity and their Shen, which Hauntzer had a 25% win rate on and Bunny FuFuu had a 75% win rate on; there’s a reason it’s called “Bunny FuFuu’s Shen” and not “Gravity’s Shen”. Granted, those losses may have very little to do with Hauntzer’s performance, but situations like this can certainly arise when trying to force something to work.

Now You Know How To Pick Noses

Picking champions is incredibly complex and this barely scratches the surface, but creates a decent foundation to build upon. As we continue, we’ll look at how to utilize these mechanics to draft teams that stomp the dildos out of our opponents, but before we get too carried away, I encourage you to reflect on what you’ve read so far. Next week’s article is about what goes into building compositions, so having a firm grasp on what we’ve covered is essential. Thanks for reading and, as always, I’m going to hangout with my cats now. *Motivational thumbs up and wink at the camera*