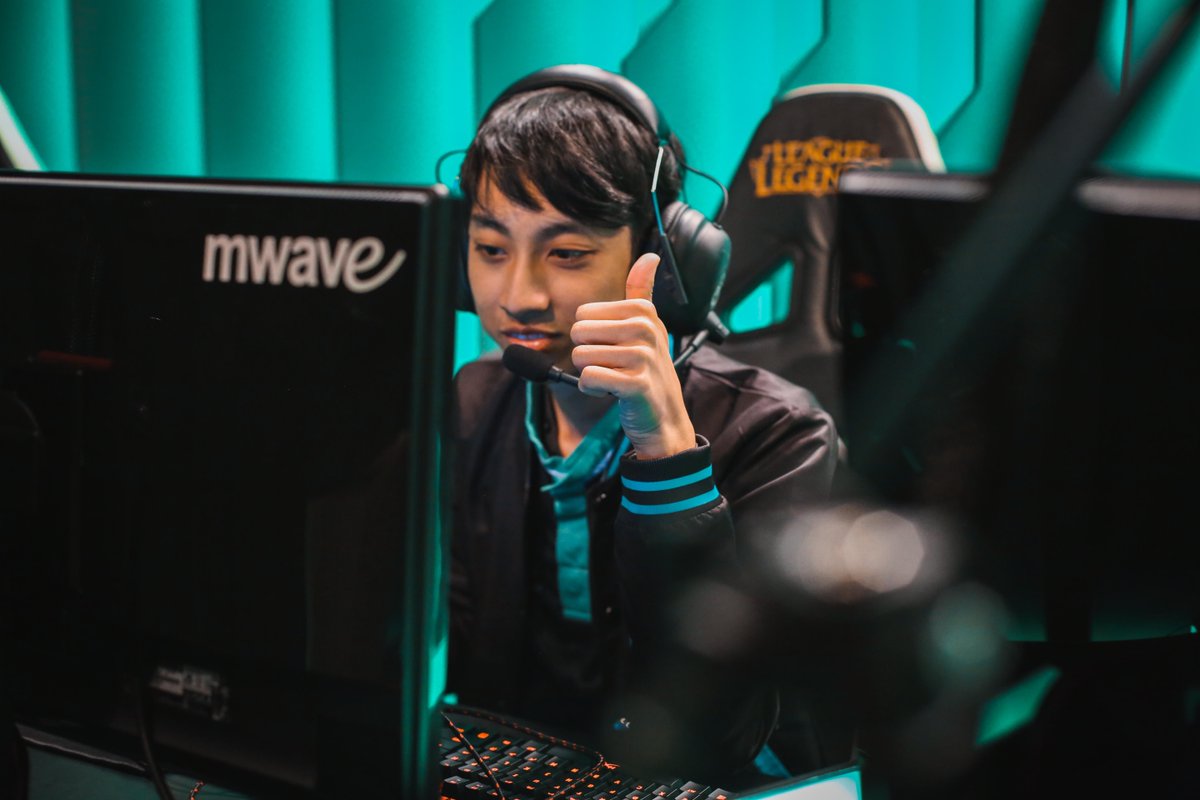 Robert “Katsurii” Gouv came into a struggling Dire Wolves team with an insane amount of pressure on him. After going 1-20 in split one, Dire Wolves revamped its entire roster, bringing in two imports and ditching the majority of its starting lineup to the OCS. Katsurii has been around for the last couple of years at the OCS level and was given the call up to the Dire Wolves with no experience and the expectations of one of Australia’s best teams on his shoulders.

While he got off to a shaky start over the first couple of weeks, Katsurii has started to slide into the OPL environment. In this week’s matchup against the top of the table Chiefs, the Dire Wolves rookie made a huge play on Ezreal in a Maccas’ I’m Loving It moment.

With the game dead even nine minutes in, Chiefs’ jungler Jordan “Only” Middleton looked to snowball Quin “Raes” Korebrits in the bot lane with a swift gank. As Only ran into the bot lane, he missed his Body Slam-flash combo onto Ezreal, giving Katsurii time to get out of the gank. While his support, Ian “Corporal” Pearce, wasn’t so lucky, the Dire Wolves were able to turn the fight around against the mispositioned Chiefs.

Jarod “Getback” Tucker charged his Sion ultimate down from mid lane to out-rotate Brandon “Claire” Nguyen, crashing into Only. Katsurii landed his Trueshot Barrage onto Raes and Only before diving on top of the manaless Lucian. As Bill “Eyla” Nguyen looked to escape through the Dire Wolves jungle, he was locked down by Oh “Raise” Ji-hwan’s Sylas, with Katsurii landing one final Mystic Shot to secure the triple kill.

While Katsurii and the Dire Wolves got a lead off of this play, they were unable to convert it into a win in the mid game. But for Katsurii, this was a play that showed the region his potential as he tries to cement his place in the league for years to come.