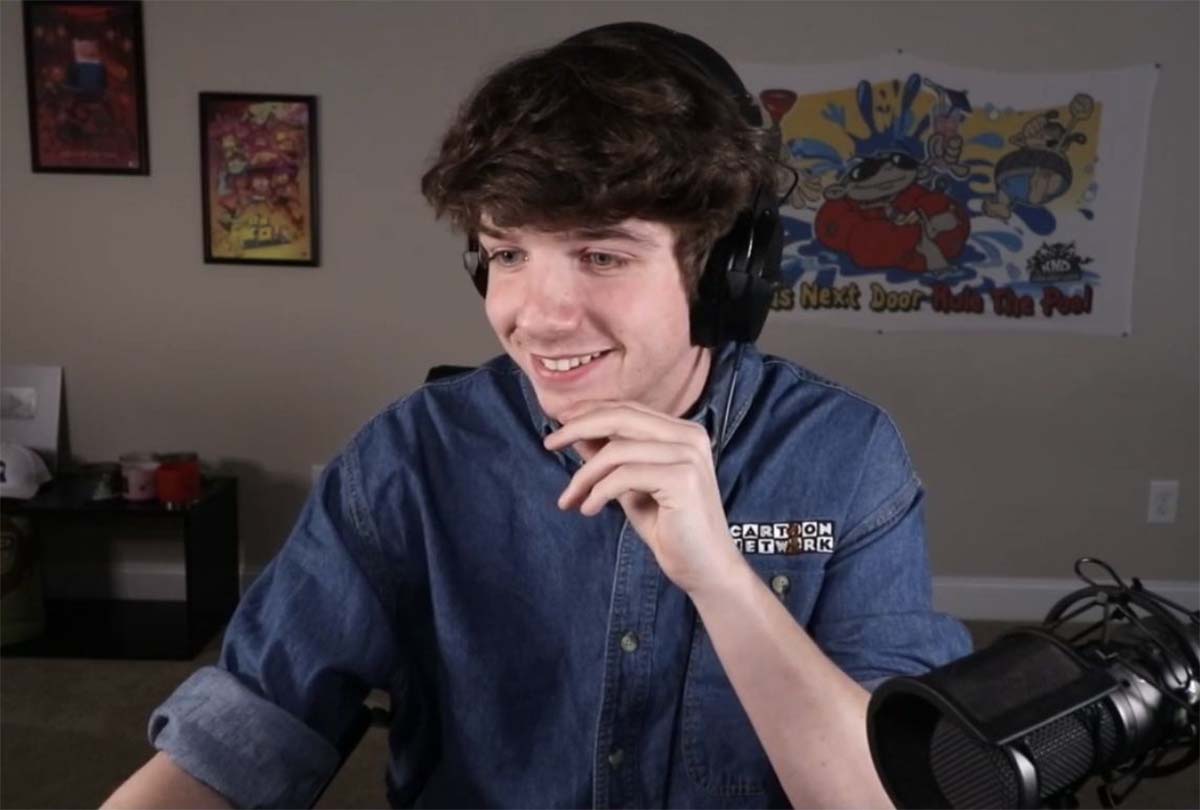 Karl Jabobs, formerly known as GamerBoyKarl, is a college dropout who found his way into Mr. Beasts’ videos and, in the process, became one of the top streamers on Twitch, amassing a massive community.

The rising star is also a member of the Dream SMP: a private, whitelisted survival multiplayer Minecraft server played on by the Dream Team and their friends.

Because of his sharp rise in prominence, plenty of fans are keen on the personality’s hardware. Karl Jacobs has a high-end setup for his streaming and gaming needs, including two PCs—one for gaming and the other for streaming.

Alienware does a solid job of delivering high-end gaming monitors. The AW2518H is no exception to that statement, boasting a 240Hz refresh rate, 1ms response times, and g-sync compatibility, all tied together on a reasonably sized 25-inch TN screen with FHD (Full HD resolution).

Despite plenty of monitors capable of 4K resolution, 1920×1080 screens are highly popular amongst gamers. 1080p is much easier to drive at higher frame rates than 1440p or 4K screens, and the monitors themselves are usually more affordable, too.

The AW2518H isn’t the cheapest 1080p 240Hz monitor on the market, although it is one of the best performing, and it’s frequently available at a discount if you’re patient.

Corsair comes in strong with their mechanical gaming keyboard with the Corsair K70 Rapidfire.

Cherry MX Speed switches, short pre-travel distance, and low actuation force allow users to react at lightning speed during intensive in-game situations. Once you familiarize yourself with the keyboard, you’ll discover that you don’t need to bottom out the keys because a small press is all that’s needed to actuate them, which is good news for competitive gamers looking to shave off every possible millisecond.

Everything is housed in an aluminum-reinforced board, offering a sturdy feel—there’s very little flex. Dedicated media controls are helpful, too, especially for the streamers out there. Each individual key can be lit with any color of your choice, and they’re all macro-programmable.

Weighing in at 58g, the Finalmouse Air58 Ninja is one of the lightest gaming mice you can find. Its long and wide shape does a fine job of fitting most grip styles with ease. And although it weighs next to nothing, it’s a reasonably large mouse at 128x60x40mm.

The large size paired with feather-like weight offers a comfortable feel that gets the job done because it glides across your mousepad, allowing for effortless headshots at a moment’s notice. Thanks to the cherry blossom red coloring and honeycomb skeleton pattern on the outside, the design really stands out, especially in how the mouse reveals its internals. It’s also available in a cherry blossom blue color.

The Beyerdynamic DT 990 PRO delivers solid open audio reproduction paired with a sturdy and durable build. They’re well-padded and fit quite snug—though some users might find it too tight.

Bass, instruments, and vocals deliver combined sound quality that’s clear and crisp to listen to, although the headphones may sound a bit sharp at times. Also, there’s no noise-canceling, microphone, and they’re not wireless—which might be a deal-breaker for some.

If you’re a power-hungry content creator, the Intel Core i9-9900K is a CPU that delivers.

Intel boasted at launch that the i9-9900K was the “world’s best gaming desktop processor.” Since then, competition has arisen, swiftly challenging that claim. Still, this is a solid choice for users and gamers alike because it offers top-notch performance, especially for creative and CPU-intensive tasks. Features include ultra-speediness for video rendering, editing, and gaming. It’s also reasonably priced, hovering around the $700 mark.

If you’re keen on a powerful GPU that takes advantage of Nvidia’s ray tracing, high FPS, and 4K gaming, the RTX 2080Ti is a strong candidate.

Since its release, current generation RTX 3070 and 3080 are the cards to dethrone, and development is already underway for the RTX 3090 Ti and (reportedly) the next-generation 4000-series GPUs. So, the RTX 2080Ti is no longer the best of the best, however, that shouldn’t take away from its capabilities. It’s able to produce over 60fps in 4K while gaming, which says a lot about its power.

Considering ongoing chip shortages, the GeForce RTX 2080 Ti still costs a pretty penny. So if you’re thinking of buying a current or even a last-gen GPU, be prepared to hand over the dough because graphic card prices aren’t dropping anytime soon. Still, the older RTX 2080 Ti is still a great 4K-capable card in most titles, and it still excels at 1440p.

If you’re looking to make a visual splash inside of your custom-built PC, the G.Skill TridentZ RGB combines performance and beauty for building a stylish, modern PC.

Just like any other upgrade requiring motherboard tinkering, having a solid idea of what you’re doing is essential when installing memory. This may include updating the latest bios for your motherboard and ensuring the proper voltage is set.

The ASUS ROG Maximus XI Hero is a dependable mid-range board well-suited for most gaming rigs.

While not top-of-the-line in any one category, this motherboard does an effective job of being well-balanced. Four DDR4 slots—maximum 64GB—means G.Skill Tridentz RGB memory slot in no problem. There’s also room for two GPUs, allowing for dual-graphics capability if you’re truly going for a top-tier build. It also features a sleek, black design that’s likely to fit in with most internal layouts.

Most gamers will be pleased with the specifications of this board because it easily captures required builds’ needs.