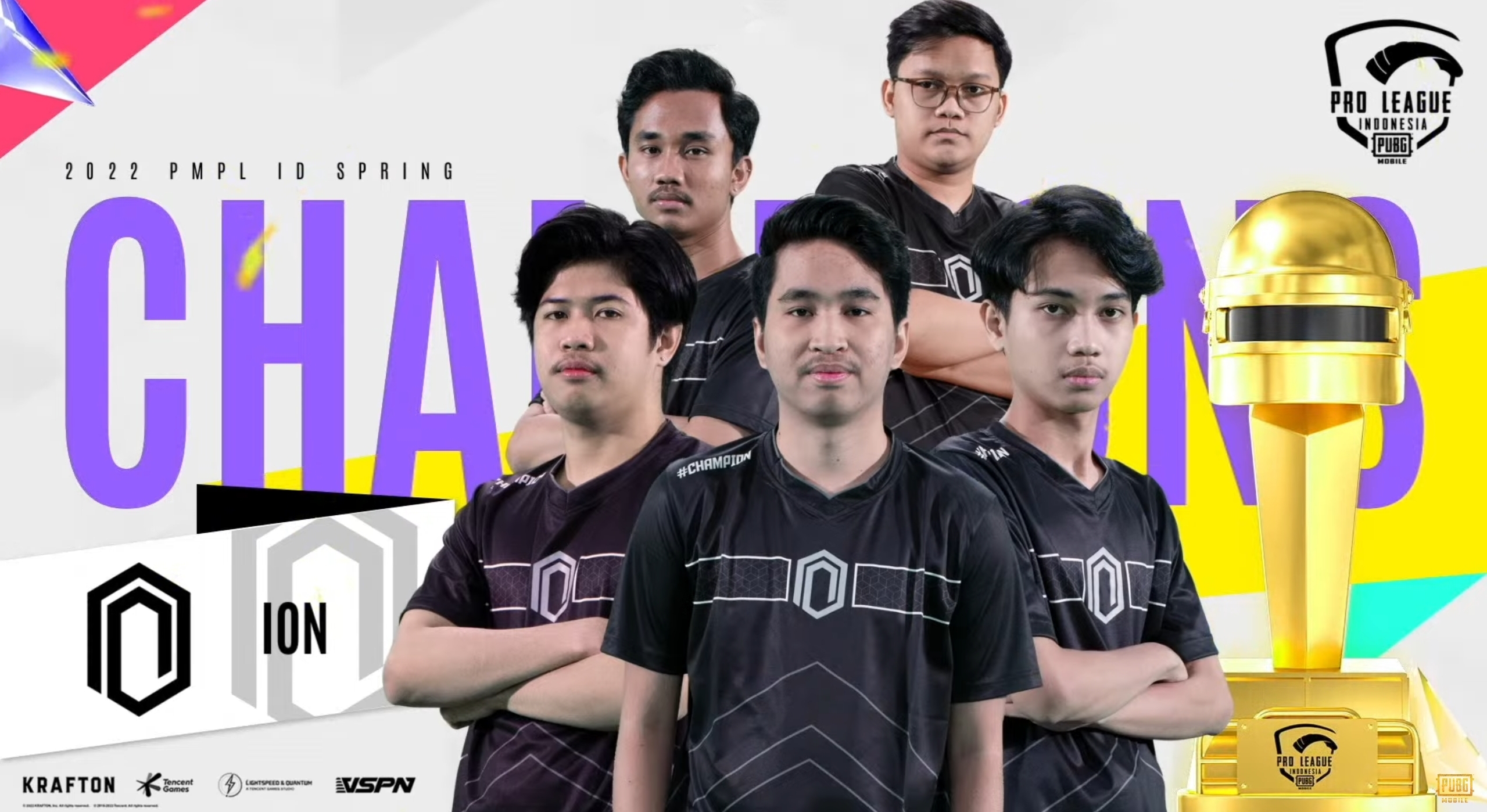 ION Esports have been crowned the spring champions of the PUBG Mobile Pro League (PMPL) Indonesia 2022 after an intense country final.

The final went into the last game to seal the top three teams who will be advancing to the PMPL SEA Championship in June. ION placed 12th in the last game on Erangel, giving an opportunity to other teams to climb up the rankings. EVOS tried to capitalize on this and played a safe game to be knocked out in third place, but with zero kills. The 10 placement points they earned from this weren’t enough and ION became the champions with a margin of just two points.

ION put up an impressive showing throughout the PMPL, with a second-place finish in the league stage and a victory in the final. From the 15 matches in the finals, they got three chicken dinners and 69 eliminations to accumulate 214 points. EVOS finished second with 212 points.

The battle for third and the last spot directly to the SEA Championship was also close. Bigetron, who were one of the favorites to win the championship, had a devastating final day in which they could only pick up 11 points. Despite this, they were still fighting for the championship until the last match due to their great performances over the first two days. But a last-place finish in the final game put them fourth in the overall standings with 202 points, just a single point behind RRQ.

Despite the disappointing finish, Bigetron will get a chance at redemption during the play-ins for the SEA Championship. Teams placed fourth to sixth in the country finals have qualified for this.

Here are the overall standings of the PMPL Spring Indonesia Finals.