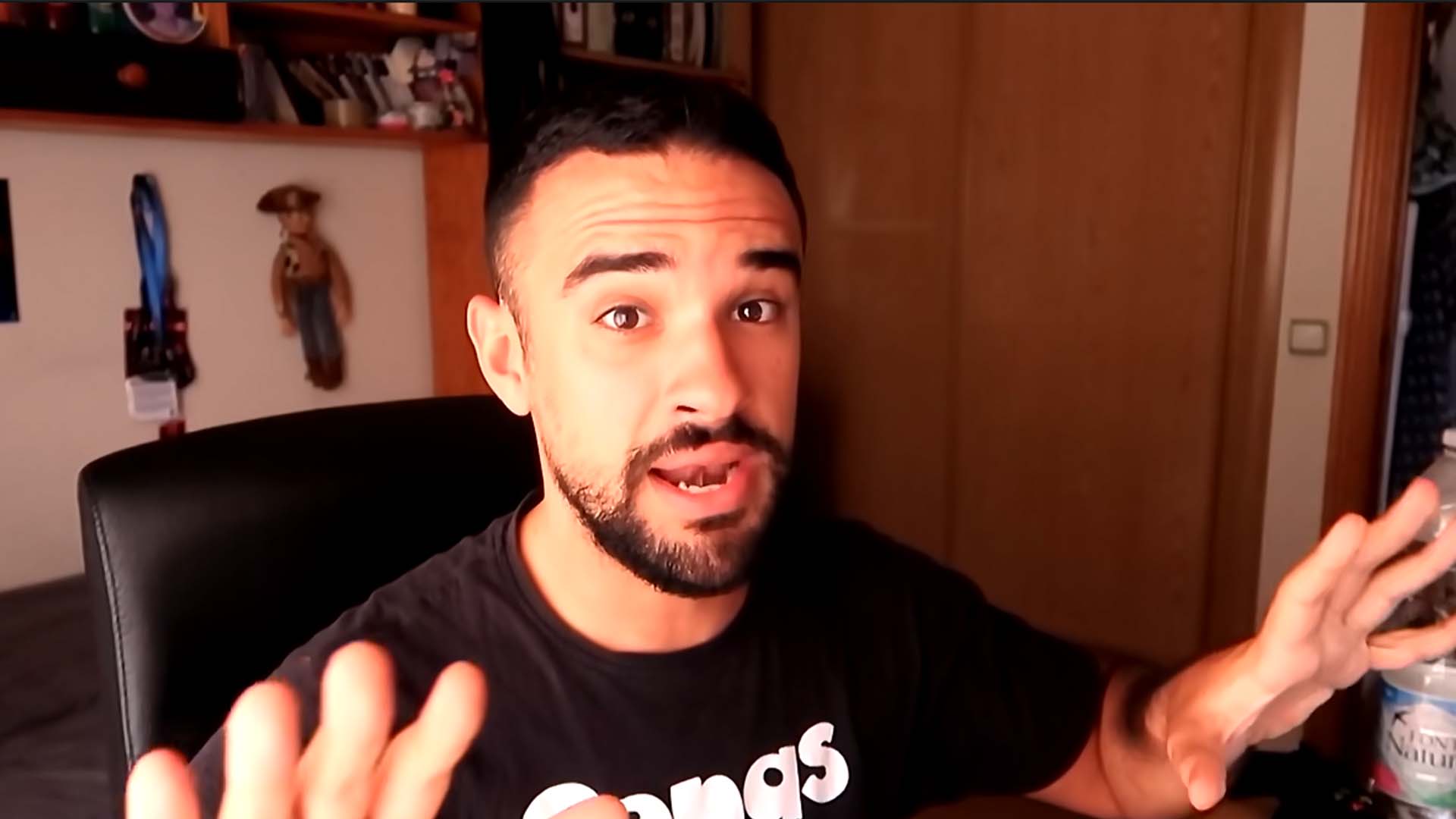 IlloJuan is a Spanish Twitch streamer who started his content creator career in 2008. His content varied, with gameplay streams of popular games on Twitch in addition to vlog style videos and streams with his friends and family. In addition to the 1.5 million subscribers on his Twitch channel, Illojuan has two YouTube channels—IlloJuan and LMD Show—with 580,000 and 420,000 subscribers, respectively.

Here is the streaming setup for IlloJuan.

A popular pick among many streamers, the Shure SM7B is one of the best microphones out there for content creators. The SM7B is an XLR condenser mic that delivers studio-quality recordings. Streamers like IlloJuan love its resistance to ambient noise due to its low signal input.

The mic requires a higher than average gain level to pick up sound. Because of the low signal output, the microphone is less likely to capture unwanted noise in the background and focus on the user’s voice.

A50 base stations work with PCs and either a PlayStation or Xbox console. Base stations, however, will not work with both consoles and are sold separately based on PS5/PS4 on Xbox One/Xbox Series X|S compatibility. The base station is where the headset will rest to recharge but doubles as a MixAmp. While connected to the PC, the base station will access its sound card to create game and chat audio mixes.

The central processor for IlloJuan’s PC is an AMD Ryzen 9 5900X. Ryzen processors are great for gaming and productivity, and the Ryzen 9 5900X stands out for its 4.8GHz max clock speed. Its fast speed allows for faster render times and helps boost game performance past 100 fps for 1080p and 1440p gaming.

When paired with Radeon graphics cards, Ryzen processors enable unique features like AMD Smart Access Memory. These features allow the user to gain more power and efficiency that wouldn’t be possible if paired with an Nvidia GPU.

Zotac Gaming’s customized RTX 3080 comes with a metal front plate and an RGB backplate for those who enjoy a flashier GPU. Other unique features include its FREEZE Fan Stop and Active Fan Control. These features contribute to ten percent cooler temperatures than the manufacturer’s last generation of graphics cards.

The pandemic makes buying one a costly investment, however. MSRP price tags for an RTX 3080 should be $699, but inflation pushes it well past $1000, and reseller prices aren’t much better either. Nvidia’s CEO believes that supplies should start to restabilize in the second half of 2022 but won’t get close to pre-pandemic prices until 2023.

Cooling the Ryzen 9 5900X of Illojuan’s PC is a Noctua NH-D15 chromax.black CPU cooler. This version of the popular Austrian cooler comes in all-black coloring from the fan blades to the copper pipes.

It features a dual-tower heatsink design with two 140-millimeter fans and six heat pipes.NH-D15 coolers use soldered interfacing with the fins, and heat pipes instead of a pressed fit, which Noctua claims extends the lifetime of the cooler.

Unlike many of its competitors, these sticks don’t sport flashy RGB lights—although Corsair does make a handful of kits with RGBs installed. Each of the sticks comes with 16GB of onboard DDR4 memory, which Illojuan doubled up for a total of 32GB of RAM. Vengeance LPX kits can have a maximum of 32GB of RAM per stick and higher read speeds of up to 4000MHz.

The motherboard inside IlloJuan’s PC is an MSI MPG X570 Gaming Edge Wi-Fi. It supports PCIe 4.0 connections for high-speed devices and onboard Wi-Fi 5 technology. Additionally, the motherboard comes with a DDR4 boost that helps produce lower latency signals.

MPG X570 is an AMD motherboard, meaning it uses an AM4 socket compatible with second and third-generation Ryzen processors. These motherboards won’t be compatible with AMD’s 6000 series CPUs set to release in the second half of 2022. This lack of support is because of the company’s switch to the new AM5 platform, which will use PCIe 5.0 connections and the more efficient DDR5 memory.

The case housing all of IlloJuan’s PC parts is a Corsair 4000D AIRFLOW Tempered Glass Mid-Tower ATX. Its design incorporates a ventilated front panel that Corsair claims increase airflow in the case along with the two 120-millimeter fans that ship with it.

On the top panel are USB-A 3.0 and USB-C 3.1 front connections. Behind the main components are 25-millimeters of space for single-channel cable management and storage drives. The 4000D Airflow can also hold two 2.5-inch SSD drives and two 3.5-inch hard drives.

Color options for the 4000 series case include black and white. Other case variations come with a closed front panel or a front panel with three Corsair iCUE RGB 120-millimeter fans. Both variations can come in black or white as well.

For the price, the Rocket is a solid selection compared to the Samsung 980 M.2 SSD. Sabrent also makes faster SSDs that reach write speeds up to 7000MB/s.

The BeQuiet Silent Wings 3 high-speed fans help keep IlloJuan’s PC quiet during streams. It comes in a 120-millimeter frame with removable anti-vibration mounts. All of the design choices by BeQuiet help make this PWM fan among the quietest fans to own.

The RM750 features a zero RPM mode. With the mode enabled, the power supply’s fan will not start spinning until it is necessary, which, in turn, reduces the overall noise of the PC during low to mid loads. It can also handle more than one GPU with multiple PCIe cable connections.