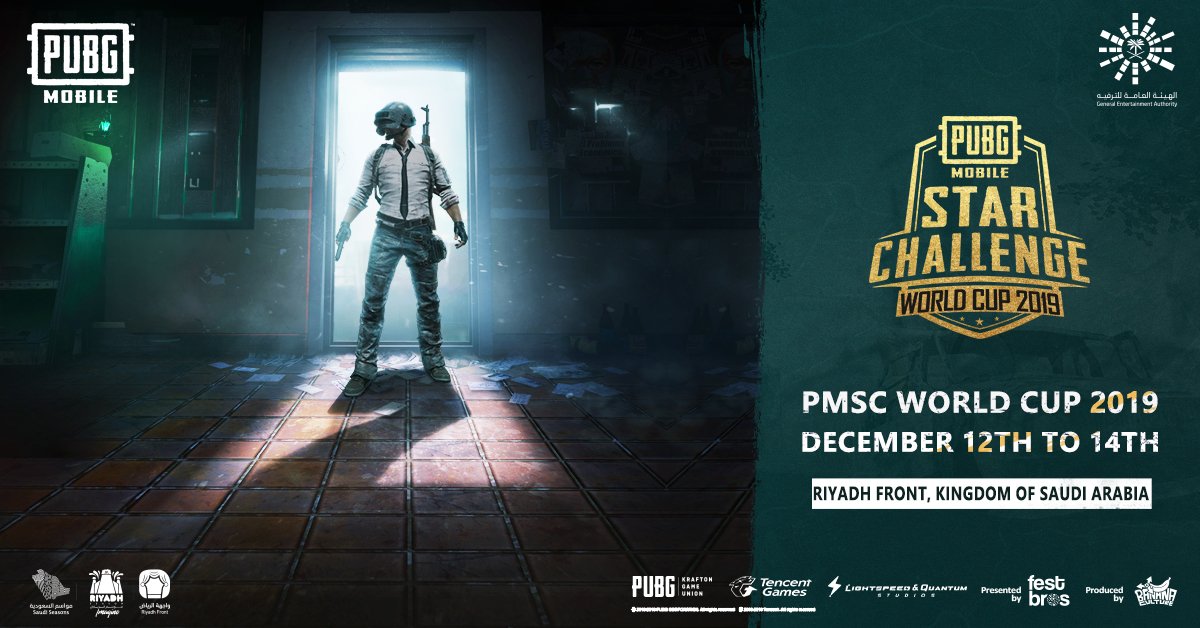 The PUBG Mobile Star Challenge (PMSC) is returning to the Middle East with the 2019 World Cup, which will be held at the Riyadh Front in Saudi Arabia from Dec. 12 to 14.

With $300,000 up for grabs, 32 teams from around the world will be battling across three days to get a share of the prize pool. Sixteen teams will be from the Middle East and North Africa (MENA) region while the other 16 will be international squads.

The 32 teams will be divided into two groups—A and B. Group A will consist only of the 16 MENA teams while Group B will have the remaining international teams.

Group A and B will play four matches each on Dec. 12 and 13 to decide the final rankings. The top eight teams from each group will qualify for the finals.

The finals will be held on Dec. 14 when the winner will walk away with $100,000. The 16 finalists will play five matches to decide the PMSC World Cup 2019 champion. The order of matches is as follows:

The tournament will be live-streamed on the official PUBG Mobile Esports YouTube in English and Arabic. The stream will start at 10 am (CT). It will be hosted by Baraa Abdullah and cast by Jason Kaplan in English while Saad Alsmari will be the Arabic caster. The English commentators include Brendan Valdes and Clinton “Paperthin” Bader. The Arabic commentators will be “Dr. Agent” and “Rezzo”.