There will be four PUBG Mobile Pro Leagues (PMPL) for different countries in the Southeast Asia region–Indonesia, Vietnam, Thailand, and Malaysia/Singapore.

These Pro Leagues will be split into a three-week long regular season followed by a final. The best teams from each of the four Pro Leagues will advance to the PMPL SEA Regional Finals which will happen from May 21 to 23.

Here is everything you need to know about the PUBG Mobile Pro League season three in SEA.

The format for all four Pro Leagues is identical.

The top 16 teams from the Super Weekend standings will compete in the Finals in their respective Pro Leagues. The best teams from here will move on to the PMPL SEA Regional Final. 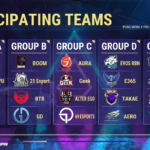 All matches will be livestreamed on PUBG Mobile Esports’ official YouTube channel.