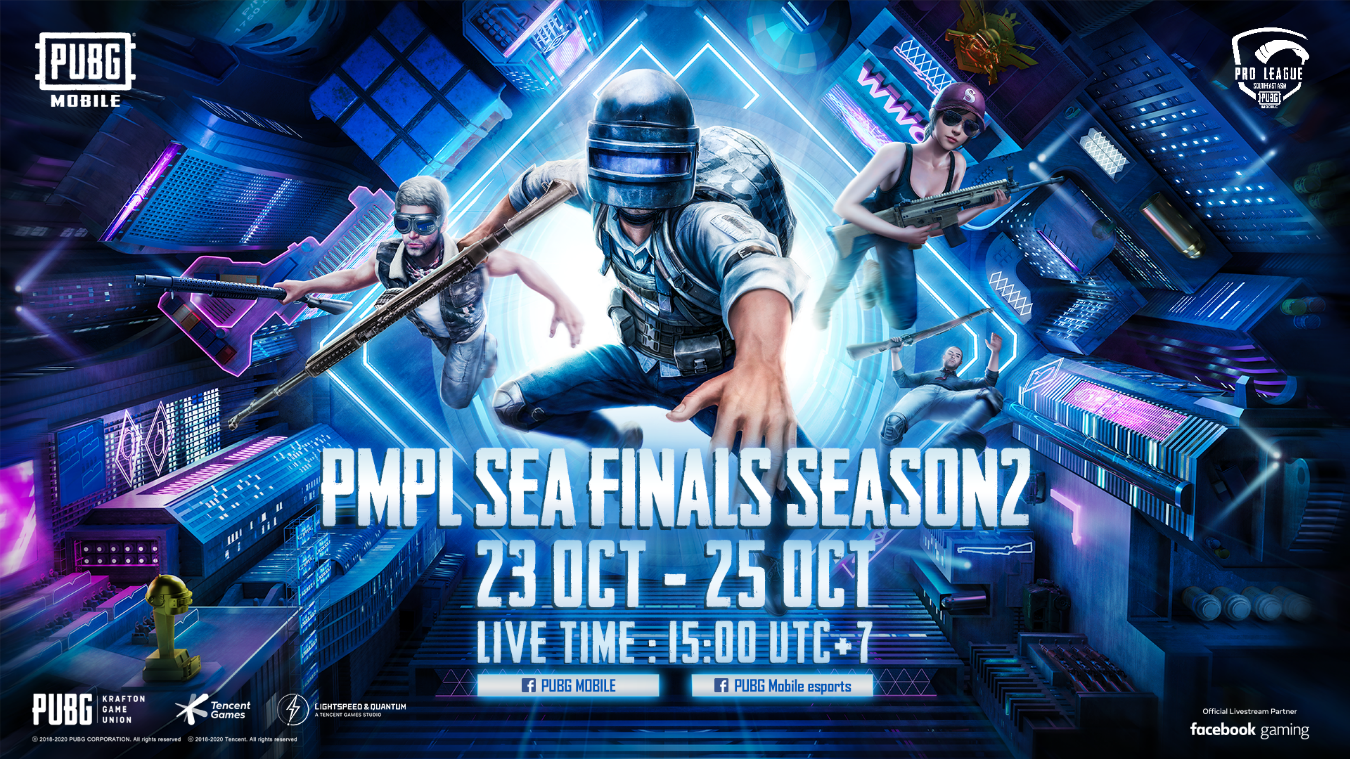 The PUBG Mobile Pro League (PMPL) Southeast Asia season two finals will take place from Oct. 23 to 25. Sixteen teams from across the region will be competing for a share of the $150,000 prize pool and four slots in the PUBG Mobile Global Championship (PMGC) season zero.

It’ll be a grand event featuring a live performance by Indonesian rapper Rich Brian before the last match of the finals. Tencent has also revealed that the online tournament will have a VR studio along with other “technologies” to give viewers the best experience possible.

Aside from this, the new female character coming to PUBG Mobile, Miss J, will be the virtual host for the event, a first for PUBG Mobile esports.

The teams have qualified through regional PMPLs in Thailand, Indonesia, Malaysia/Singapore, and Vietnam. Three teams have made it from the Club Open (PMCO) SEA Wildcard, while Yoodo Gank has been directly invited as the defending champions.

Here’s the points system for the finals. One point will be given per kill.

Tencent is giving all players rewards when certain milestones are reached in terms of viewership. These are:

Aside from this, a viewer will also win an ASUS ROG Phone if the viewership reaches 200,000.

All matches will be streamed on the official PUBG Mobile Esports Facebook channel. It will begin at 2:30am CT.