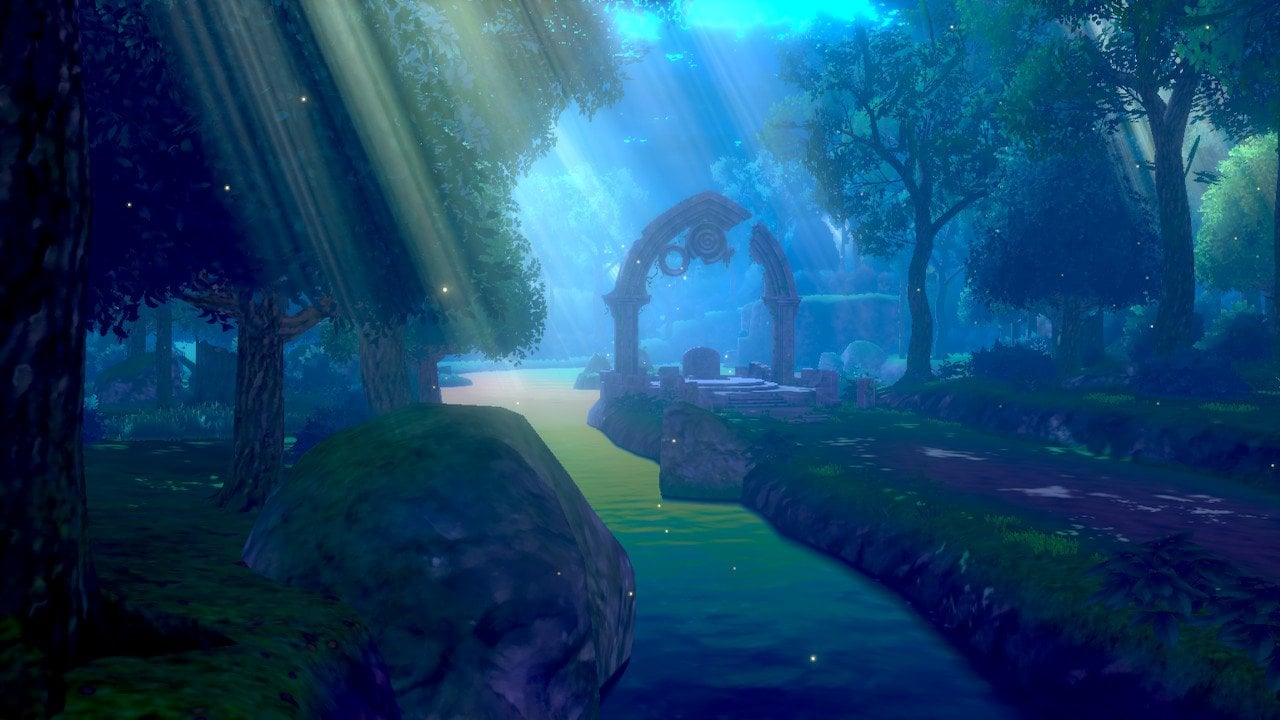 Sword and Shield mess with the traditional Pokémon formula by making you wait until the postgame to catch either of the title legendaries.

That means you won’t have Zacian or Zamazenta available when you face off against Champion Leon. But that lets them play a bigger role in the story after you beat the game.

After capturing Eternatus with the help of Hop and both legendary Pokémon, Zacian and Zamazenta will leave while you head back to the Champion Cup to take on Leon. Credits will roll after you take the title of Champion and then you’ll end up back at your home from the start of the game.

Professor Magnolia will be the first to greet you by rewarding you with the Master Ball that was missing from the Eternatus fight. Then, you’ll be tasked with following Hop into the Slumbering Weald, where he went to visit the resting place of the legends.

Hop will challenge you to another battle to test his might, and after beating him, the two of you will place the Rusted Sword and Rusted Shield back where you got them from. But before you can head back home, two oddly-dressed brothers will appear and start talking about the real history of the Galar Region.

You’ll battle the two of them and reclaim whatever item you used in the battle against Eternatus. Hop will lose and the other item will be stolen, prompting you to chase the two new opponents across Galar while they stir up trouble for the gym leaders by forcing wild Pokémon to Dynamax.

After completing this winding quest across the region, you’ll end up back where you faced off against Eternatus at the top of Hammerlocke Stadium. This is where you’ll actually be able to battle and capture your legendary partner.

After that, you’ll call the opposite legendary that isn’t under the influence of the brothers and you’ll be able to finally catch it. You’ll then return to the Slumbering Weald one more time where Hop will catch the other legendary and you’ll battle again to truly end the game’s story.

You should probably add your own legendary to your party because Hop will be using his in the battle, which gives him a much better sixth team member than he had the last time you battled.