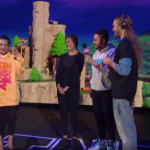 Soleil “Ewok” Wheeler is one of the most inspirational figures in the Fortnite community. The young streamer became the first female to join FaZe Clan last July.

The aggressive playstyle she’s adopted, despite being deaf, allowed her to rise within the ranks of Fortnite and draw the attention of big-name streamers like TimTheTatman and Ninja. She went from averaging five viewers to 500 in no time and switched to Mixer at the end of 2019.

Ewok was also a part of the Celebrity Pro-Am tournament in July 2019, in which she finished in the 25th place with her duo Jordan Fisher. The two took home $25,000 while placing above notable names like DrLupo and FaZe Kay.

If you’re aiming to become as good as Ewok, then talent and practice are by far the most important tools to get on her level. Emulating her equipment setup can help improve the pace of your process, however. After all, acting like a pro is the first step toward becoming one.

Here are the key parts of Ewok’s gaming and streaming setup.

Though wireless peripherals were avoided like the plague in the past due to their high response time and battery issues, they’ve made an impressive comeback over the last decade.

Ewok uses Logitech’s G Pro Wireless, which is one of the best wireless options on the market. It features Logitech’s most high-end sensor, HERO 16K. The lightspeed technology used in the mouse puts its performance on par with its wired competition.

Wired-like performance without cables makes the G Pro a great option for streamers. This mouse is also the go-to choice of household streamers like shroud.

A decent mousepad is essential for anyone who’s looking to use their peripherals for a long time. They’re known for preventing wear and tear to destroy the feet of a mouse and allow players to be more precise with their movements.

Ewok uses SteelSeries’ QcK FaZe Clan edition. QCK is a timeless classic within the mousepad market. Its microwoven cloth surface assures a smooth gliding experience while the rubber base makes sure it stays put even in the most heated build battles.

The only difference between the FaZe version of the QCK and the original one, though, is the paint on them. You also get to support FaZe with your purchase.

Mechanical keyboards are the go-to choice of pros due to their low response rates and actuation points. These two key factors make them a powerful ally to have in games like Fortnite since you constantly need to switch between guns and buildings.

The G Pro’s detachable cable also makes it easier to carry around. You can even customize the keyboard’s RGB via Logitech’s G Hub.

Seeing other players first is the key to reacting faster than your opponents. A gaming monitor with low response time and a high refresh rate will give you a better viewing experience and a competitive edge over anyone who still plays on simple flat-screens.

Ewok uses the Alienware AW2518H, which is a 25-inch LCD monitor. The monitor’s one millisecond response time and 240 Hz refresh rate makes it the perfect candidate for a hectic game like Fortnite.

You’ll need to match your monitor’s refresh rate in terms of frames to fully take advantage of it, though. We recommend testing your hardware before pulling the trigger on a gaming monitor.

It doesn’t matter if you want to have the highest frames or the best-looking graphics settings, a top of the line graphics card is always a good idea to ensure a smooth gaming experience and longevity.

While you may not have a gaming monitor to put your high frames to use, opting for a high-end graphics card can still be a future-proof choice.

Graphics cards aren’t the only heavy influencers when it comes to game performance. Fortnite is a CPU intensive game, which makes having a powerful processor as important as a decent GPU.

Ewok uses Intel’s eight-generation i7-8700k. While it may be a couple of generations behind Intel’s latest models, it’s still one of the best CPUs on the market. The i7-8700k is a perfect choice to have stable frames in Fortnite while streaming at the same time.

Though your processing needs may be a lot lower if you don’t stream and keep many tabs open while gaming, an upper-tier processor will show its age later than budget options.

While SSDs don’t boost your frame rates, they’re a great addition to any gaming setup since they reduce loading times by a huge margin.

Ewok uses the 500 GB version of Samsung’s 860 EVO, which features a reading speed of 475 megabyte per second, alongside a 416 megabyte per second writing speed. It’s one of the more expensive SSDs in its performance range but it’s still considered a top pick due to its durability. 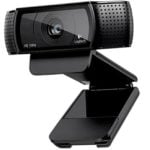 Webcams are an essential part of any stream. They allow viewers to see your true emotions and reactions, which lets them relate more to you as a person than a streamer.

Ewok uses two different webcams on her streams. She prefers the Logitech C920, which is a 1080p webcam, as a facecam while using a 720p Logitech C922 as a handcam. Handcams are especially popular for Fortnite streamers since they showcase how mechanically talented the players are at the game.