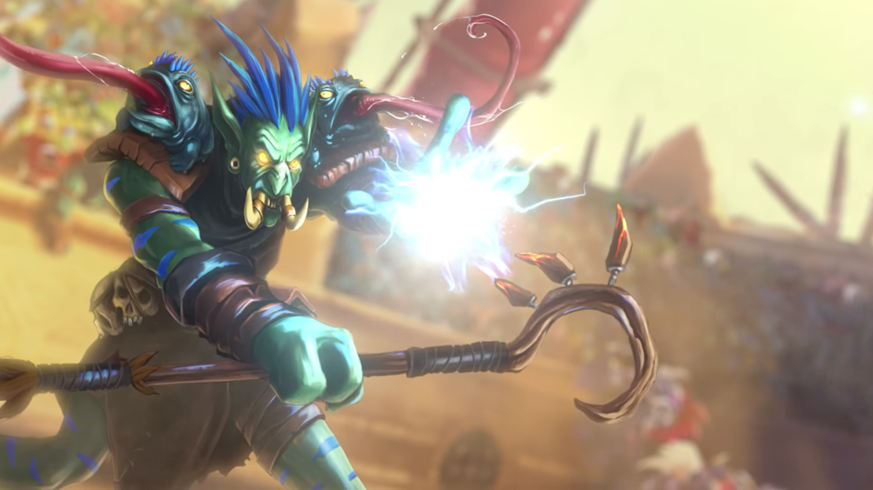 Hearthstone fans are excited that it’s officially card reveal season once again. The game’s next expansion, Rastakhan’s Rumble, is right around the corner—and that means Hearthstone players have plenty of new cards to look forward to.

Twenty-two of the expansion’s 135 cards have already been revealed, but there’s still more on the way. And now, the official schedule for card reveals has been announced, according to HearthPwn.

It’s important to note, however, that additional card reveals could happen that aren’t mentioned on this list. The provided schedule simply features the dates and times of confirmed reveals that will be happening.

The reveal schedule starts with a livestream on Monday, Nov. 19 and concludes with another stream on Wednesday, Nov. 28. Between Nov. 19 and 28, though, several card reveals are prepared before the expansion launches on Dec. 4.

Here’s the current schedule for the remaining Rastakhan’s Rumble card reveals. The dates and times below are hyperlinked to the reveal’s location provided by HearthPwn.