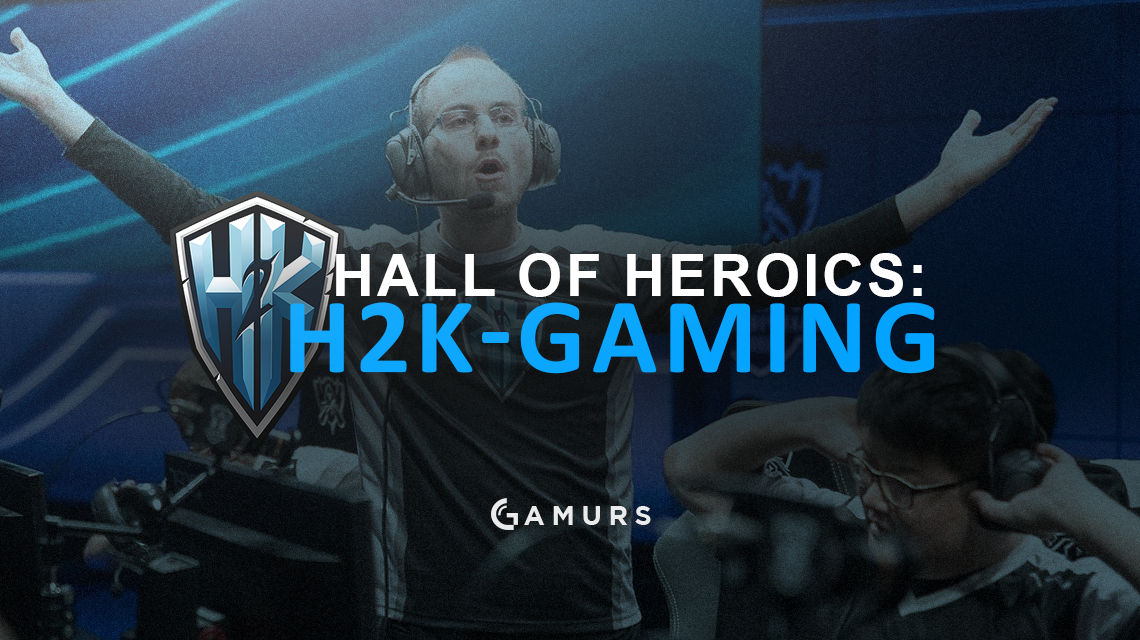 The Hall of Heroics is a series based on community votes that look at a particular player/team in the esports scene. Analysing them and their triumphs and gives a lot of love to who they are and what it is they do to enter into “The Hall of Heroics.” In our second installment, we look at H2k-Gaming’s entire 2016 World’s roster who become the first team to enter the hall after Albus Nox Luna Support Kirill “Likkrit” Malofeev.

Originally writing this article, I had contended giving the 2nd placement into the Hall of Heroics to just Konstantinos-Napolen “FORG1VEN” Tzortziou, but when I looked deep into my heart from the overall cohesion that the team displayed in their final day of Group Play competition that led to them take the first seed in a group with one of the strongest teams in the competition, I came to the conclusion that the entire team deserves to be rewarded.

With Europe on registering one win in week one at Worlds 2016, very few would have expected such a fantastic outcome from H2K, who went 4-0 during the second two to secure a top seed in the quarterfinals.

What made these wins even sweeter was the constant inclusion the PK badges H2K players continued to show in support of Phillip “PHiZZURP” Klemenov,, an H2K Call of Duty pro player who recently passed away earlier this week.

“Mr. Tzortziou, Mr. Tzortziou, how did the 2v2 against Deft and Meiko feel?”
“I’m sorry, I played only 2v3s so far in the tournament.” pic.twitter.com/LCfuJ6b5JW

There is a tight-knit family atmosphere about this team. This week, they played with a brimming synergy that very few teams could match. The family atmosphere that brings them together is likely a factor into the squad getting hot at the right time.

What has been widely concluded as Origen’s loss in giving up FORG1VEN with how he is performing, it is worth mentioning how H2K ADC Aleš “Freeze” Kněžínek, even though he was sick, is still a big part of this team and how they got here, they can accredit to his plays in the Summer Season.

In conclusion, we now induct H2k-Gaming into the Hall of Heroics. May they forever get FORG1VEN on Caitlyn and may the team forever prosper with the inclusion of it’s God. H2K is our first team to join the Hall, follow Likkrit’s inclusion last week so, who will join them?

Got a Player/Team you want us to cover from the esports scene? Send us an email or tweet at the links below and let us know who should join Likkrit and H2K in the Hall of Heroics. The Hall is not limited to one scene, the Hall is welcome to all those who the community believe to sit in it.