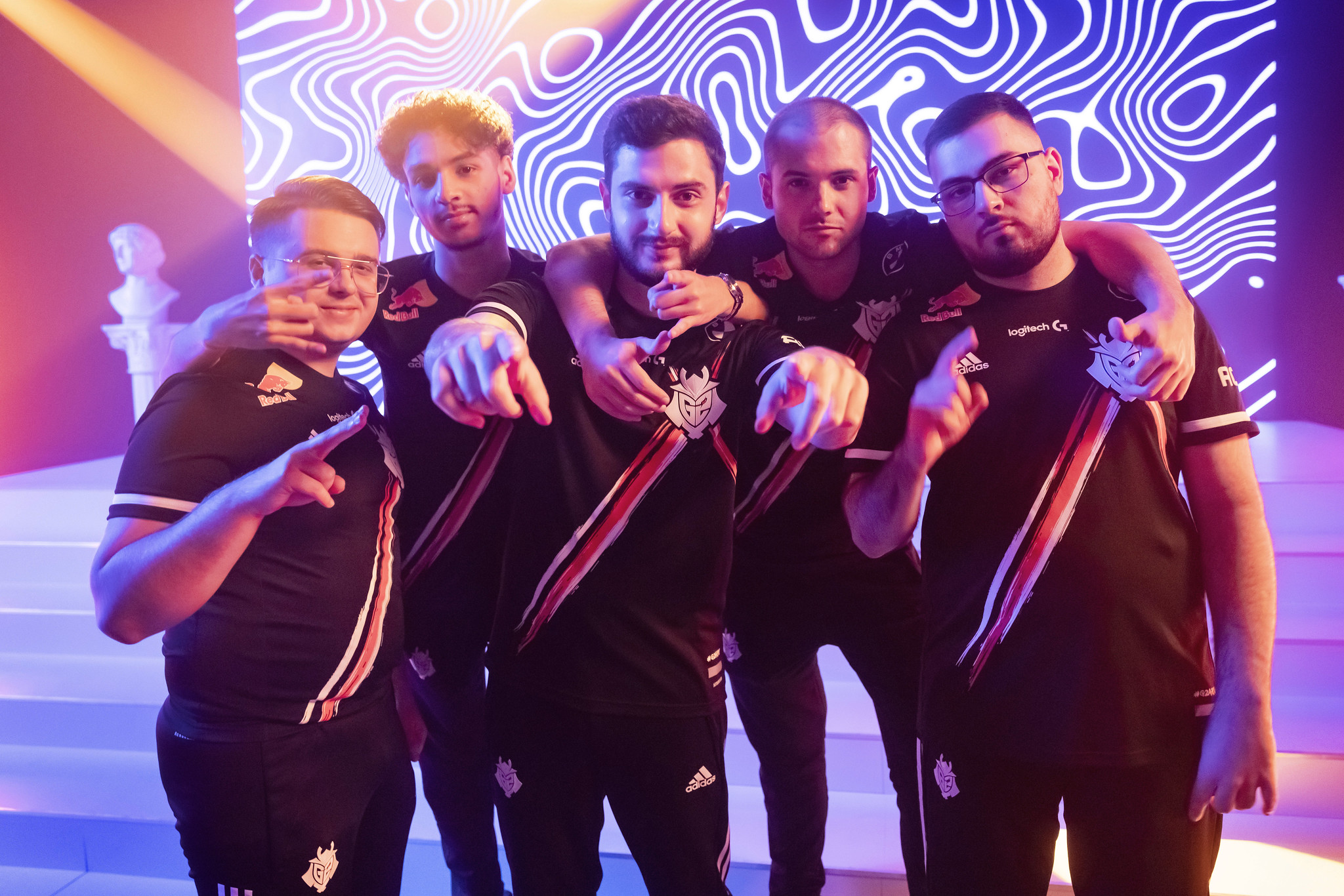 G2 Esports was the most-watched esports organization across (almost) all combined titles with 28.8 million hours watched from the beginning of July until the end of September, according to Esports Charts. This number does not include battle royale titles and Chinese streaming platforms.

While Esports Charts acknowledged that G2 typically gets most of its viewership from its League of Legends roster, that group’s failure to make Worlds bumped them down to just 24 percent of G2’s total viewership.

The org’s VALORANT roster led the way at 39 percent, bolstered by their attendance at VCT EMEA Stage Three Challengers One, the EMEA Challengers Playoffs, and Masters Berlin. They won’t be attending Champions, but G2 will get another VALORANT viewership boost from its recently signed women’s team when they compete at EMEA Game Changers Two in October.

Behind G2 for Q3 2021 is T1, who got most of its viewership from its legendary League roster and an extra boost from its Dota 2 roster prior to their attendance at TI10. The T1 League roster was the second most-watched individual team for the quarter, only behind the Na’Vi CS:GO team. Fnatic, Na’Vi, and Team Liquid finished third, fourth, and fifth for most-watched organizations, according to Esports Charts.

The fourth quarter of 2021 is set to be a massive one in terms of esports viewership with a plethora of big-time events to end the year, including League Worlds, VCT Champions, Dota 2 TI10, the PGL CS:GO Major, and several others.