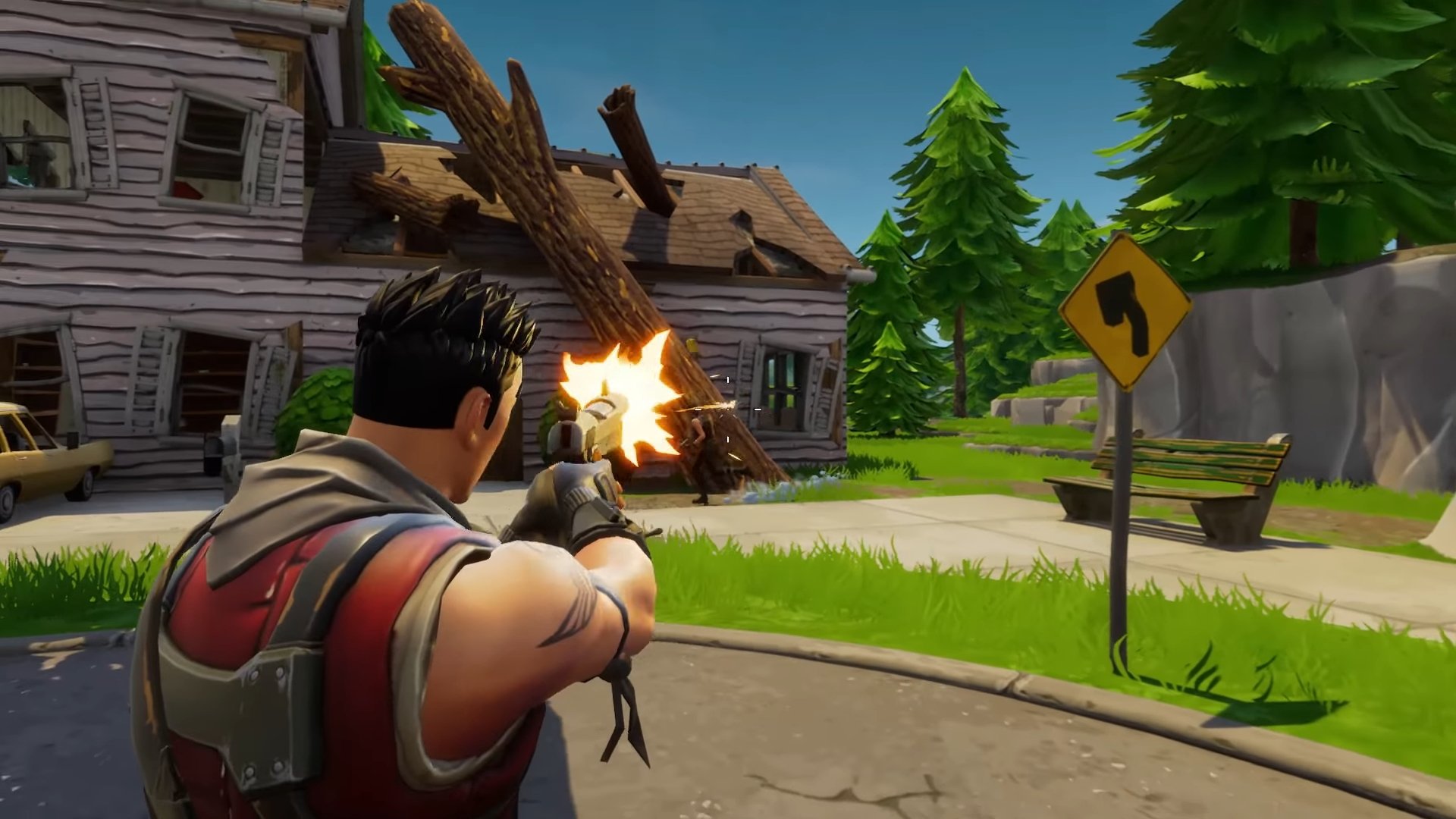 Fortnite can currently be seen on televisions, phones, tablets, and devices the world over. But it soon might be invading a new play space entirely—table top, through the classic and wildly licensed board game of Monopoly.

A pre-order listing for Fortnite Monopoly on the online retailer Zavvi was spotted by Eurogamer, but it has since been taken down. The the link now says that “this page can’t be found.” Before the listing ghosted, numerous images were found. A few hours later, the real version of the game emerged on @FortniteBattle’s account, and Epic Games Associate Director Wes Phillips confirmed the legitimacy.

“Anything you saw earlier was just a concept,” tweeted Phillips. “This is the real thing.”

There are some noticeable changes from your traditional Monopoly edition. The characters are cardboard cut-outs instead of the usual pewter pieces.
Instead of money, you use health points, walls can prevent other players from invading your space, and boogie bombs make everyone lose a life, according to Eurogamer.

The prospect of Fortnite Monopoly is pretty exciting. It could even introduce board games to the young generation who have known nothing but digital games their entire lives.

It’s simple, really. All of the locations on the map that can be bought and sold can be taken from the game itself, like Tilted Towers, Greasy Grove, or Paradise Palms. Sure, a building nerf would make property pointless, but the potential is definitely there. Ooh, what about a Risk where the map shrinks? How’s that Oceanic stronghold now, jerk.

Update Sept. 6 4:30pm CT: This post has been updated to reflect that Fortnite Monopoly is, in fact, real. The board game is set to be released on Oct. 1.