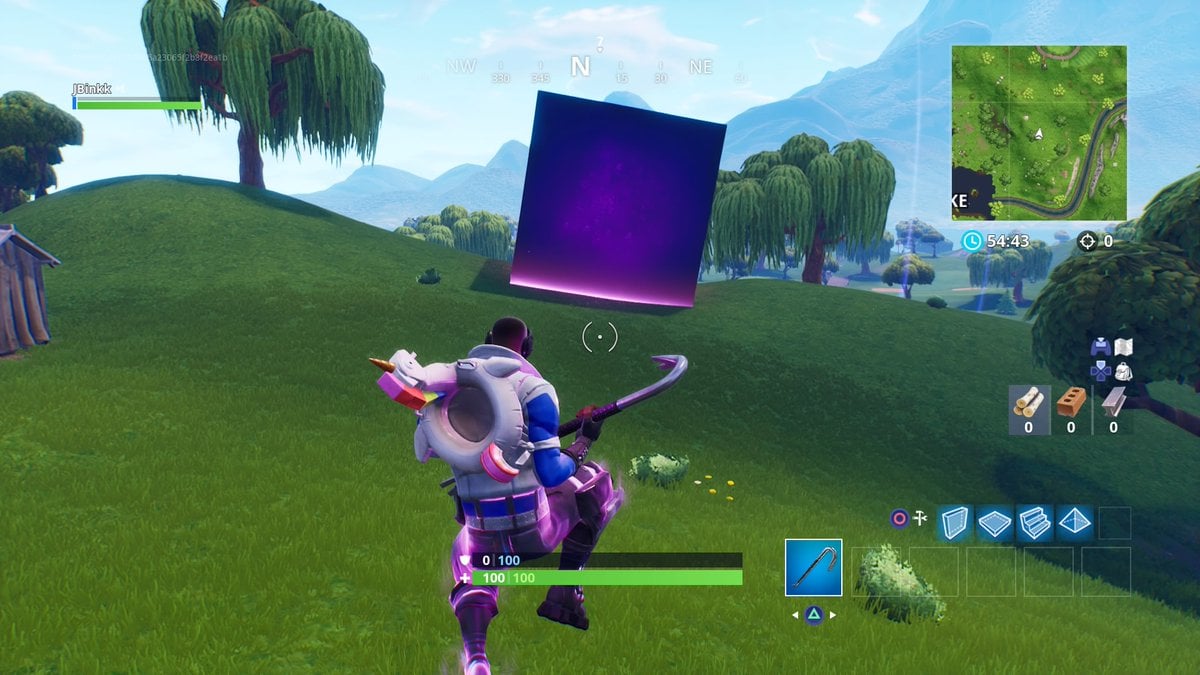 The cycle continues—the mysterious purple cube in Fortnite: Battle Royale has once again stopped moving and spawned a gravity field.

This gravity field, which appeared south of Lazy Links today, is the sixth one to emerge in Fortnite since Aug. 28.

If the pattern continues as expected, the sixth rune should appear in this same spot tomorrow. The cube will then begin moving again, and it’ll likely be headed southwest of Pleasant Park.

Last week, Fortnite fans did some detective work and uncovered potential spots for future gravity fields and runes. So far, they’ve been correct about every location—and according to them, there’s only one spot left to go.

The seventh gravity field will likely spawn on Sept. 16, followed by the seventh rune on Sept. 17. After that, who knows what’s going to happen with Fortnite’s giant purple cube.