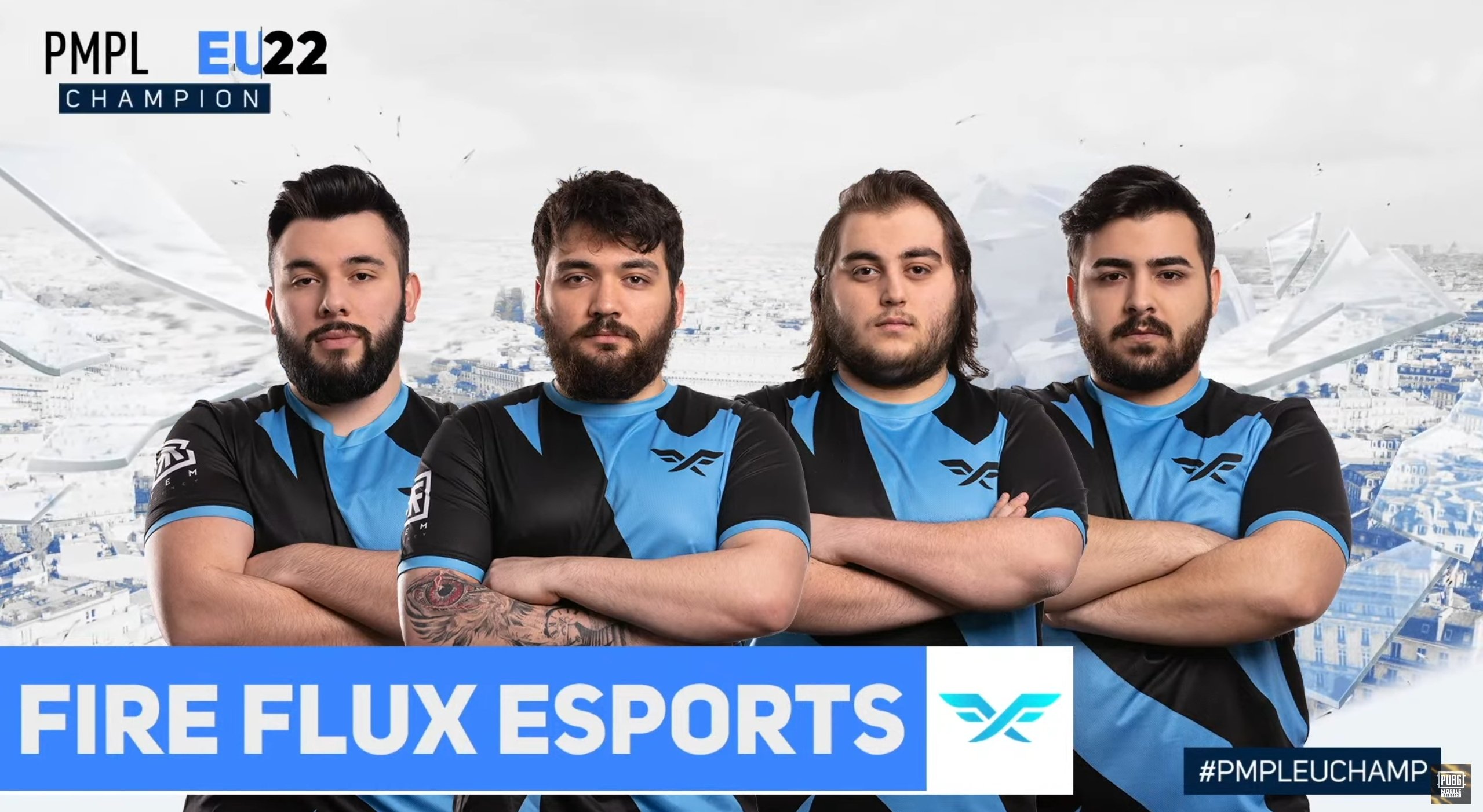 Fire Flux Esports have been crowned the champions of the PUBG Mobile Pro League (PMPL) European Championship Spring 2022. The underdog team put up a dominant performance throughout the four-day tournament to take the title home.

The PMPL European Championship happened from May 19 to 22 with the top 16 teams from across Western Europe and Turkey participating. No teams from CIS were able to compete as the PMPL CIS was canceled due to Russia’s invasion of Ukraine. The 16 teams played 24 matches on Erangel, Miramar, and Sanhok to decide the winners.

Fire Flux didn’t have the smoothest start to the championship as they ended day one in fifth place. The Turkish team made a huge comeback from day two onwards to get 10 top-three finishes in the remaining 18 games, six of which were chicken dinners, pushing them to the top of the standings table. They will walk away with $40,000 of the $150,000 prize pool.

Here are the overall standings of the PMPL European Championship Spring 2022.

Based on PUBG Mobile’s 2022 esports roadmap, the top teams from the championship will advance to a Mid-Season Championship. Tencent hasn’t confirmed what this is yet, although the company recently announced that the PUBG Mobile World Invitational (PMWI) is set to return in 2022. More details about it will be revealed in June.