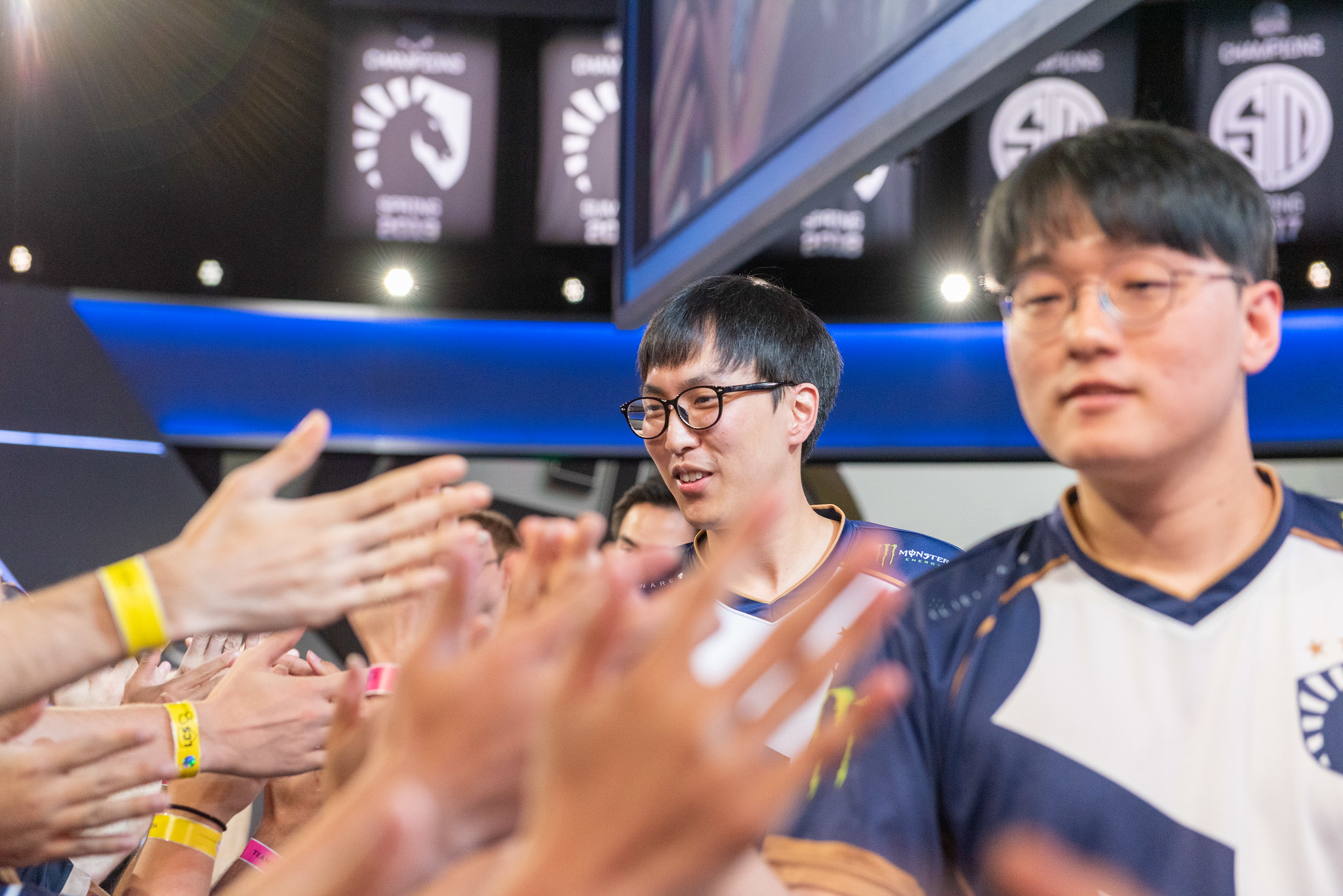 Yiliang “Doublelift” Peng has outplayed many League of Legends players during his six-year career in the LCS. But this time, another one of his incredible outplays also ended in one of the funniest ways possible.

It had been a tough game so far for the Team Liquid AD carry. His team was down 21 to 13 in kills 23 minutes into this game during yesterday’s stream. But he still wanted to produce a flashy play for his viewers, so he decided to set a trap for the unsuspecting enemy Kayle.

By hopping over the wall and setting up traps behind enemy lines, Doublelift was able to catch the Kayle off guard. After some great kiting and a final flash and ultimate, Doublelift got a well-earned kill and started to laugh with glee while he began his recall.

But his celebration was abruptly cut short by an enemy Redemption. An Ashe arrow then flew in, and just before it hit him, the clip ended perfectly.

If you want to suspend your belief, just imagine that Doublelift was able to miraculously dodge the arrow and survive. Many people even jokingly said on the League subreddit that “he dodged the arrow and proceeded to one-vs-five penta the enemy team,” but the recording of the VOD stopped so there isn’t any proof.

If you want the cold, hard truth, then here’s what actually happened to Doublelift after his great outplay:

Doublelift laughed off the situation, saying that “this whole terrible 21-minute game, where I’m just getting hard inted was so worth it.” At least the ADC seems to be keeping things light while he can because the World Championship is around the corner and things usually get a little bit more serious this time of year.