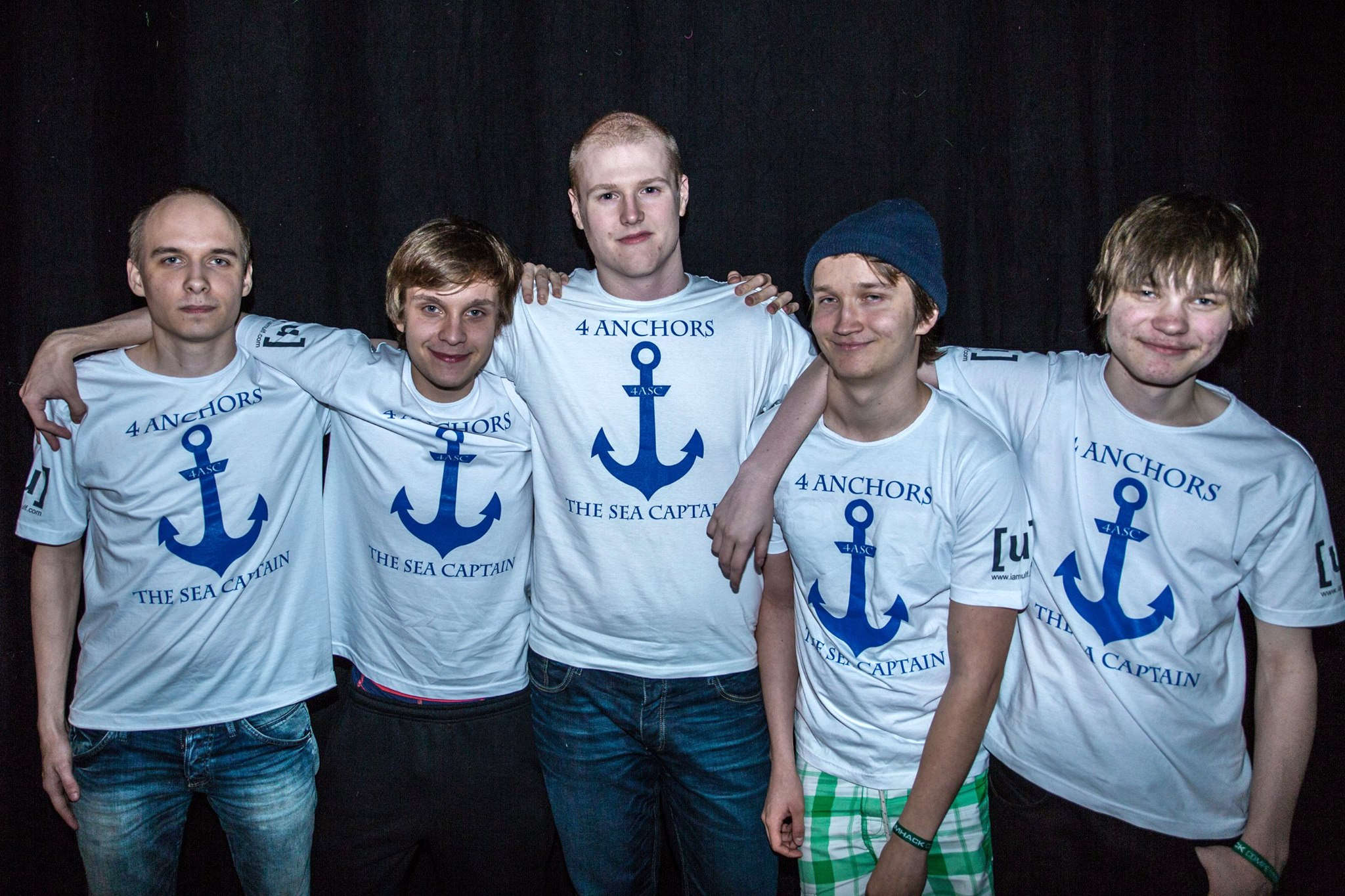 Foreword: Riot has come a long way in regards to the Challenger scene, but there is a ways to come yet. I do acknowledge the progression they’ve made, and do not want this piece to undervalue it. I do, however, want to address the areas in which they can continue to improve, in a critical manner.

Although now finding more of the spotlight, for the longest time it seemed as though even Riot themselves shunned the Challenger scenes, sweeping them under the rug. Often times Challenger has felt neglected and unloved, serving as an amateur circuit not worthy of attention. Disappointingly, this notion has a degree of merit. But, the onus doesn’t fall on the players or teams—Riot needs to step up their game.

Challenger, and my field of expertise lies within the North American Challenger scene, for the most part, is brushed aside by spectators and fans, often devoting their time to the premier leagues. A fair argument, surely better play could be found within the higher echelons of competitive play, not the amateur circuit often criticised for its lack of competitive teams who wouldn’t even stand a chance in the LCS. But, is this truly the case? And, more importantly, are they given equal opportunity?

Previously, for anyone aspiring to become a professional player, it was almost enough to just be good at the game to find their path to a professional team, should they honestly be good enough. Now, as the competition grows, the Challenger system has becoming a training ground for domestic players—an ignored source of talent. Whenever teams need to source a replacement or substitute, especially in North America, it’s becoming increasingly prevalent to flaunt large salaries and sponsorship enticements to sign big-names from across the pond.

So, what does it mean to be a Challenger? Belittled, ignored, rejected, and undervalued.

Currently, the system in place promotes longevity of teams and expects organisations to cultivate a squad who could eventually contend with the lower-end of the LCS table. It’s almost accepted by now that a newly forged team in Challenger won’t contend with the more veteran rosters who’ve already served a term in the LCS, as seen through the most recent amendment to the Challenger format, with auto-promotion/relegation. And, if there were a single team capable of annihilating an LCS team—they’re the ones who won’t need to face the Promotion Tournament, anyway.

Simple enough. Riot’s LCS isn’t an event with free tickets; it’s something teams have to work for. Grind for. And herein lies the problem: How can anyone reasonably expect Challenger teams to compete with LCS-tier teams, considering their current circumstances?

Currently, one of the most convoluted and nonsensical processes surrounding NACS is its qualification. Onerous would be barely scratching the surface, and not to mention confusing. The current system, ignoring those who obtain seeds through previous play in the NACS/LCS, necessitates hours of Ranked 5s grinding, in order to finish in the top 10 in the Challenger ladder. The problem? This doesn’t resemble any competitive play teams will likely be subjected to outside of this instance. Once the ladder resets at the start of the Season, teams are eligible to climb until Riot’s lock, an arbitrary date leading up to the Challenger Series qualifiers. Firstly, the level of practice in the Ranked 5s queue is arguably the worst form of practice available—even worse than Solo Queue, simply due to the volume of play vs. queue times. Teams have to dedicate time to scrims, where they’ll get high-er level practice that’s privatised, and dedicate time to climbing in Ranked 5s, where they either queue into a team they’re competing with for a spot, or a collection of lower ranked players that tend to roll over and lose in anywhere between 10 and 25 minutes. Secondly, as mentioned, teams not only aren’t getting efficient practice, they’re also spending generally 10 minutes or more per queue, often 30. Thirdly, they’re naive to the opponent they’re playing against. Unless they’ve got potential enemies on their friends list from which they can deduce their opposition, they’re entirely unaware of which five players they’re about to go toe-to-toe with. This renders their drafting practice somewhat useless; unawares of what they need to ban or pick away, what they can expect, or what they should play. Finally, also mentioned previously, is that these matches are entirely public and recorded. There is no secrecy in Ranked 5s, which means if you want to practice any particular strategies or compositions, you can be sure any opponent you’re likely to play will know about it.

Sadly, the issues in qualification do not end there. As a product of the Ranked 5s ladder, seeding into the qualifier bracket is essentially randomised, as the placings don’t necessarily represent teams according to strength. Placements in Challenger reward teams that start earlier, who can amass a lot of points and camp a high rank in Challenger. Many teams are still searching for players or spending times in scrims, then make last minute dashes to qualify and will settle for a, really any, position in the top 10.

For example, the most recent NACS qualifier bracket looked like this:

Irrespective of which teams you know or support, it’d be hard to truly make an argument that didn’t weight the left side of the bracket (in the above image) as the harder draw, specifically C9T vs. FFG first round. Even considering a the lack of paperwork disallowing Legendary from appearing, the left-hand side still seemed the harder bracket.

Progressing past the seeding and means of qualification, the best of three format is definitely a strong system. It does ensure the best two teams will qualify into the NACS. Which leads into the next issue, which is multi-faceted.

The Challenger Series itself is a six team, double round robin, with the top 4 teams making playoffs. Primarily, there is two issues with this, one pertaining to the amount of teams and the other the format. Now that every major region has moved to 10 teams, it feels awkward and tiny that only six teams play in the Challenger Series. As previously discussed, the opportunity and environment of the NACS is a needed experience for teams to actually bridge some of the skill gap between Challenger and LCS. Limiting it to such a small number, where essentially half of the teams can qualify for LCS and half cannot, doesn’t promote healthy play. In fact, it helps concrete the opposite. Without pretending it’s complex or mathematical, having a lower amount of teams with some visible skill differences means there isn’t any mystery or surprise. Anyone looking at the six lucky teams who made it into the NACS Summer Series could’ve reasonably assumed, without any play unfolding, the top teams would be Renegades, Cloud 9 Tempest, and Team Coast. Compared to the qualifiers (which were admittedly made even less stable due to the seeding), the actual event seems less exciting and more predictable. This can certainly be attributed to the number of teams and the format. Going from best of three bracket to round robin and back to best of three (and five, for finals) leaves a lack of depth in the middle. There’s less excitement surrounding the season; which should realistically be the largest piece of the Challenger Series.

To add to this, Riot’s official cast of the NACS literally misses half of the Series, with them only broadcasting (and casting) game two of each round robin match. With the matches played out over a single month (late June to late July), it feels as though there’s no opportunity for a narrative to develop or for teams to be sold to the audience. Fans don’t get the opportunity to connect to teams and players, because they simply don’t receive the exposure. This continues to escalate problems, as the lack of coverage (casting and media, too) therefore generates less following and lower numbers, which starts the entire issue of investment, or lack thereof.

Riot have come a tremendous way in supporting the Challenger scene; but it has ground to cover. Whenever you next buy into the debate around international vs. domestic talent, remember this: domestic talent does exist, and it is growing. Continue to support local heroes, and help watch the scene develop, there’s an action-packed and exciting scene—don’t miss out on it!