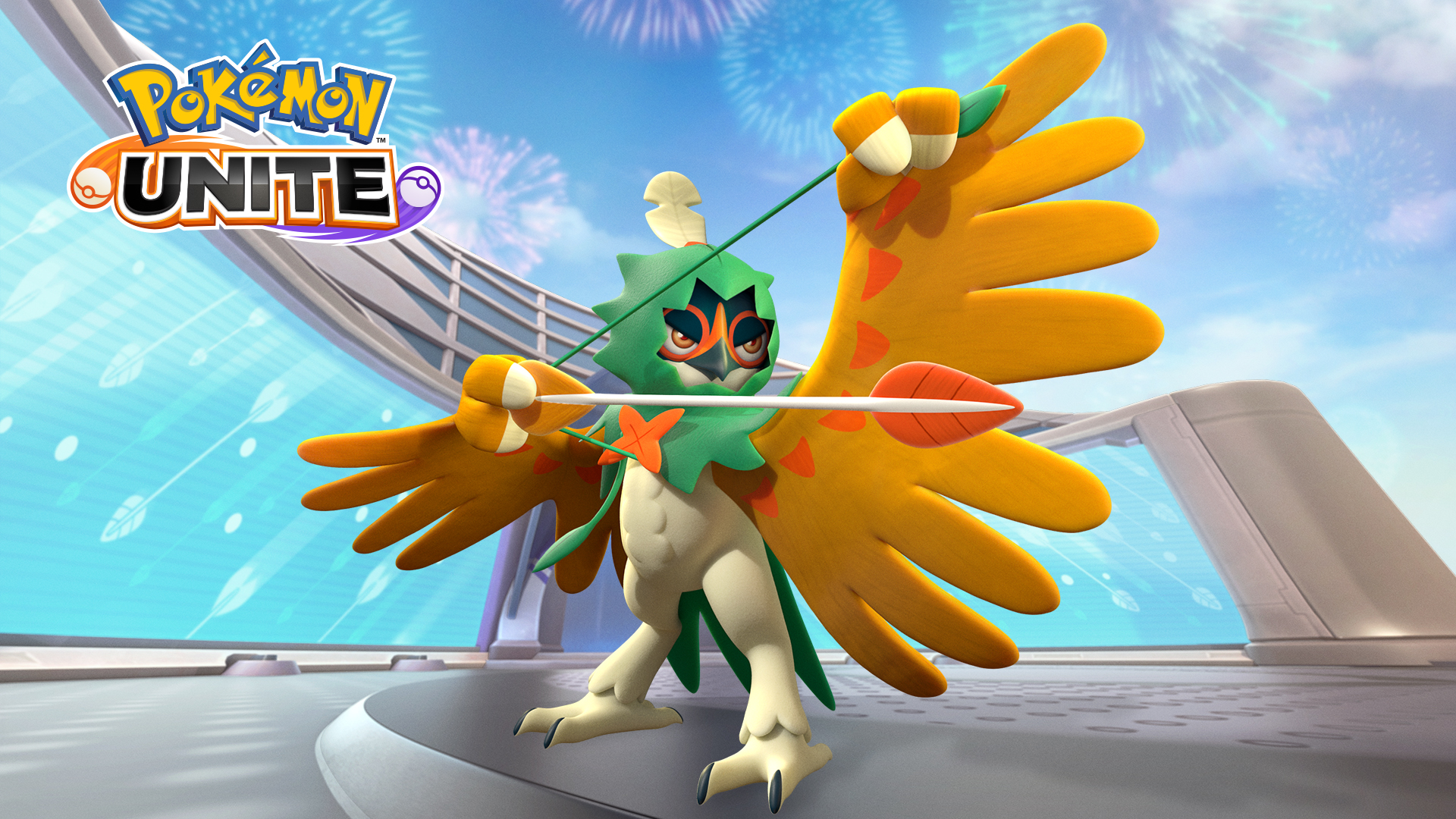 After a brief tease earlier this week, TiMi Studio has officially revealed that Decidueye will be joining Pokémon UNITE as the game’s next playable character on Nov. 19.

As expected, the Grass/Ghost-type will bring some unique gameplay mechanics to the MOBA, with a build focused on ranged attacks, stat boosts, and various modifiers.

Despite playing significantly differently than other Pokémon already available in the game, Decidueye is still labeled as a Ranged Attacker, making it the third DLC Pokémon that’s been added post-launch in that class alongside Gardevoir and Sylveon. Lack of class diversification aside, the Alolan starter should provide a unique experience since it focuses more on supporting others with its damage output and scoring at opportune moments.

Based on previous information attained from data that was pulled from UNITE’s version 1.2.1.11 update earlier this week, we learned that Decidueye’s Ability is called Long Reach and will let the Pokémon deal more damage to opponents that are hit at a distance, which plays perfectly into its moveset that features Leaf Storm, Spirit Shackle, and more.

With the release of Decidueye, players will likely see another content drop with a few pieces of new Holowear, avatar items, and maybe even another balance update. Some of the Holowear pulled from the 1.2.1.11 update data have already started rolling out, with the Checkered Style: Sylveon outfit now available.