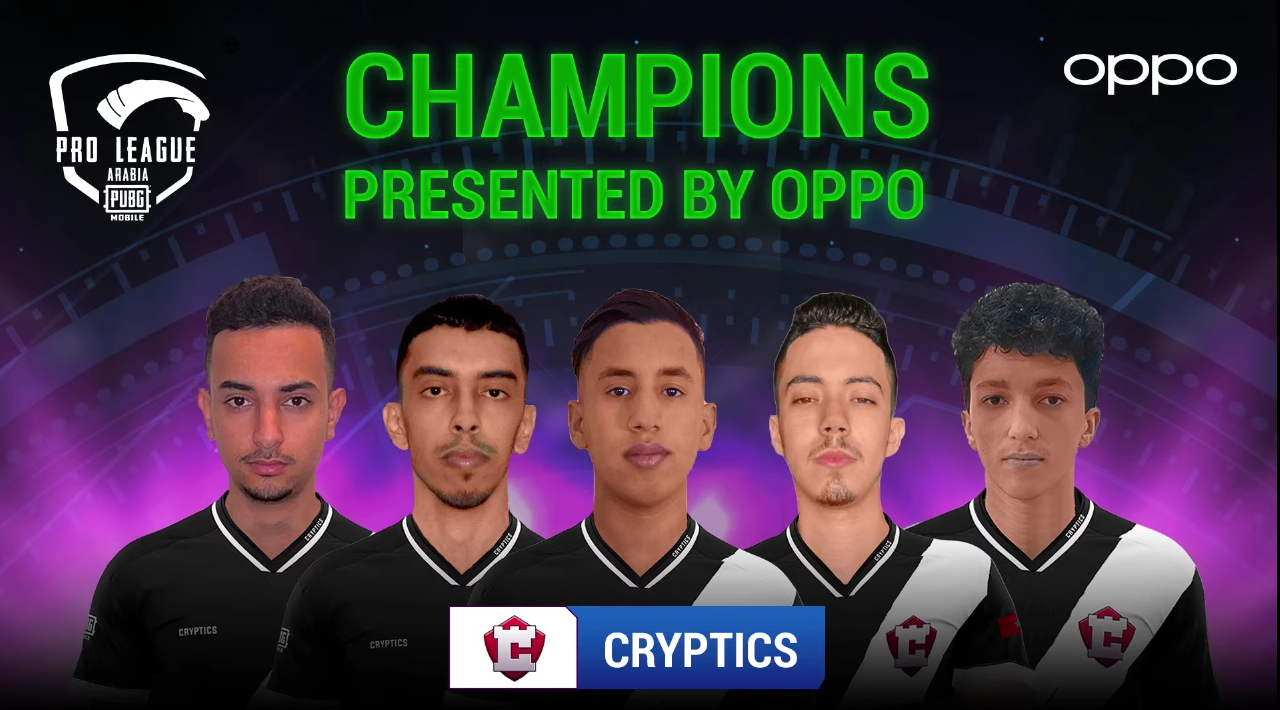 Cryptics put up a dominant performance in the season two finals to finish in first place. They scored two chicken dinners and 84 kills from the 18 matches in the finals, and their consistency secured the 218 placement points that pushed them to the top of the table.

The top six teams from here have now advanced to the newly established PMPL MENA and South Asia Championship, where spots to the PMGC 2021 will be up for grabs. These are Cryptics, YaLLa Esports, FATE Esports, NASR Esports, Rico Infinity Team, and Galaxy Racer. The schedule and other details about this event haven’t been revealed yet.

Galaxy Racer, the league stage champions, couldn’t replicate their performance in the final and finished in sixth place. Despite this, the team has booked a slot in the $6 million PUBG Mobile Global Championship (PMGC) 2021, which will take place from November 2021 to January 2022. This is because the team finished first in the overall points table from both seasons of the PMPL Arabia this year.

The overall standings of the PMPL Arabia season two finals are: