The update will bring two maps, a game mode, and many other changes. 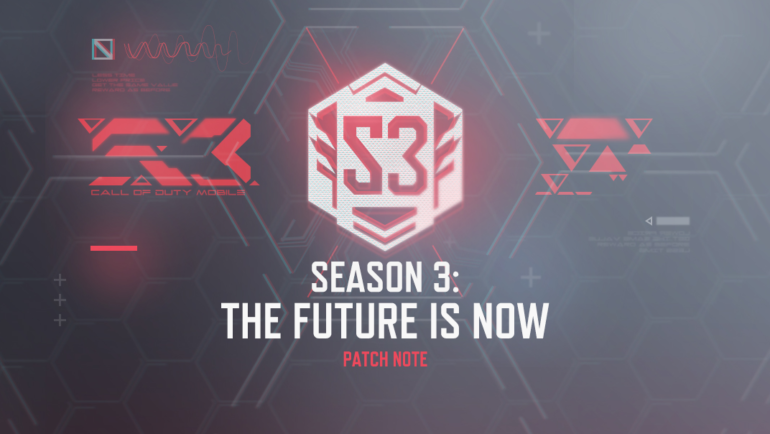 Activision has posted the complete patch notes for the CoD Mobile season three update, which will be released today at 9pm CT.

Season three’s release update will introduce a new season of ranked games. Players will earn new rewards, such as Black Ops III weapons and exclusive cosmetic items. The ranked games will also get some upgrades regarding the interface and scoring adjustments. The Hijacked map will be removed from multiplayer ranked games, too.

Those who buy the season three battle pass will earn rewards more easily with tiers reduced to 50 while keeping the same value of content earned.

Two maps will be added to the game, Cage and Scrapyard. A new limited-time mode called Rapid Fire will also be introduced. The pace of the game will be much quicker for more action.

New features will also come to the Battle Royale mode with a new zone appearing, a new class, and a limited time 20-vs-20 game mode.

More settings will be enabled, like new sensitivity modes. The update will also bring the H.I.V.E operator skill and the XS1 Goliath scorestreak. At last, the usual balance changes will alter the meta in season three—they’re listed here.

Before the conclusion of season two, several temporary events will end, such as the Holiday Cash Back Event and the Man-O-War Combat Rig, which will last until today at 8pm CT. The Secret Shop and Redemption Page already ended yesterday.

Players have until tomorrow to enter an official giveaway on CoD Mobile‘s subreddit to have the chance to earn 24,000 CP. To enter the giveaway, users must provide their in-game ID and choose which map they’d like to see in the game.

Activision has yet to reveal the release date of season three, but the end of season two hints at a release between Jan. 17 and 22.