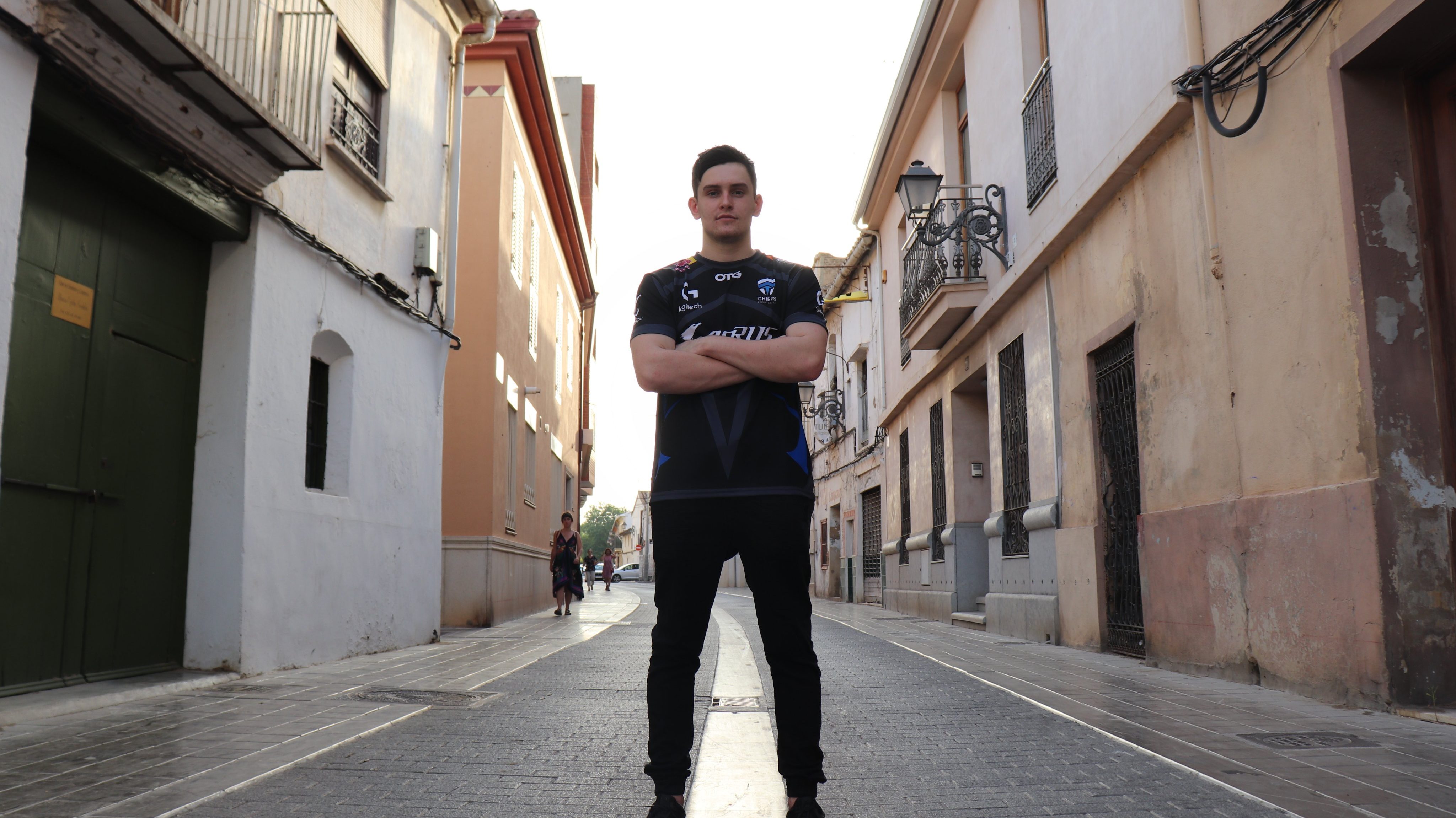 Cameron ‘CJCJ’ Johns has become a mainstay of the Rocket League world. From dramatic entrances to creating world-class plays, CJCJ has certainly found the recipe for success.

We were able to lock CJCJ in for a burger and a quick chat to discuss his career and the future of The Chiefs Esports club team:

When Rocket League fans think of CJCJ a certain car entrance comes to mind, but where did it all start for you and your Rocket League career?

I started playing Rocket League on release day back in 2015. I was instantly hooked and began playing every day after school. As the game grew, online tournaments emerged in which I would compete in with various teams as I grew better at the game. Eventually, I found myself on Pale Horse which took me to my first world championships in Season 4 back in 2017. The rest is history really.

You have had great success both under the Tainted Minds/Icon banner, and now with Chiefs, at what point did you decide this was your path?

To be honest, I don’t plan ahead too much. I’m a very ‘live in the moment’ kind of guy and if I wasn’t I don’t think I’d be in this position today. Having said that, I always saw Tainted Minds and the Chiefs as the two big guys in OCE and to now be playing under them as a joint force is incredibly exciting and an absolute honor.

As one of the frontmen for Rocket League, what would you like to see more from or for the OCE region?

I wouldn’t say I would like to see more from ANZ players, I think the top guys already have the drive to be the very best in the world. I think that incorporating more tournaments and support from the region from developers and TO’s would go a long way to motivate more people in the scene to compete. If we are treated seriously like the bigger NA/EU regions we can really steer the ANZ community on a path to global success.

I am certain there are a lot of players waiting for that level of support. Now, team synergy is important, one of your teammates just recently retired and Hawk stepped up to take his place. How did that move come about?

We obviously played with Shadey for over a year and although finding success I believe we lost a hint of motivation and it was holding us back from international glory. Shadey lost some of the drive to improve with the team and a last-minute decision from Express and myself was to use Hawk in the Dreamhack qualifiers. We ended up taking it out and it’s super exciting for the young fella to be heading to his first international LAN. We saw heaps of potential in him and felt we could steer him on the right path for when he becomes eligible for the RLCS. He’s also from Tassie so I think we’ve got that synergy already.

Hawk put on an inspirational performance, as the captain, what was the team feeling after that breakthrough?

Hawk was huge in the qualifiers, Express and I basically let him run free and he took heaps of confidence from that. We had only had a few scrims before the qualifiers so we didn’t see any point in trying to get him to fill a particular role or style, just play his own game. When we won, we were pretty stoked and it was still a little up in the air if we would actually take Hawk to Montreal. This is due to the next world championship season being around the corner and this could be a good chance to test a new 3rd since Hawk is too young to play. We decided that it was such a good opportunity for him and he clearly deserved to be there so we were more than happy to take this roster to Montreal.

And I guess we do need to discuss that entrance at some point, where did that come from? What was the inspiration behind it, aside from the obvious?

The Season 5 Worlds entrance was sort of a last-minute thing, just like pretty much everything I do in life. I was actually streaming in the week leading up to the world champs whilst boot camping in London and a guy in chat suggested I should come out in a little toddler car. I thought that’s not actually too bad of an idea and I think we all saw the result. I just want to create memories for people and it’s not every day you get to play in front of thousands live and hundreds of thousands online, so I make the most of it.

When you roll through the Maccas drive thru on your toddler car, or perhaps full-sized car, what are you ordering?

Right now at Maccas, I’m ordering a spicy Quarter Pounder Chilli burger with some chippies and a strawberry or vanilla shake. The new Quarter Pounder burgers are unreal!

If you could build any burger at Maccas, what would it be and what would you call it?

I think anything from the new Quarter Pounder range is perfect so I don’t think I can make a burger to beat it.

What does the future hold for CJCJ and the Chiefs?

Right now we’re heading to Montreal to try and win that with Hawk, and then we’ll be heading home and preparing for the coming RLCS season with our new 3rd that will be announced soon.