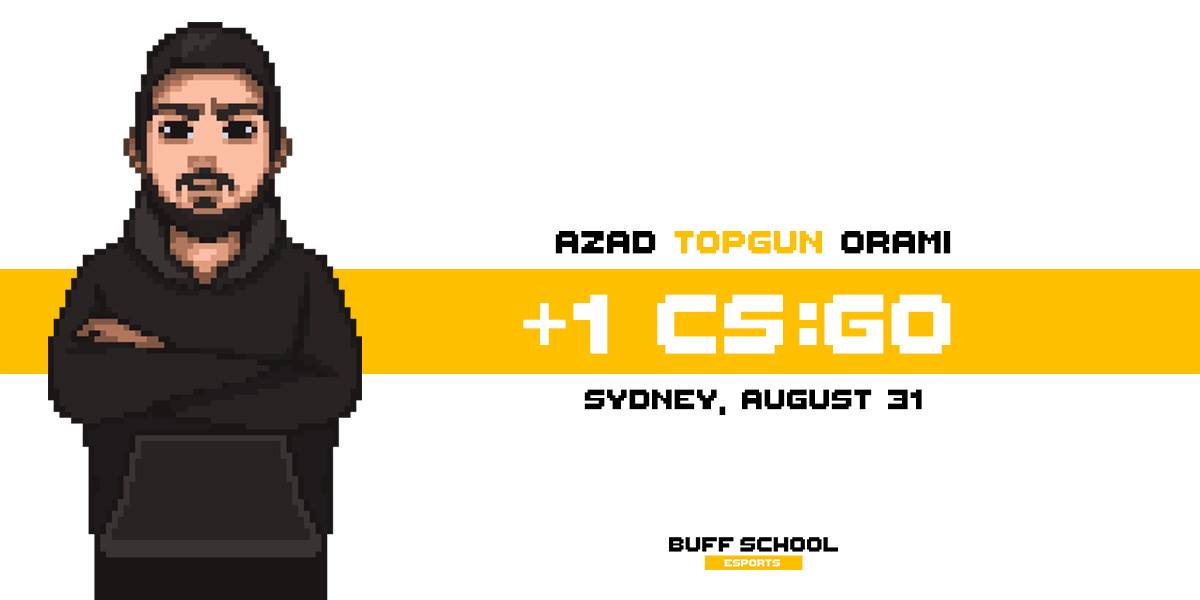 New education provider Buff School has just introduce its first esports masterclasses. The first series of esports performance courses will be coached by Azad “Topgun” Orami and will be held in Sydney on Aug. 31, 2019.

The first half-day masterclass is designed for intermediate CS:GO players who want to get better at the game, learn key game mechanics and find their way to the competitive level. Think of it as an opportunity to add multiple stat points to your performance in a very short amount of time.

Azad “topguN” Orami is the first coach to take the reigns of the masterclass and, if his previous appearances at international events are anything to go by, it will certainly be one of the most entertaining courses you will ever attend. Topgun is one of the most famed CS:GO players in the region and will be bringing a world-class skill set to help you reach your competitive goals.

The team behind Buff School is led by Kostia “SlavActually” Liakhov and Heather Morrison, both passionate esports fans who are excited about bringing this opportunity to life. Liakhov’s masterclass series has been built “to teach advanced gaming techniques from professional esports athletes.” In the near future, Buff School will offer multiple courses to help players “master the world’s biggest competitive games.”

Understanding what it takes to go from a casual player to the professional leagues is one thing, but you also need to understand what life is like once you get there, something Topgun will be able to offer a lot of insight into.

The first course will kick off on August 31 and there are still a limited amount of tickets available through the Buff School website. Make sure you also enter the draw to win a free ticket to the event, proudly sponsored by SlavActually and the team at Buff School.