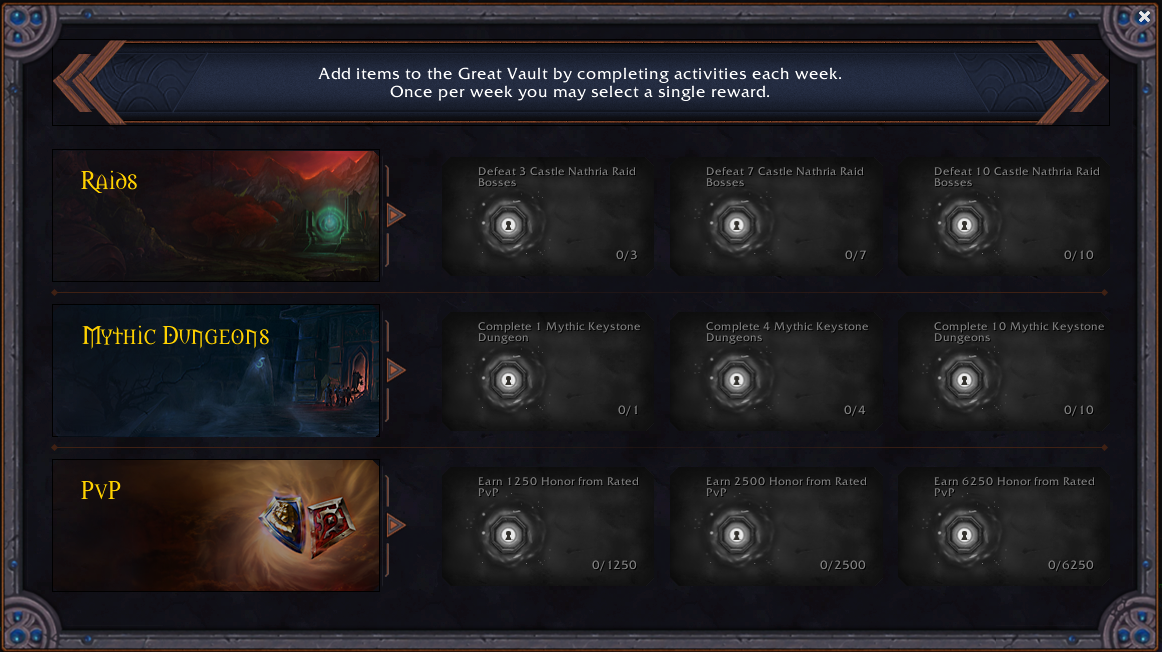 A new World of Warcraft update is never without its issues.

Patch 9.1, which was released on the live servers on June 29, has been relatively smooth, but it hasn’t been plain sailing.

Various problems have cropped up over the last couple of days, which Blizzard swiftly addressed in last night’s hotfixes.

Blizzard has fixed several class, creature, profession, quest, and item and reward bugs. Some of the hotfixes have taken immediate effect, but others may require scheduled realm restarts to go into effect, according to Blizzard.

The devs have fixed a Death Knight bug where players couldn’t create a class trial Pandaren, a Monk bug where the Harm Denial conduit wasn’t increasing the Expel Harm when used on an ally during Soothing Mist, and a Great Vault bug where players weren’t receiving the correct rewards.

Reported on June 30, the Great Vault had been distributing gear below its expected item level. A player, who had run 10 14+ keys the previous week, was offered an item level 220 hood, rather than item level 226.

“We do have a bug with the Great Vault that we’ve not been able to immediately fix,” Blizzard said. “While we work on it, it’s advisable to not loot it.”

The bug now appears to have been fixed.