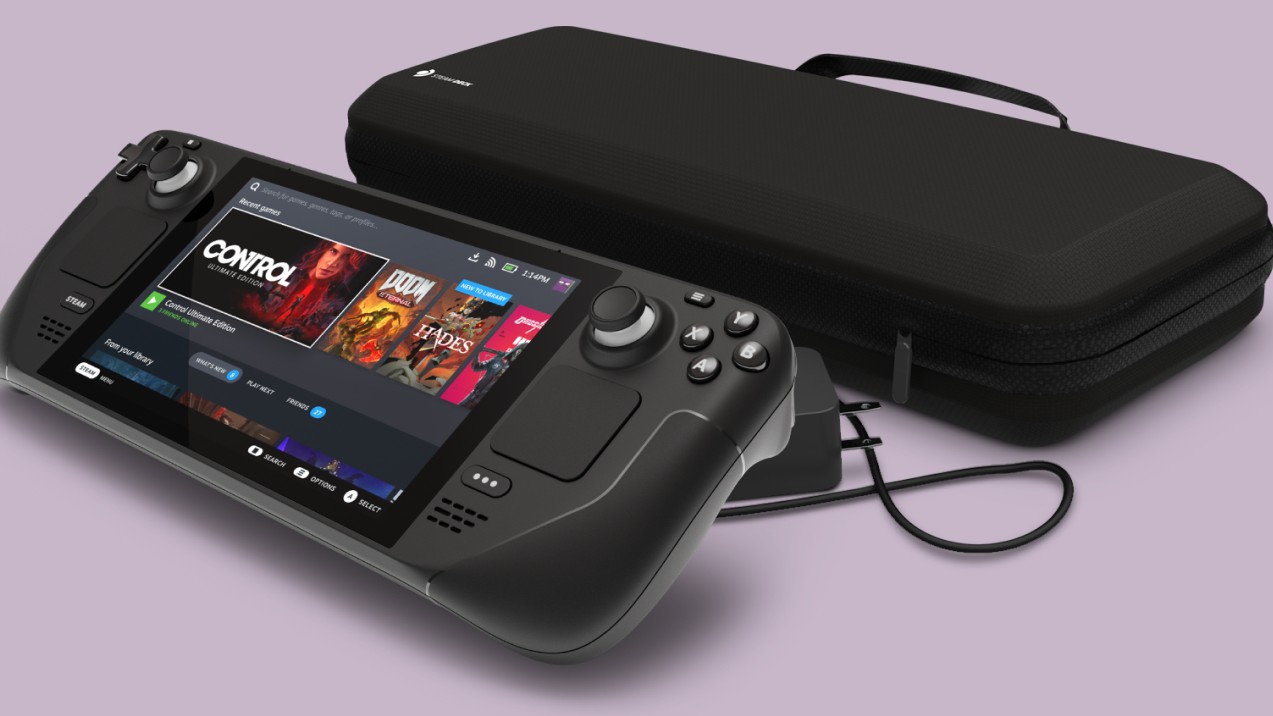 Valve’s official dock for the Steam Deck has been out for a while now and is perfectly decent for you to purchase and make full use of. That being said, its price may scare away a lot of its potential customers. Even if you happen to have the budget necessary, it may just disappoint you in terms of specific features you may be looking for.

There are a ton of docks out there that act as alternatives to Valve’s original dock for the Steam Deck, and most of the time when you have too many choices, it gets even tougher to make the right decision.

Why not save your money and get a dock which is just as good—if not better—than the official thing? Or shell out a little extra cash if you can afford to and invest in an amazing product that will last you for the years to come.

If you want your job of choosing one of these amazing options to be a little easier, continue reading our list of the seven best Steam Deck docks in 2023.

Earlier, iVoler only sold their first generation dock, which was a pretty decent option but did possess some limitations, the most obvious ones being its maximum output resolution being 30Hz at 4K, causing issues when outputting to a standard 4K 60Hz TV or monitor.

Now that iVoler has come out with their second-gen model, the weak points have been well-improved upon. The HDMI output maxes out at 4K 60Hz or 1440p 144Hz. Previously being of a plastic build, the upgraded iVoler Steam Deck Dock is now made of metal. You can connect it to your high-speed internet to download games incredibly quickly with the dock’s new ethernet port.

The Passthrough USB-C charging also boasts 100W instead of 65W as well, and even though this is more than what the Deck can actually handle, it could definitely be useful for other devices as well as future iterations of the Steam Deck.

The second-gen iVoler dock is, however, missing out on the DisplayPort output when compared to the official dock. Although this doesn’t seem to be too much of an issue as users have reportedly been able to hit their desired refresh rates and resolutions over HDMI. It might be a hindrance if your monitor has no free HDMI ports, though.

Want to get an amazing dock for your Steam Deck while also making sure you don’t burn a hole in your wallet? The JSAUX Docking Station comes in at a whole 30 dollars cheaper than the official dock while providing nearly the same benefits. It comes in three different variants, but we would go for the HB0603, which they call an “upgrade.”

The JSAUX comes along with three USB-A 3.0 ports, HDMI, and Ethernet. Like the iVoler, this dock is also missing DisplayPort. But like we’ve mentioned, you should be able to reach your desired resolutions and refresh rates over HDMI. On top of this, you are probably not going to be docking the Steam Deck into a device with it in the first place.

There is an even cheaper option in case you want a doable dock that will support your accessories while sporting an HDMI port as well, which is the HB0602, only costing you 35.99 dollars. You do lose out on a USB-A port though, and the two ports it does have are USB 2.0, which is not the best for external storage.

This is one of the more budget-friendly options you can go for while still not compromising on quality, with the Anker USB-C Hub giving stiff competition to the best Steam Deck docks on the market.

The Anker Hub supports HDMI, an SD card slot, and two USB 3.0 ports along with Power Delivery 3.0 support. Even though it’s bite-sized, this dock provides 100W of power delivery to connected devices.

Valve’s official dock for the Steam Deck will cost you a lot more than Anker’s cost-friendly alternative which works nicely with other USB-C devices. That being said, there are a couple of things that this dock does not fulfill all too well.

Mainly, the Anker USB-C Hub lacks Ethernet, which means you will have to deal with using Steam Deck Wi-Fi. This isn’t the worst thing that can happen for a dock, but you might have to consider other options if you depend on wires to come online.

This dock’s dongle design may also irk a lot of users that like their desks to be orderly and managed, especially since the short USB-C cables make it tough for simple cable management.

JSAUX’s M.2 dock is a beefed-up variant of anything else that this company produces in terms of docks and docking stations, since it shows off an in-built NVMe SSD support.

Can you instead pair the Steam Deck with an external drive or simply purchase a really nice SD card for the portable device instead? Sure you can, but the all-in-one situation going on with the M.2 pushes Steam’s handheld to the next level, making it almost take on the role of a desktop PC.

The M.2 also provides the Steam Deck with 4K HDMI output and two USB ports along with Gigabit Ethernet connectivity, not to mention the ability to access up to 4TB of storage.

With all of this being said, the JSAUX M.2 Steam Deck Dock will still not cater to everyone’s liking, especially due to this thing’s price point. You would need to pay quite a bit more when compared to the other options on this list, but when we’re talking relative to the official dock from Valve, this baby will only cost you $40 more.

Looking for an array of inputs on your dock? Then the Hiearcool 11-in-1 USB-C Hub should do just the trick for you, providing 11 individual inputs and being able to connect your Steam Deck to basically any external display or peripheral that you can possibly fathom.

The dock has a USB-C input capable of 100W of power delivery, which is more than enough for the Steam Deck. Next to the USB-C input, you will find a card reader that supports multiple formats, along with two HDMI inputs.

On the opposite end of the USB-C cable, you should find an Ethernet port as well as an old-school VGA port. Towards the final side, you will find three USB-A ports, two of which are for USB 2.0, while two are for USB 3.0.

If a well-constructed, resourceful, and slightly blockier alternative to the docks discussed so far is what you are looking for, don’t hesitate in grabbing the Hiearcool 11-in-1 USB-C Hub.

The INVZI Docking Station is certainly a little different when compared to the regular docks on this list, but it gets the job done just as well, being pretty discreet in the process. This device does not take up a lot of space on your desk since it has two prongs that fold down to plug itself directly into a power outlet, keeping all the ports out of your sight and near the wall to make sure your gaming space is clutter-free.

The INVZI Docking Station is a 9-in-1 USB-C Hub that boasts an HDMI output, one USB 3.0 input, and three USB-C PD ports. On the opposite side, the device sports an Ethernet port positioned right next to an SD/Micro SD card reader as well as an auxiliary audio jack. Additionally, the INVZI USB-C Hub gives users four different adapters for US, EU, AU, and UK plug types, making this an ideal pick for your Steam Deck.

The only drawback of the INVZI Docking Station is that it is on the expensive side of things, so you’ll need to have quite a bit of money kept aside for this bad boy.

While the Belkin’s device is quite apparently built with larger systems like laptops in mind, its convenient design can easily fit the Steam Deck as well, especially desk setups.

Belkin’s impressive dock flaunts a wide variety of ports which include an HDMI, DisplayPort 1.2, three whole USB-A connections, as well as support for both, Micro SD as well as regular-sized SD cards. The device looks incredibly official and sleek, the rubberized surface doing a good job at hiding a lot of the cables connected to it.

Is all of this kinda overkill for just a Steam Deck? Yeah, probably, but if you also own a laptop or are planning to buy one down the line, the Belkin USB-C Hub can be an amazing one-time investment that will cater to your Steam Deck as well as your larger systems like your gaming laptop.

That being said, any of the other six options on this list can easily fit your requirements if this one still seems too much for what you actually need.