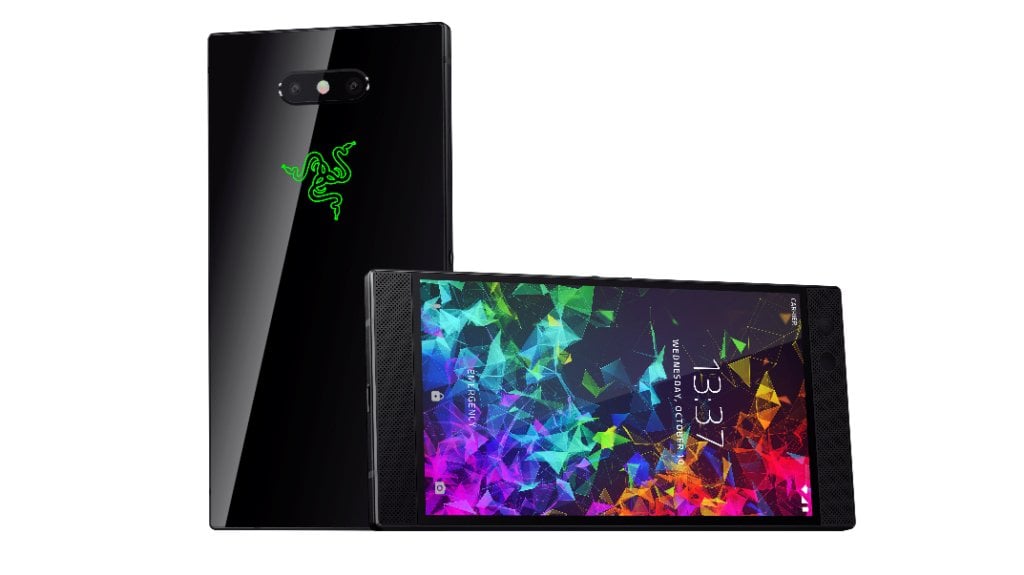 Razer has been a highly respected hardware producer for over a decade. In that time, the Singapore and U.S. based company has marked out a space in PC gaming, creating products ranging from laptops to mice and keyboards.

Released in November of 2017, the first rendition of the Razer Phone turned heads due to its sheer power, massive battery, and beautiful 120Hz display. The first phone was a hit among critics, leading to the development and release of the Razer Phone 2 the following year. The Razer Phone 2 iterated and improved on the original design. Despite being a few years old and being only available second-hand, Razer’s gaming phones remain some of the best options available to mobile gamers looking for an exceptional mobile gaming experience.

Here is the rundown on all the Razer gaming phones that have been released to date.

The Razer Phone was built specifically with mobile gaming in mind. Razer included a high refresh rate screen, a massive battery, and a powerful CPU with this smartphone. Although the Razer phone isn’t the best option for every user, it does offer incredible value to gamers looking to elevate their mobile gameplay.

Measuring 5.7 inches across, this huge phone features a 1440p display with a wide DCI-P3 color gamut to maximize the accuracy of in-game color reproduction. The screen comes with a 120Hz Q-Sync variable refresh rate, which is double the expected 60Hz refresh rate featured on most phones. Using this high refresh rate, you will have a huge advantage over other mobile gamers using lower refresh rate screens.

This phone features a Kyro Octa-core CPU, which can clock speeds of up to 2.35GHz on four cores and 1.9GHz on the other four cores. The system chip is the Qualcomm Snapdragon 835, which is a bit outdated in 2021 but holds up reasonably well.  The Razer Phone has an Adreno 540 GPU, and it comes with 8 GB of Ram. These specs were ahead of their time when this phone was released, and they continue to hold up pretty well today.

With so much power and a demanding screen, this phone is hard on the battery. Luckily, Razer included a 4000 mAh lithium-ion battery. To add some perspective, the Razer Phone’s battery is nearly double the size of the 2020 Apple iPhone battery. With that massive battery, you should be able to play games on high settings for a significant amount of time before needing to charge. If you find yourself running out of battery too quickly, you can lower your screen’s refresh rate from 120 to 90 fps to lengthen the charge. This battery is capable of fast charging using the Qualcomm Quick Charge 4+ technology, but this Razer Phone does not feature wireless charging.

The Razer Phone speakers are decent for phone speakers. They are stereo enabled, feature Dolby ATMOS technology, and are positioned on the front of the device to provide the clearest audio possible. This phone does not feature a headphone jack, so you will need to use Bluetooth or a THX-certified USB-C to 3.5-millimeter headphone jack adapter if you don’t want to use the built-in speakers. This phone does support 5.1 surround sound content.

The first generation of the Razer phone can be purchased used and can sometimes be found in new condition on the third-party market. This phone is a few years old, but it isn’t too difficult to find them for sale online if you look hard enough.

The Razer Phone 2 was released in 2018, a year after the successful launch of the first phone. This product kept many of the original Razer Phone’s features, like the gorilla glass screen and high-quality speakers, while upgrading other components to make the phone more powerful and improve its overall gaming performance.

The Razer Phone 2 comes with upgraded processing power. The newer version uses the Qualcomm 845 Snapdragon chipset and the Qualcomm Adreno 630 graphics card to achieve more than 30 percent better performance than the original Razer Phone. Razer added a unique vapor chamber cooling system, though the phone still warms up significantly when in heavy use.

The 4000 mAH capacity battery returned for the sequel. However, this phone battery is actually more efficient than the one installed in the old phone, leading to around an extra hour of game time. Like the original Razer Phone, this phone supports fast charging. The updated model also brings wireless charging, which is a nice feature that wasn’t on the original phone.

The Razer Phone 2 comes with an RGB enabled logo on the back of the phone. The RGB logo can be customized with various lighting effects found in the Razer Chroma application.

Speaking of Apps, the Razer Phone 2 comes with Razer Cortex, an app built specifically for mobile gaming. This app helps users organize all their games in one place, and helps optimize each game for the 120Hz screen.