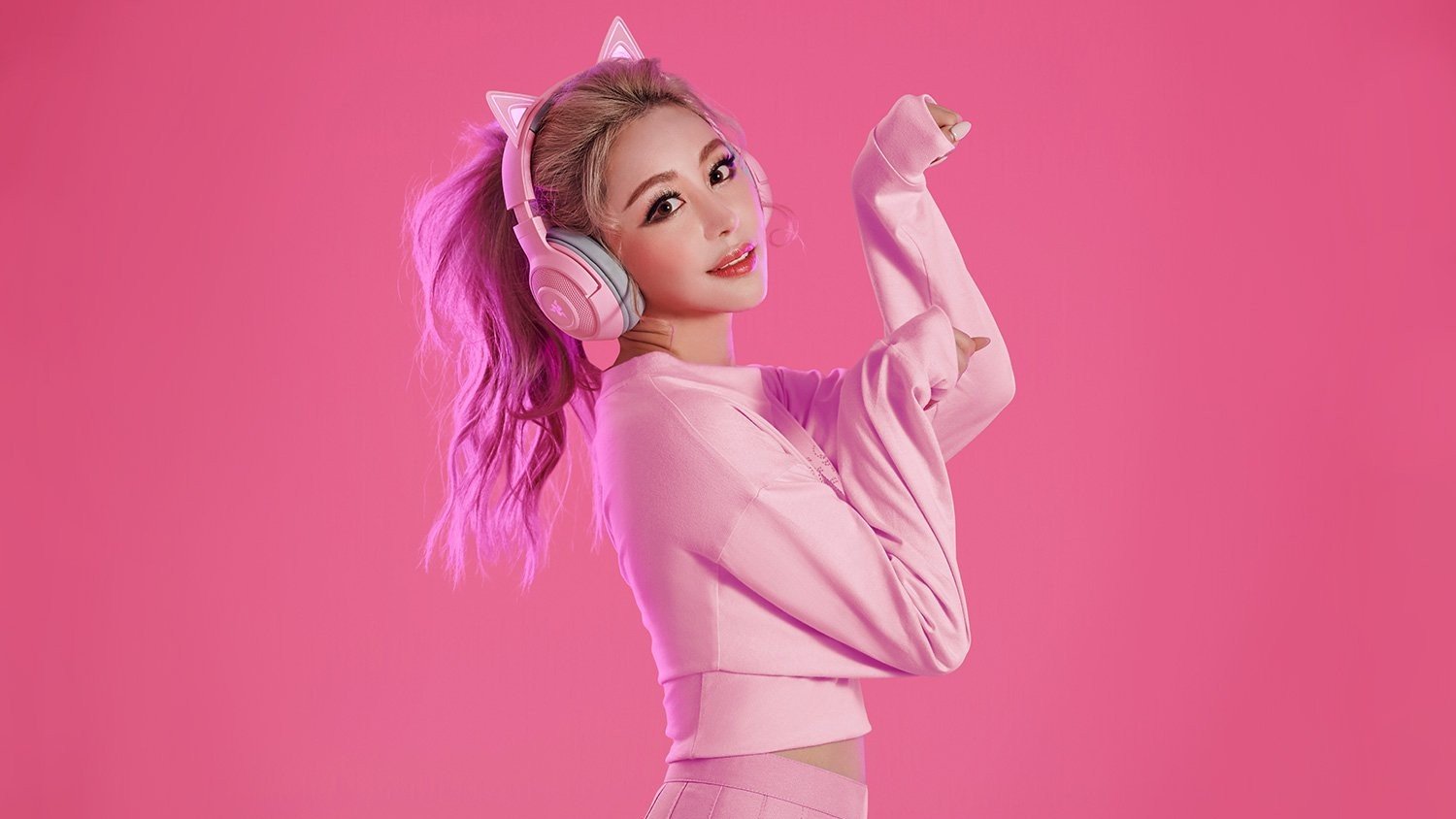 Wireless headphones can be better than wired versions because there are no cables to get in the way, and they allow greater freedom of movement. With modern wireless headphones, there’s no dip in sound quality despite the lack of a cable, and they still work well for playing games, listening to music, or streaming shows.

Most headphones come in black, but some makes and models come in other colors to suit different people’s tastes. Pink is a trendy option because it looks pretty and stands out from the usual black alternatives. These pink wireless headphones connect to devices like PCs, laptops, and smartphones via Bluetooth and have a great battery life of at least a few hours before dying.

Razer’s Kraken BT Kitty Edition is the best pink wireless headset for gamers because it’s comfortable enough for marathon sessions and has two built-in microphones to communicate with teammates. It has an all-pink plastic design with soft grey earpads and built-in cat’s ears on the headband. Both cat’s ears and the Razer logo on the ear cups have RGB lighting controlled by the company’s Chroma app.

One of the drawbacks of the Kraken BT Kitty Edition is that it doesn’t work on the 2.4GHz wireless band. It’s hard to complain, considering its $119.99 price tag, and it’s still a comfortable gaming headset with excellent sound quality.

Buyers looking for wireless pink headphones to match their active lifestyle can check out the 1MORE ColorBuds. They are compact enough to use for sports and other outdoor activities, and they include IPX5 waterproofing to protect against the elements. IPX5 means the headphones can withstand low-pressure water jet sprays to handle rain or sweat easily.

Like most wireless earbuds, the ColorBuds charge wirelessly via the case, and 1MORE claims it offers up to six hours of battery life on a single charge. There are four built-in microphones for phone calls, and each piece has a touch feature to pause or skip tracks.

At $61.87, 1MORE’s ColorBuds are reasonably-priced and are compatible with most phones and tablets. They are also waterproof to handle the outdoors and have good battery life for music or calls.

Smaller kids, in particular, are better off with wireless headphones because wired alternatives can be a choking hazard if the cable gets tangled. Puro’s JuniorJams are among the best kids’ headphones because they are small to accommodate little users and are limited to 85 dB to protect against hearing loss from loud sounds.

The JuniorJams have an on-ear design with pink earcups and accents. They are also available in other kid-friendly colors like teal, green, and blue. Connectivity options include a wired 3.5-millimeter cable, but most users will use the Bluetooth connection with a 30 feet (nine-meter) range and around 22 hours of battery life.

For kid’s headphones, the JuniorJams are relatively pricey at around $79. They are still a viable option because of their plush earcups, dual-connectivity, and volume limiter.

Many truly wireless earbuds are quite expensive and might be out of reach for some buyers. JVC’s Gumy earbuds have a clean, minimalist style and waterproofing for a low price. Its IPX4 rating can’t match the ColorBuds, but is good enough to protect them from sweat and “water splashing from any direction.”

For an affordable wireless headset, the Gumy has the same six-hour battery life as the ColorBuds, and the case provides another two charges. It includes a built-in microphone for phone calls and is compatible with voice assistants like Alexa.

Despite its lack of advanced features like active noise canceling, the Gumy has waterproofing and acceptable battery life. It’s still a practical option thanks to its low $29.99 price tag, and it’s easy to forgive its shortcomings.

JBL’s T110BT is one of the most affordable pink wireless headphones on the market and is worth it for buyers looking for decent sound at the lowest price possible. It has an in-ear design with the cable joining the two sides, housing controls for the volume, and a built-in microphone. While pink is one of the most popular colors, the T110BT is also available in black, white, grey, and blue, so buyers have many colors to choose from.

The T110BT connects via Bluetooth, and it has a similar six-hour battery life to the more expensive options listed here. Where it differs is its lack of voice assistant support, and it won’t work with Siri, Bixby, or Alexa.

While the T110BT won’t win any awards for advanced features, it has a long battery life and comes in many color options. Its $24.99 price tag is hard to beat and makes it one of the best budget buys in its class.