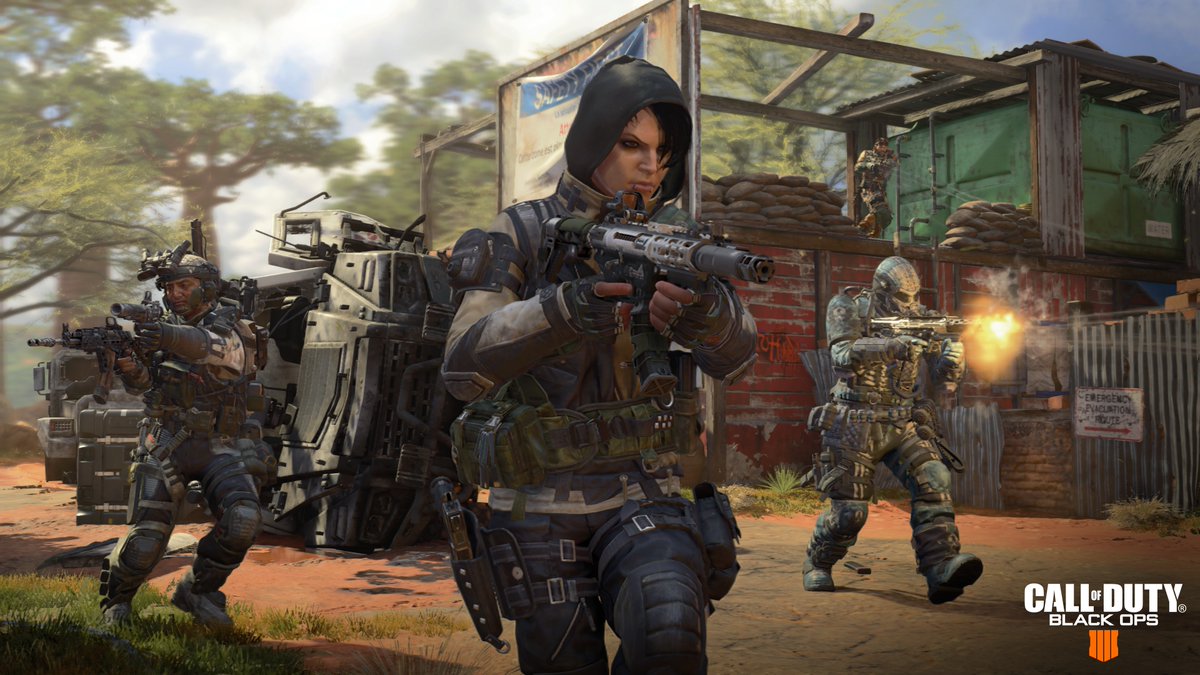 It’s Christmas morning, and you’ve just unwrapped your copy of Call of Duty: Black Ops 4. You run to your room, turn on your console of choice, pop in the disc, and download the game.

Congratulations, you’re officially ready to begin your journey as a Christmas noob.

Starting from level one is never easy—especially if you don’t have a permanent unlock token, which lets you immediately get a weapon that’s unlocked in the later levels of multiplayer.

Once you unlock create-a-class at level five, your first loadout will probably look something like this:

The ICR is one of the strongest weapons in Black Ops 4—so it should definitely be the first gun you use and try to level up. As you play more games, you’ll gain more attachments that you can throw on your guns. And as you level up in multiplayer, you’ll also acquire more perks that you can equip in create-a-class.

If you’re more of a close-range player, you might want to try out the first submachine gun in Black Ops 4: The MX9. It’s definitely not the best gun in the game, but it could be useful on smaller maps.

Once you’ve leveled up a bit, you can unlock the GKS submachine gun at level 13. Again, this isn’t necessarily the best gun, but it’s probably the next weapon you should try out (especially if you’re struggling with the MX9).

After this point, though, it’s going to be a while before any other really strong guns become available to you. We strongly recommend you keep using the ICR as much as possible, unless you simply just get bored of it.

At level 37, you can unlock the VAPR, which is probably the next best gun available in the multiplayer level progression.

Unfortunately for Christmas noobs or new players, most of the best guns in the game (besides the ICR) are unlocked in the last few levels of multiplayer. You can get the Maddox at level 49, the Saug at level 52, and the Swordfish at level 55.

All three of these weapons are definitely worth using, but it’s going to take you a while to level up all the way and reach this point.

Since this is a guide for new players, focus on using the best gun possible from the start—which, in Black Ops 4, is unquestionably the ICR. As you level up, you’ll unlock more weapons and perks that you can try out along the way.

But for all of the Christmas noobs who will just be getting started in Black Ops 4 this December, we strongly recommend using the ICR from the beginning.