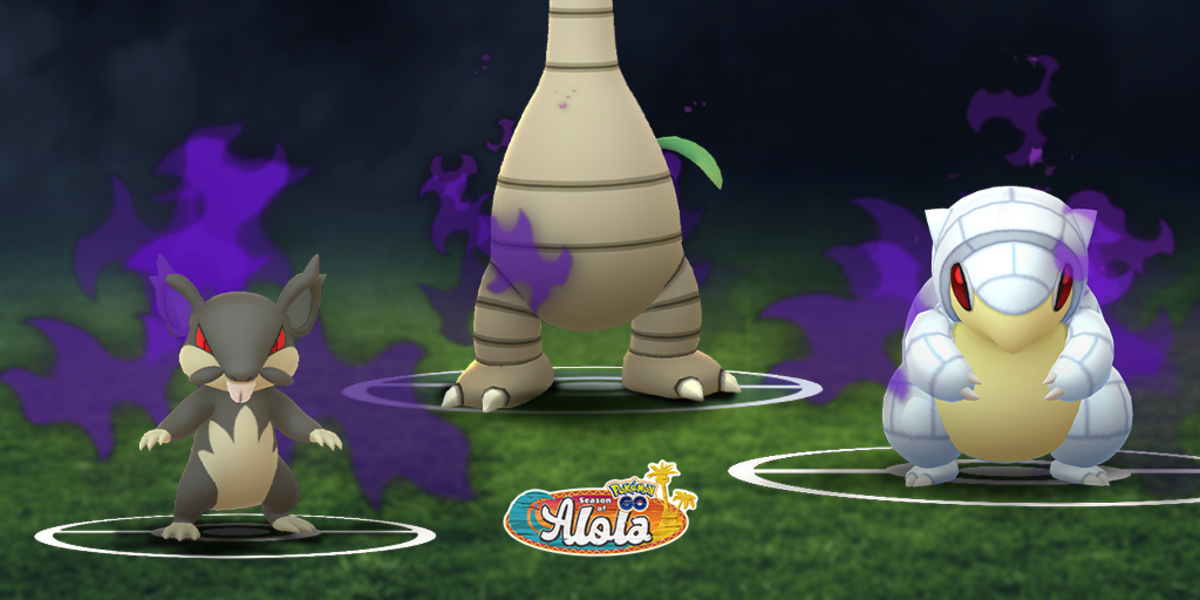 As part of the ongoing celebrations of creatures from the Alola region making their debut in Pokémon Go, both Salandit and Salazzle are now available for players to add to their collection—if they get lucky through hatching 12-kilometer eggs.

These Poison-and-Fire-Type Pokémon are the latest additions to the growing number of Pokémon available in Pokémon Go. They bring with them not only a unique typing not shared by any other Pokémon, but also an array of moves that make Salazzle, Salandit’s evolution, an interesting choice for the game’s battle modes.

Similar to the Combee line, Salandit can only evolve into Salazzle if it is a female. Considering the low percentage that Salandit may be a female, as well as its exclusivity to 12-kilometer eggs, players may have a hard time adding Salazzle to their teams. Yet if players can get their hands on Salazzle, they’ll be able to witness the power of Pokémon Go’s newest glass cannon.

Salazzle’s max CP only allows it to be used up to the Ultra League, where it may face some tough competition due to the surplus of Psychic, Water, and Ground-Type Pokémon dominating the scene. Luckily for Salazzle, its typing allows it to take down some of the most oppressive Pokémon in the Go Battle League, including Registeel, Galarian Stunfisk, and even Azumarill—should players be able to dish out super effective Poison-Type damage.

For its Fast Attacks, Salazzle has access to Incinerate and Poison Jab. These moves are both viable options for Salazzle, though players should take into account this Pokémon’s placement on their team.

When it comes to Charge Attacks, however, Salazzle has a plethora of moves at its disposal. Fire Blast and Sludge Wave are incredibly powerful in any level of the Go Battle League, pairing well with either of Salazzle’s Fast Attacks to fill the relatively-high charge gauges quickly. Yet the most interesting parts of Salazzle’s kit come in the form of Dragon Pulse and Poison Fang.

Dragon Pulse provides Salazzle with coverage against Dragon-Types that are no stranger to the Go Battle League. It is also very spammable due to its low charge gauge, allowing players to force their opponents to either use their Protect Shields or take massive damage. Poison Fang shares a similar level of spammability, but comes with the added bonuses of lowering the target’s defense by one rank, which can help Salazzle and the rest of its team.

For the Go Battle League, Salazzle should opt for a combination of Poison Jab and Fire Blast/Sludge Wave, due to both moves being some of the most powerful of their typings. Dragon Pulse can also be considered for coverage purposes, but Salazzle suffers from a multitude of weaknesses due to its Poison/Fire-typing that may not allow it to use Dragon Pulse too often.

In Raids, Salazzle’s poor defense stat may not make it the best option for many Raid bosses, but the current lineup five-star Raid bosses luckily are very susceptible to Salazzle’s Poison-Type damage. Each of the Alolan Guardians, the final two expected to be released in the future, share a weakness to Poison, making Salazzle a great option for these fights. Therefore, Raid-centric players should opt for Poison Jab and Sludge Wave for this iteration of Raids, though they can easily change them with TMs in the future.

Salandit can only be obtained in Pokémon Go through 12-kilometer eggs, which only drop from Team Go Rocket. In order to evolve into Salazzle, the Salandit must be female, and players must have accumulated 50 Salandit Candies.